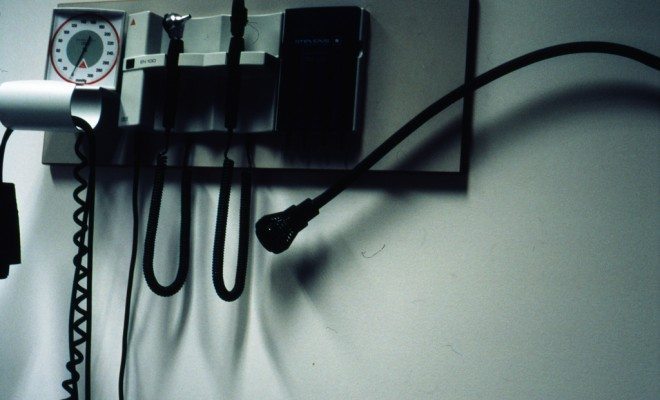 Imagine being told you have a potentially fatal disease and going through weeks of expensive treatments and stress. Then you find out you were intentionally misdiagnosed. This is the nightmare that 553 patients are experiencing after Michigan-based Dr. Farid Fata purposely misdiagnosed them with various types of cancer so that he could make more money. The unnecessary treatments they received amounted to 9,000 injections and infusions that cost the insurance companies and patients millions.

One by one, patients confront doctor who falsely diagnosed them with cancer http://t.co/lgC88qbYai pic.twitter.com/EInUjqYHe1

For example, Robert Sobieray, a 62-year-old disabled autoworker, was diagnosed with a rare blood cancer by Fata in 2010. Sobieray claims the treatments he endured caused his body to uncontrollably twitch and his teeth to fall out. When Fata was arrested in 2013 for healthcare fraud Sobieray went to another doctor who told him he actually never had the disease. Sobieray stated:

I have so much hatred towards Fata. His name causes an instant headache. He gets my stomach turning. It is hard to explain…the things I want to do to that guy I couldn’t say in public. I hope he gets life.

It’s easy to imagine that the other patients feel as similarly betrayed as Sobieray. As his patients were fearing death, the 50-year-old doctor was running seven upscale clinics and then going home to rest in his comfy Michigan mansion. After undergoing countless aggressive and unnecessary treatments many of his patients now do have health issues. Victims said the cancer treatments Fata gave them caused problems such as hair loss, depression, and high blood pressure, among others.

this doctor lied an told healthy people they had cancer so he could make money….this is the world we live in.

This doctor who lied to his patients saying they had cancer just so he can get more money from treatments, appts, etc makes me sick

In addition to misdiagnosing people, Fata also never told those who were terminally ill that they were dying. This led patients who were close to death to continue buying treatments–making him more money. They thought that their health was improving while it simply was not. “Some of these terminal patients never knew they were dying because of Fata’s lies,” prosecutors stated in a sentencing memo. Cheryl Blades said when her mother Nancy LaFrance had a recurrence of lung cancer, the surgeon told her that chemo would not help. However, Dr. Fata had different beliefs. Blades claims

He told my mother he was going to cure her. He promised her. He said you will see your youngest granddaughter graduate from high school. And none of that happened.

In September Dr. Fata pleaded guilty to health care fraud, money laundering, and conspiring to pay and receive kickbacks. Federal prosecutors are asking that he gets a 175 year sentence, while his attorney is trying to lower it to only 25 years. His hearing began Monday, and may last all week. Several of Fata’s victims have been giving statements in court this week on their changed lives–hopefully Fata’s sentencing will ultimately provide some closure and peace to his victims.

Taelor Bentley
Taelor is a member of the Hampton University Class of 2017 and was a Law Street Media Fellow for the Summer of 2015. Contact Taelor at staff@LawStreetMedia.com.
Share:
Related ItemsCancerDoctorDr. FataMichiganMisdiagnose