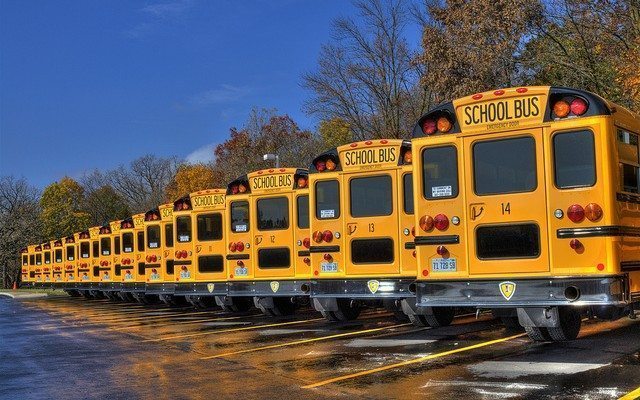 Students have to go to school- it’s the law. But what happens when a student, legally bound to go to school, is suspended for a long period of time, or even expelled? In some places, there is no contingency plan to make sure the student is learning while out of school. Should students who have been suspended or expelled be expected to keep up with schoolwork the same way their peers- who remain in classes- are?

Massachusetts has recently passed a new law, which would require school districts in the state to provide some kind of provide some kind of education to students facing long-term education or expulsion. Specifically, it says: “any school district that suspends or expels a student under this section shall continue to provide educational services to the student during the period of suspension or expulsion.”

The bill does not highlight specific ways in which school districts could supplement these students’ education, but with modern technology, online options seem feasible. Some people have pointed out that the cost of educating students outside of the classroom is expensive, but if the alternative is not having students taught at all, some expenses don’t seem like that much of a problem. There are also alternative schools, which are funded publicly for students with behavioral problems. But again, each state handles admissions to these schools differently. There is also always the concern of over-filling alternative schools, and having the education there suffer as a result.

Long-term suspensions and expulsions are not the norm for most students, but have become an increasingly common way to deal with behavioral infractions of students. Many schools have instituted “zero tolerance” policies in respect to actions like fighting and bringing weapons, alcohol, or drugs to school. If a student is found to have partaken in one of the “zero-tolerance” behaviors, he or she faces immediate and severe punishment, ranging from suspension to expulsion.

While the safety of students is of course a priority, educators and legislators need to consider the ramifications of these “zero-tolerance” policies, and many others, which lead to so many suspensions and expulsions in the first place. While the Massachusetts law is a great attempt to keep students on track when they otherwise would not be, perhaps it is more important to address these problems before students have to leave school.

The ACLU outlines something known as the “school-to-prison pipeline.” People claim that when students aren’t in school, they are more likely to engage in other destructive behaviors, making it more likely for those individuals to end up in prison. The group outlines a number of policies, including zero-tolerance policies that they say only adds to the number of students suspended or expelled each year.

By implementing this law, Massachusetts has stuck a wrench in the school-to-prison pipeline, which currently exists. Rather than letting a student’s education fall by the wayside during the suspension, students will have the opportunity to continue to keep up with classes even while not in the school building itself. Obviously, the long-term benefits of the policy are not known, but it shows that state legislatures across the country could be addressing similar topics.

Regardless of whether this method has been proven to work, the idea and rationale behind it is solid. When students are in school, they’re taught. When students aren’t in school, they don’t get taught. Having a student not in school because of behavioral problems not getting taught seems like a recipe for disaster. If more states took the path Massachusetts is taking now, down the road we could see some significant changes in the population of incarceration among youth who have faced these problems in school at a young age.