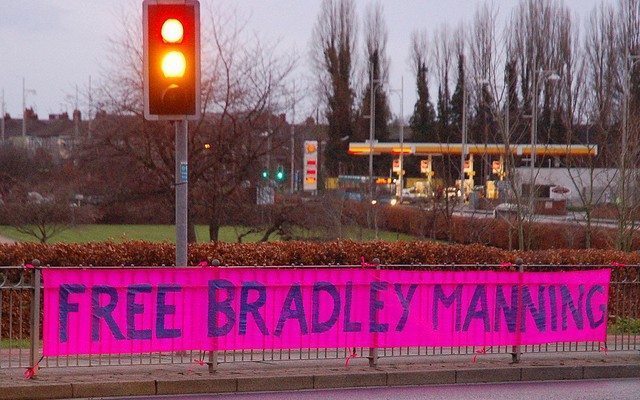 Manning Acquitted of ‘Aiding the Enemy’ but Still Guilty

A military judge acquitted Pfc. Bradley Manning of aiding the enemy on Tuesday, the most serious of the 22 counts he faced.  However, he was still found guilty of charges that could total a combined 136 years in jail. The charges relate to the massive release of video, diplomatic cables, and classified reports to the website WikiLeaks back in 2010, marking the largest leak of classified material in the history of the United States. Prior to his trial, Manning had pleaded guilty to part of at least 10 different charges and was found guilty on 20 counts Tuesday. The sentencing phase of his trial will begin Wednesday, which will answer most of the remaining questions about the potential for jail time.

In addition to the charge of aiding the enemy, Manning was also found not guilty of leaking a video of a U.S. airstrike in Afghanistan that killed many innocent civilians in 2009.  This case is part of the rising trend in document leaking cases. It is one of seven that occurred during the Obama administration alone.  Parallels have also been drawn between this verdict and the fate of Edward Snowden, who leaked classified National Security Agency files earlier this year.  Snowden currently remains in Russia where he awaits a decision on his application for asylum.