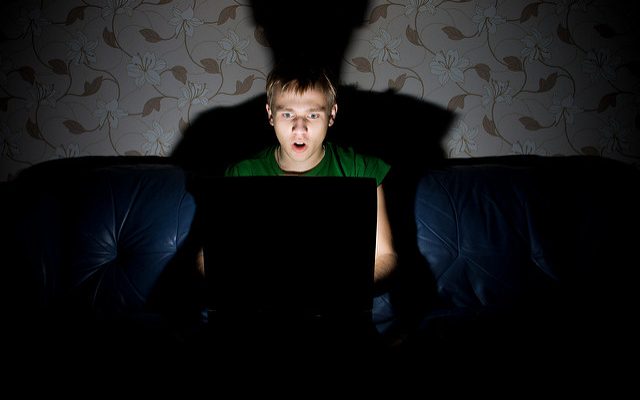 In early July, users of AlphaBay, one of the largest darknet marketplaces, panicked when their go-to supplier of illegal drugs, weapons, and other illicit items unexpectedly vanished from the internet. As is often the case when darknet marketplaces go down, many were wary that the moderators may have purposefully closed the site and made off with shoppers’ money. Though AlphaBay’s moderators quickly took to Reddit to assure users that they were working to restore the site, the internet panic left many wondering more about the mysterious “dark web” and its contents. What is this hidden side of the internet really about? And can any good be found in the dark? Read on to find out.

When you go online to browse social media, read the news, or look up directions, you’re using what’s called the “surface web.” While most of us stick to the surface web for our daily use, the truth is that it’s just a sliver of what’s available on the internet.

The deep web, which experts estimate makes up about 90 percent of the internet’s content, is comprised of all the web pages that aren’t accessible through public search engines. Library search engines, government databases, and your personal email account are all examples of pages on the deep web.

Many internet users confuse the deep web with the dark web, but the dark web is actually a tiny subsection of the deep web. It is comprised of all the hidden content existing on darknets, or encrypted networks that require use of specific software or tools to access. Darknets are specially designed to provide anonymity to users, making user presence on the dark web undetectable.

The dark web is best known to the public as a safe haven for salacious and criminal enterprises–the drug and weapons trades, child pornography, and the sale of stolen personal information, like bank accounts. But there are individuals on the dark web with nobler intentions, like whistleblowing. Wikileaks, for example, is a notorious dark web site that allows whistleblowers to anonymously upload classified information to the site. Civilians may also use darknet software to access social media in countries where sites like Facebook and Twitter are banned, or to spread news in times of censorship and political unrest.

How to Use the Dark Web

The most common way to access the dark web is using a free software called Tor, originally short for “The Onion Router,” which allows users to anonymize their web pages and their presence on the internet.

Tor was originally created by U.S. Naval Research Laboratory employees in the mid 1990s, and receives 60 percent of its funding from the U.S. government. It hides users’ IP addresses (the unique code that attaches your internet activity to your computer) by sending traffic from their computer and server to other, random points, “like anonymous bagmen trading briefcases in a parking garage,” according to Wired.

Users of Tor can access the surface web as normal, but can also browse websites that run Tor themselves–that’s where the hidden side of the internet exists. Tor websites don’t have a normal URL like Facebook.com, but instead consist of a jumble of seemingly random letters followed by “.onion,” like wlupld3ptjvsgwqw.onion for Wikileaks. This means that to access a Tor website, you most often need to know the exact web address.

Tor is working on developing its anonymity capabilities even further, Wired reported in January. Tor Project co-founder Nick Mathewson told the tech magazine that software released later this year will allow users to keep their sites completely secret, even from other Tor users.

“Someone can create a hidden service just for you that only you would know about, and the presence of that particular hidden service would be non-discoverable,” Mathewson told Wired. “As a building block, that would provide a much stronger basis for relatively secure and private systems than we’ve had before.”

Who Uses the Dark Web?

The anonymous sale and exchange of illegal substances is responsible for most of the dark web’s notoriety. One of the most famous darknet marketplaces is the Silk Road, which was shut down in 2013, only to re-appear in various iterations. Most sites use bitcoin, rather than PayPal or credit cards, for transactions, since the e-currency allows customers to maintain their anonymity.

In June, Interpol launched a digital forensics course for wildlife crime investigators, to crack down on use of the dark web for the illegal trade of ivory and exotic animals.

Hackers have also been known to sell personal information, like login details for bank accounts or email accounts. In March 2015, thousands of active Uber account usernames and passwords were being sold for as little as $1-$5 on darknet marketplaces AlphaBay and ThinkingForward.

Dozens of hitmen are also available for hire on the dark web, but many sites, like BesaMafia, have been proven to be scams, or set up by law enforcement to catch people plotting murder.

If you are unfamiliar with the dark web, you may be surprised to learn that many of its users are “Average Joes” (i.e. not internet-based arms dealers), who are interested in maintaining their internet privacy for less malicious reasons.

Politicians conducting secret deals, internet stalking victims wishing to keep their location private, and law enforcement officials investigating crimes are a large portion of the dark web’s user population. In a 2016 post on TurboFuture, blogger Dean Walsh noted the absurdity of these various populations interacting with terrorists, cybercriminals, and hackers.

“The fact that so many of the dark web’s users are enemies also leads to a strange dynamic,” Walsh writes. “I was tickled to see website security experts and criminal hackers sharing the same forums to discuss their common interests in computer security whilst hardly recognizing that they are nemeses.”

The anonymity provided by dark web sites can also be a force for justice. Activists have been able to shed light on dire situations while avoiding detection in countries where oppressive regimes prevent civilians from using social media, or otherwise censor content posted on the internet.

Nima Fatemi, an Iranian activist and contributor to the Tor Project, taught friends and family how to use the service during a series of riots and protests in Tehran in 2009. Fatemi told Rolling Stone that Tor allowed him and others to post information about what was actually happening, while state television was “just showing photos of flowers and stuff.” “I found Tor and thought, ‘This is the tool.’ It was peace of mind,” Fatemi told Rolling Stone. “I felt it a duty because so many people outside of Iran had no idea that we were protesting.”

Organizations like the Electronic Frontier Foundation encourage protesters and journalists to use Tor networks to protect their identity. The non-profit news organization ProPublica recently launched a Tor version of its website, which means readers can safely read the publication’s articles undetected. A ProPublica spokesman told Wired that the development will make the website safe for users in locations like China, where heavy government censorship can affect internet content. Facebook also has a Tor version, which it says many of its users access on the regular.

While there is some evidence of ISIS militants and supporters using the dark web and other Tor-protected services to recruit and fund their efforts, researchers at King’s College London found relatively “little militant, extremist presence” on the dark web. Thomas Rid, one of the researchers who co-authored the paper Cryptopolitik and the Darknet, told Quartz that dark web sites are not very useful for quickly and effectively spreading propaganda.

“Hidden services are sometimes slow, and not as stable as you might hope,” Rid said. “So ease of use is not as great as it could be. There are better alternatives.”

When dark web activities make headlines, it’s usually for something nefarious. This criminal side will continue to be newsworthy as the NSA and FBI crack down on illegal darknet marketplaces like the Silk Road, and stolen consumer data on dark web sites. But beyond the child pornography, drug sales, and hitmen for hire, there are activists, journalists, and everyday internet users making use of the dark web. As sites like ProPublica and Facebook turn to Tor for security purposes, the lighter side of the dark web could have its moment in the sun.