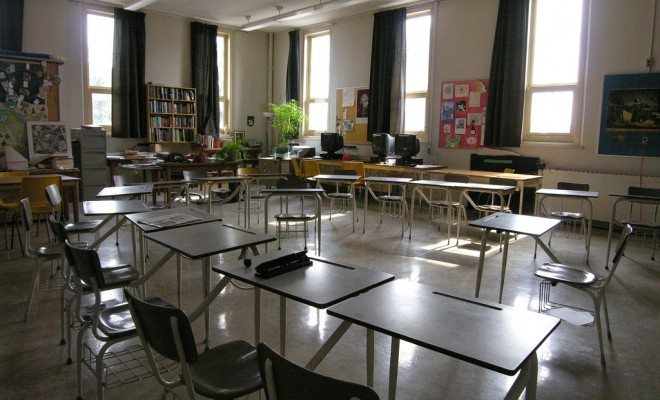 A contentious court battle has left California teachers in need of a new tenure system, after the California Supreme Court ruled that the current model does not allow all students equal access to education.

Back in February, nine students sued the school system. The students argued that the process by which teachers receive tenure and the way teachers are distributed to schools created inequity in the education received by minority students with lower income status.

One of the first things the ruling  references is Brown v. Board of Education, a landmark case that stated all students must have equal opportunity and access to education under the 14th Amendment– specifically, the equal protection clause. The case looked at three facets of the system: the 2 year tenure track, firing process, and “last in, first out” policy that led to newest teachers automatically being laid off first– regardless of how effective they were. All of these policies were found to be unconstitutional.

Furthermore, the court argued the minority and low-income students were disproportionately affected by these policies.

So, what are the implications of this ruling?

1. Other states will see similar lawsuits

California is not the only state that has rules like these, so it’s only a matter of time before other states are faced with people challenging their tenure laws, as well. It will be interesting to see if all states rule the same way- in all likelihood, they will not. Some might say these kinds of tenure programs are not unconstitutional, which could lead to drastically different tenure models in each state. There is also the possibility that some groups will try to appeal rulings to the Supreme Court. That’s still pretty far off, though.

2. Unions may get more creative in protecting teachers

This ruling does not remove the possibility of a tenure system for teachers, but makes clear that the system currently in place is unconstitutional. California, and other states who want to be proactive, will need to reassess the ways they protect their teachers. For example, the track to tenure may need to take more time, the firing process may need to get simpler, and newer teachers might not automatically be the first to go during layoffs. Of course, this ruling did not provide any specific limitations or recommendations for what changes should be made, so that debate will have to take place in the legislature.

3. Not a “fix all” for the education system

Education reform advocates are cheering after this ruling, but it is important that we do not get ahead of ourselves. Getting rid of tenure alone is not going to change the bad schools in California, because there are astronomically large social and bureaucratic barriers that play a much bigger role than this tenure program. As Jesse Rothstein points out in the New York Times op-ed, getting rid of bad teachers and fully integrating students in the classroom are not mutually exclusive. Even with good teachers, issues like poverty and language barriers affect how effective teachers can be in classrooms. While the tenure system certainly impacted students by way of ineffective teachers- even the best teachers in the world will still have a hard time in the most difficult schools.

Whether you consider this a win for students or a loss for teachers, one thing is for certain: no one has the answers to come to a balanced solution. As Judge Treu notes in the final paragraph of his ruling, “It is not the function of this Court to dictate or even advise the legislature as to how to replace the Challenged statutes.” Until state lawmakers come up with a new system, balancing the interests of students and teachers, this ruling might not be a win for anyone.