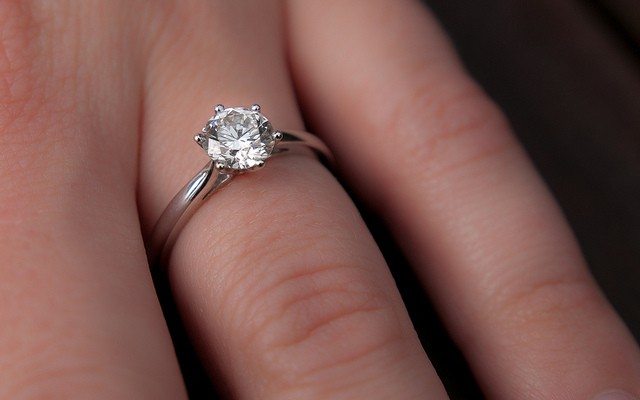 Costco: it’s a magical place where one can buy copious amounts of wine, socks, and batteries in bulk all while eating a $1.99 slice of pizza. Apparently it also happens to be the destination for inexpensive engagement rings–or, counterfeit ones.

A U.S. judge determined that when Costco decided to sell engagement rings out of jewelry cases labeled with the word “Tiffany” it willingly infringed on luxury diamond behemoth Tiffany & Co’s trademarks, and the rings were counterfeit as a result.

Tiffany filed the lawsuit in 2013 on Valentine’s Day, claiming that “hundreds, if not thousands, of Costco members bought engagement rings they wrongly believed were authentic Tiffany products.” They were initially tipped off in 2012 when a person shopping at a Huntington Beach, California, Costco complained to Tiffany that she was disappointed to see Tiffany items on sale in the store. That’s when Tiffany did some investigating and found that the location did indeed have display cases labeled with the word “Tiffany” and “that a salesperson there referred to them as such.”

Despite Costco’s arguments to the contrary, the court finds that,based on the record evidence, no rational finder of fact could conclude that Costco acted in good faith in adopting the Tiffany mark.

And it’s easy to see why. Costco’s “style argument” would be the same as me preparing a bunch of burgers resembling Big Macs and then displaying them in a case with the word “McDonalds.” It’s just not rational.

Costco has reportedly already contacted customers who bought the rings and offered a full return to anyone who was dissatisfied with their purchase. However, that doesn’t get the company off the hook.

With this verdict, Tiffany is now able to take big box giant Costco before a jury to assess damages, “including a recovery of Costco’s profits from the sale of the diamond rings and punitive damages.”

According to Reuters Tiffany General Counsel Leigh Harlan welcomed the ruling in a statement saying,

[It] further validates the strength and value of the Tiffany mark and reinforces our continuing efforts to protect the brand.

Costco has yet to respond, but needless to say it learned its lesson when it comes labeling its products–don’t put anyone else’s name on it but your own.

Alexis Evans
Alexis Evans is an Assistant Editor at Law Street and a Buckeye State native. She has a Bachelor’s Degree in Journalism and a minor in Business from Ohio University. Contact Alexis at aevans@LawStreetMedia.com.
Share:
Related ItemsCostcoCounterfeitEngagement RingsLawsuitTiffany & Co