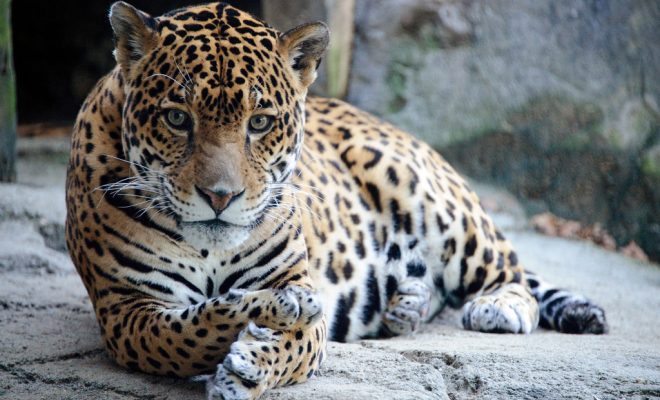 The status of the wild jaguar is “near threatened” according to World Wildlife Fund. Still, one of them was shot dead after an Olympic torch ceremony in the town of Manaus in Brazil on Wednesday.

The torch ceremony took place at a zoo and featured a jaguar, which is the Brazilian Olympic team’s mascot. According to an army statement, the animal fled from its handlers right after the ceremony. Veterinarians tried to sedate it using tranquilizers, but the jaguar resisted and lunged at a soldier, who saw no other solution than shooting it.

An endangered jaguar was killed moments after being used in the Olympic Torch ceremony. https://t.co/IScjZDedhv pic.twitter.com/Z5oatwHluB

The zoo was right next to a military center where soldiers handled the animal. However, using the jaguar, known as Juma, in the Olympic ceremony was actually illegal, said IPAAM, the Amazon state government environmental authority that restricts the use of wild animals. No one had applied to use the jaguar and therefore no permit was issued. IPAAM will investigate the incident.

The official organizing committee for Rio 2016 posted an apology on its Portuguese Twitter account that said the organization was wrong to have displayed the torch next to a wild, chained animal, and vowed that it will not happen again.

That assurance comes a little late for animal rights groups across the world. PETA issued a statement criticizing the whole thing, saying:

Wild animals held captive and forced to do things that are frightening, sometimes painful, and always unnatural are ticking time bombs—captivity puts animal and human lives at risk.

It’s neither healthy nor advisable to subject an animal to such a situation, with lots of noise and people. Often, jaguars already are stressed by being kept in captivity; that’s only compounded when they’re exposed to hubbub.

Others have also reacted on social media, calling for justice for Juma.

Rest in Peace poor innocent one #Juma the Jaguar who was mercilessly shot dead after Brazil’s Olympic torch… https://t.co/y6B7RXJNrn

I have met this jaguar. It lunged at me, but for a cuddle only. Sad to hear this https://t.co/EEfH883nvb

Despite not having even started, the Rio Olympics is surrounded by bad news–with the outbreak of the Zika virus, reports of being bankrupt, a high crime rate, bad organizing, and the impeachment of Brazil’s President. Hopefully the games will get its act together by the official start on August 5.

Emma Von Zeipel
Emma Von Zeipel is a staff writer at Law Street Media. She is originally from one of the islands of Stockholm, Sweden. After working for Democratic Voice of Burma in Thailand, she ended up in New York City. She has a BA in journalism from Stockholm University and is passionate about human rights, good books, horses, and European chocolate. Contact Emma at EVonZeipel@LawStreetMedia.com.
Share:
Related Items2016 OlympicsAnimal RightsBrazilEndangered AnimalsEndangered SpeciesJaguarOlympicsPETARioRio De Janeiro