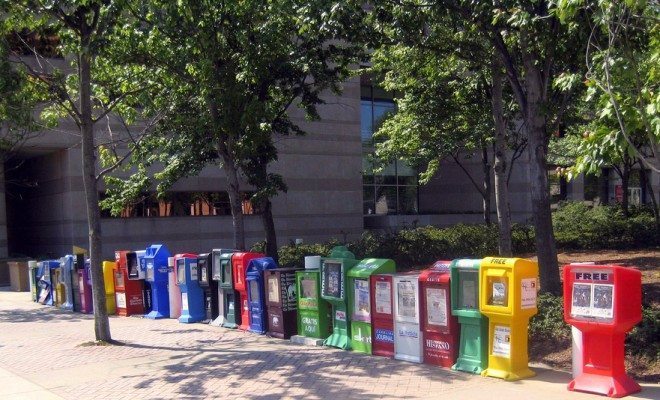 There were a lot of big news stories this year, from the Olympics in early 2014 to the ongoing Sony hack. Read on to learn about the top 15 news stories of 2014.

1. The Winter Olympics: $how Me the $ochi

The 2014 Olympics were hosted in Sochi, Russia, this winter, and the entire event was marked by controversy after controversy. The Russians were chosen to host the Olympics because of an impressive, expensive bid to the International Olympic Committee (IOC). However, the chaos of the 2014 Games left many wondering whether or not cash should be the deciding factor in the selection process.

In March, the world watched as a Malaysian Airlines flight disappeared, and many families were left devastated. It was a horrifying tragedy, but many were wondering who was to blame for the catastrophe, or more appropriately, who was liable? Given that much is still unknown about the crash, the legal questions are far from being answered.

3. Punishing Donald Sterling Is About to Get a Lot Harder

Clippers owner Donald Sterling came under fire after an audio recording of him making racist statements came to light. NBA Commissioner Adam Silver levied a notable punishment against Donald Sterling. However, given the unprecedented level of punishment, there were significant legal concerns.

4. An Open Letter to Shailene Woodley: What Every Not-a-Feminist Needs to Hear

One of the most talked about stars of 2014 was Shailene Woodley–she starred in films such as Divergent and The Fault in Our Stars. However, she also made headlines for a less flattering reason–for saying that she wasn’t a feminist. Unfortunately, she had the definition of feminism wrong.

However, another movie starlet, Emma Watson of Harry Potter fame, gave an amazing speech this year about the importance of feminism and equality. Unlike Woodley, her definition of feminism was spot-on, and she made a great appeal.

5. SCOTUS Steps Up Amid Execution Controversy

Another controversial news topic this year was the death penalty. In May, Supreme Court Justice Samuel Alito ordered the stay of the execution of a Missouri man named Russell Bucklew. The reasons for the stay were concerns over a botched execution of an Oklahoma inmate just a few weeks before.

6. Trigger Warnings Creep Off the Web and Into the Classroom

Image courtesy of OpenClips via Pixabay

Trigger warnings are a common sight on websites, in order to alert readers to content they may find troubling. However, trigger warnings started to make their way off the internet and possibly onto college syllabi. That change has led to concerns that trigger warnings may end up creating optional content in college courses.

7. The Dark Side of the World Cup: Corruption, Bribery, and Civil Unrest

This summer, the world watched as the 2014 World Cup took place in Brazil. But, much like the 2014 Olympic Games, the World Cup had problems with corruption, lack of organization, and bribing scandals. Not only was the World Cup an interesting look into the the politics of Brazil, but it says a lot about what may happen at the 2022 World Cup in Qatar.

Oh, and that guy who bit another player: The People vs. Luis Suarez

There were also plenty of individual controversies at the 2014 World Cup. One of the most salient regarded a player named Luis Suarez from Uruguay, who had an interesting move during gameplay–biting people. FIFA dealt with the bite in their own ways, but it raised the question: had Suarez’s bite occurred off the field, what would the ramifications have been?

The Senate torture report was finally released a few weeks ago, but there was a lot of infighting prior to the release. Major players included the U.S. Senate, particularly the Senate Intelligence Committee, the CIA, and the White House.

9. We Should All be Upset About What’s Going on in Ferguson: Here’s Why

This year, Ebola has killed thousands in Western Africa, particularly in Liberia, Sierra Leone, and Guinea. Globalization and international travel led to a case making it to the United States, sparking fear around the nation.

11. Strikes Against ISIS in Syria: Shaky Ground for Obama Administration

Image courtesy of Official US Navy Page via Flickr

The U.S. has been waging war against ISIS since it emerged in Syria and Iraq. Early this fall, the U.S. and some Middle Eastern allies bombed ISIS. Like any international action, the U.S. needed to be able to legally justify their actions, but that may be easier said than done.

12. The Washington Redskins: What’s Next in the Name Debate?

The Washington D.C. NFL team is called the “Redskins,” a name that has received ire for its offensive origin. Journalists have begun to refer to the team by almost any other name, and this summer the US Patent office cancelled the team’s trademark. Whether or not the name will ever be changed remains to be seen.

13. The CIA: How to Get Away With Torture

That Senate Intelligence torture report was finally released, and it was a disturbing revelation into the practices of the CIA. However, despite the fact that torture is illegal internationally, it’s doubtful that the U.S. will ever see any legal ramifications.

Earlier this month, there was a horrifying hostage situation in Sydney, Australia. But the aftermath was heartening, as Australians banded together to show the world that the actions of one mad man does not justify discrimination on a wide scale.

Australians School the World on How To Not Be Racist

Here’s a further look into the amazing Australian compassion after the Sydney hostage situation. The hashtag #IllRideWithYou was created, in order to provide support for the Australian Muslim community. Citizens of Sydney offered company to Australian Muslims who needed to travel on public transportation without fear of discrimination.

One of the biggest stories of the end of 2014 was the Sony Hacking scandal, when a hacking group called the Guardians of Peace (GOP) made its way into Sony’s computer system. The story escalated quickly, as the hacking group demanded that a movie called The Interview not be released, or drastic action would be taken.