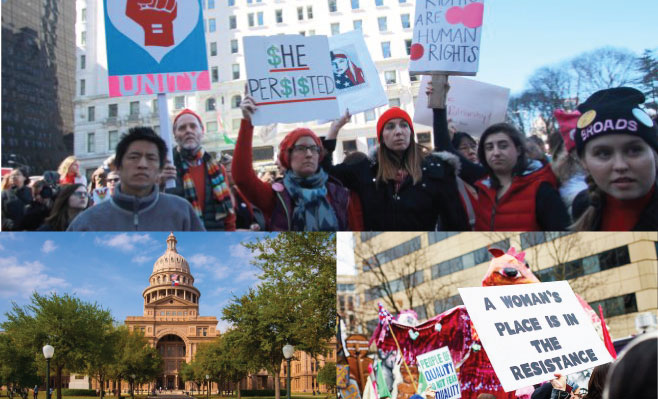 ICYMI, it’s Women’s History Month!  Last week women protested gender inequality on International Women’s Day by organizing a nationwide strike titled “A Day Without a Woman.” For that story and other top news from last week, check out Law Street’s best of the week below!

On International Women’s Day, women took to the streets of New York City (and other major cities) to protest gender inequality and highlight what a day without women would look like. Many women took the day off from work to symbolize how much they contribute to society, and many were dressed in red, which was chosen by the organizers to signify love and sacrifice. The nationwide initiative was organized by the same group that was behind the Women’s March on Washington.

The Debate Over “Wrongful Birth” in Texas

Texas lawmakers have been busy the last few weeks. Controversy surrounding a transgender bathroom bill in the mold of North Carolina’s HB2 law thrust the Texas Senate into the news after its Committee on State Affairs approved the measure with a 7-1 vote. Yet, while all of that was happening, another controversial bill flew slightly under the radar. Senate Bill 25, which was unanimously passed by the committee and will soon move on to the full senate for a vote, would protect doctors from “wrongful birth” lawsuits.

What is the “Day Without A Woman” Strike?

In honor of International Women’s Day, organizers of the Women’s March have declared March 8 “A Day Without a Woman.” Here’s what you need to know about the strike and how you can get involved.

Alexis Evans
Alexis Evans is an Assistant Editor at Law Street and a Buckeye State native. She has a Bachelor’s Degree in Journalism and a minor in Business from Ohio University. Contact Alexis at aevans@LawStreetMedia.com.
Share:
Related ItemsA Day Without a WomanBest of the WeekICYMIIn Case You Missed ItInternational Women's Daywrongful birth