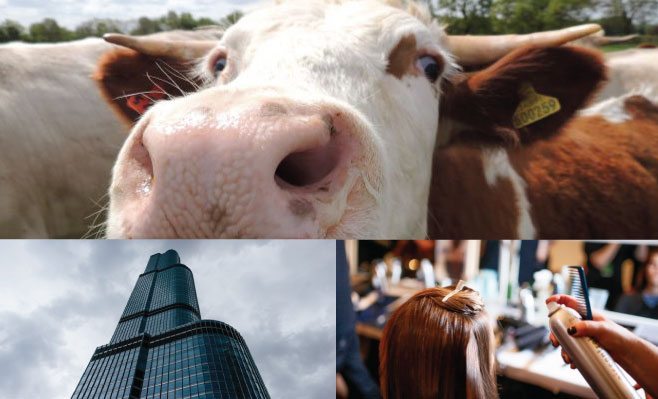 Last week’s top stories on Law Street discussed the livestock industry’s impact on the environment, allegations that Trump University was a scam, and whether or not occupational laws have gotten out of control. ICYMI, keep reading below for more on Law Street’s best of the week!

1. How Does the Livestock Industry Impact the Environment?

Globally, we eat more meat now than ever before. Cultures that traditionally held vegetarian diets have become steadily more meat-oriented. In many areas, meat is seen not only as a delicacy but also as a luxury expense and a symbol of status. As the production of meat has gone up in recent decades and the cost has steadily dropped, meat is now much more affordable than ever before. This has led to what is referred to as a “global meatification of our diets.”

However, this new trend carries with it a series of environmental burdens. The livestock industry creates enormous amounts of waste, generates pollution, and also releases large amounts of methane into the atmosphere. Read the full article here.

2. Was Trump University a Scam?

What do you get when you cross a get-rich-quick scheme with a for-profit college, while adding a healthy dose of reality TV megalomania? The answer is Trump University–a series of “classes” designed to teach aspiring young entrepreneurs the secrets of real estate passed on from the Donald himself.

Trump University, which Marco Rubio used as fodder for his attacks on Trump during last night’s Republican primary debate, did indeed exist, and many people are mad about it. Rubio was correct when he told the debate audience that there are pending lawsuits against Trump for his involvement with the organization. Read the full article here.

3. Have Occupational Licensing Laws Gotten Out Of Control?

Back in the day, entering into a profession could be very challenging for newcomers. This was particularly true in European countries during the Middle Ages when each profession developed its own organization for members to mutually assist each other and control entrance into the field. These organizations were called guilds and functioned as part union/part cartel. Those lucky enough to belong to a guild reaped benefits like a pension for his family and networking opportunities. This also regulated the quality of the services the profession had in a given locality, which benefitted consumers. For people who wanted to become part of a profession but were not born into a family that held a spot or were otherwise well-connected, guilds functioned as a barrier to entry. This kept competition tightly controlled and promoted the interests of existing members at the expense of customers and those seeking entry. Read the full article here.

Alexis Evans
Alexis Evans is an Assistant Editor at Law Street and a Buckeye State native. She has a Bachelor’s Degree in Journalism and a minor in Business from Ohio University. Contact Alexis at aevans@LawStreetMedia.com.
Share:
Related ItemsBest of the WeekEnvironmentICYMIIn Case You Missed ItLivestock IndustryOccupational LicensingTrump University