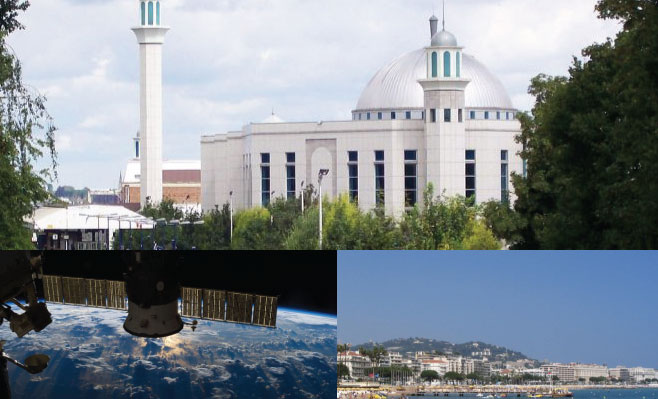 Happy Monday everyone! Ease back into the work week by catching up on some of Law Street’s top articles from last week. Our top story reported on the gathering of thousands of Ahmadi Muslims in England to reject ISIS’ violence and extremism. It was followed by an in-depth look into University of Nebraska College of Law’s space law program, and the banning of Muslim’s burkinis in Cannes. ICYMI–check out the top stories below!

More than 30,000 Ahmadi Muslims from around the world came together in Hampshire, England over the weekend to reject the violence committed by ISIS and other terrorist groups. The three-day convention, called Jalsa Salana, is a 50-year long tradition for members of the Ahmadiyya Islamic movement. Read the full story here.

2. Looking to Launch a Career in Space Law? Nebraska Law is Here to Help

Space law. It’s a concept that, to some of us, sounds ripped out of the movie “Xenon, Girl of the 21st Century,” “Interstellar,” or possibly “Gravity.” But I want you to think back to the last time you used your smartphone as a GPS. How about the last time you flew on a plane? Or the last time you checked the weather for your area. Or the last time you streamed an episode of your favorite Netflix original show. All of those activities are in some way governed by space law, and how it intersects with the distinct but related fields of cyber and telecommunications law. But what is space law, why does it matter, and how does it affect the education of law school students right now? Read the full article here.

3. Muslim Women Can No Longer Wear Burkinis to the Beach in Cannes

The Mayor of Cannes, in Southern France, has banned the “burkini” from its beaches. He claims it is a threat to public order and a symbol of radical Islam. A “burkini” is simply a garment that some Muslim women wear to the beach; it covers a wearer’s whole body and hair, but not her face. Read the full article here.

Alexis Evans
Alexis Evans is an Assistant Editor at Law Street and a Buckeye State native. She has a Bachelor’s Degree in Journalism and a minor in Business from Ohio University. Contact Alexis at aevans@LawStreetMedia.com.
Share:
Related ItemsAhmadi MuslimsBest of the WeekBurkinisCannesICYMIIn Case You Missed ItSpace Law