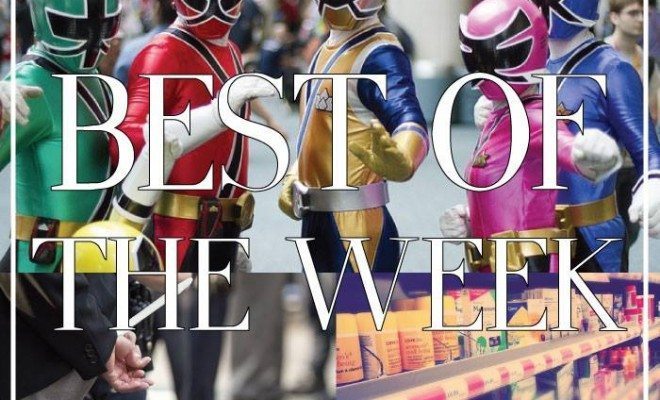 As always, there was a ton of interesting news coming out of the legal world last week and Law Street is staying on top of it for you. Alexis Evans wrote all three top stories: number one covered the former Power Ranger who was arrested–though not charged–when his roommate was killed by machete; number two was the case of the San Francisco public defender whose arrest while defending her client was caught on tape and subsequently went viral; and number three is a look at the gray area in vitamin supplements–you might be surprised with the coverage. ICYMI, check out Law Street’s Best of the Week.

Today in the category of super bizarre news that is sure to ruin your childhood, former Power Ranger Ricardo Medina Jr. has been arrested for killing his roommate with a samurai sword. According to a statement released by the Los Angeles County Sheriff’s Department,  Medina, 36, got into an argument that turned physical with his roommate Joshua Stutter, 36, at their Palmdale, CA home. Read the full article here.

Public defenders don’t always have the best reputation. TV shows sometimes portray them as being fresh out of law school, inexperienced, and not dedicated to their clients–essentially the type of person you don’t want defending you in any legal capacity. In reality, many are dedicated veterans of the courtroom, and Jami Tillotson is a prime example. In fact, the long-time public defender was arrested January 27, 2015 for sticking to her job–defending her client. The entire scene was caught on two cellphone videos recorded by other attorneys present. Read the full article here.

Supplements. They can come in the form of vitamins, minerals, herbs, or amino acids.  My “New Year, new me” brain tells me they’re good for me, but unless they come in cute, chewable gummy form, I’m just not interested. But for more than half of all Americans, taking some form of daily supplement is pretty routine. Do these tiny capsules actually contain what they say they do? The New York Attorney General’s office says no. Read the full article here.

Chelsey D. Goff
Chelsey D. Goff was formerly Chief People Officer at Law Street. She is a Granite State Native who holds a Master of Public Policy in Urban Policy from the George Washington University. She’s passionate about social justice issues, politics — especially those in First in the Nation New Hampshire — and all things Bravo. Contact Chelsey at staff@LawStreetMedia.com.
Share:
Related Items#1#23Best of the WeekCrime in AmericaHealthICYMIPower RangersVitaminsWellness