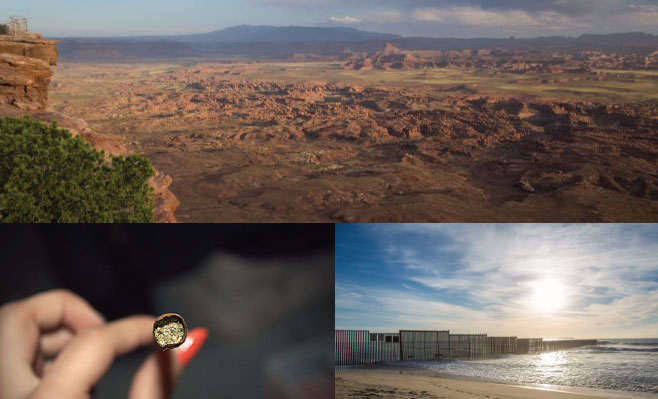 Start your Monday off right, and catch up on some of the trending articles you may have missed last week. ICYMI, check out Law Street’s best of the week below!

An Executive Order Without Justification: Attacking the National Parks

After President Trump signed an executive order last week, every national monument of 100,000 acres or more created since January 1, 1996, is under threat. At least 25 national parks and monuments established under Presidents Barack Obama, George W. Bush, and Bill Clinton will all be subject to review.

Cannabis in America May 2017: Learn How Legislators Are Aiming to Protect Cannabis Customers

Check out our May Cannabis in America Newsletter for an exclusive interview with Oregon State Rep. Carl Wilson (R-3rd District), where he discusses his state’s new bill that protects cannabis consumers’ private information from being stored by dispensaries and other marijuana businesses.

Ever since his campaign days, President Donald Trump has pledged to build a wall that will cover the border between the United States and Mexico, as a means of cracking down on illegal immigration. But those promises seem less certain each day, with Congressional Republicans hesitant to allocate billions of dollars to fund the wall and Mexico’s president denying Trump’s claims that his country would fund the project.

Alexis Evans
Alexis Evans is an Assistant Editor at Law Street and a Buckeye State native. She has a Bachelor’s Degree in Journalism and a minor in Business from Ohio University. Contact Alexis at aevans@LawStreetMedia.com.
Share:
Related ItemsBest of the WeekBorder WallCannabis NewsletterICYMINational ParksRep. Carl Wilson