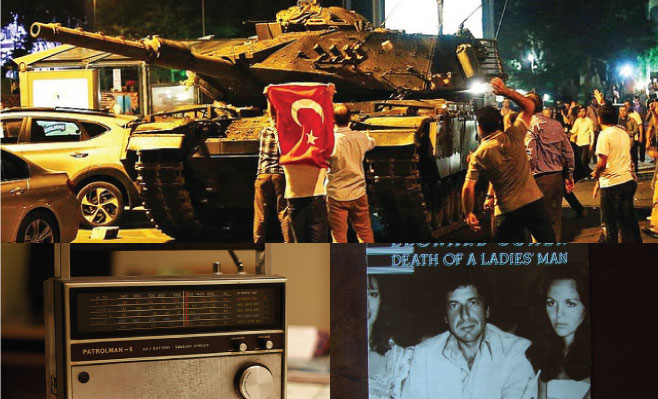 ICYMI, 2016 saw a record number of jailed journalists in Turkey and a spike in celebrity deaths, as well as a legal dispute between songwriters and radio stations that could affect your favorite music. Start your week of right and catch up on these top stories from Law Street below!

Freedom of speech is at an all-time low worldwide, according to an annual report from the Committee to Protect Journalists (CPJ). As of December 1, 2016, there are 259 journalists imprisoned internationally, with Turkey accounting for nearly a third of the global total–making 2016 the worst year for journalists since the watchdog group began in 1990. Read the full article here.

2. Radio Stations vs. Songwriters: Will Your Favorite Music Be Affected?

Grab your aux cord, because there’s a possibility that your favorite radio station is about to lose the rights to a lot of music. A legal dispute between music rights organization Global Music Rights (GMR), which represents songwriters for artists such as Pharrell, Drake, and The Beatles, and the Radio Music Licensing Committee (RMLC), a group that represents commercial radio stations in music licensing matters, could pull a lot of songs by major artists off of radio stations nationwide. Read the full article here.

It has become a common sentiment–2016 was awful. One frequent complaint: a bunch of celebrity deaths. It even felt bizarre at points–just how many legendary music stars and acting icons was the Grim Reaper going to take away from us at a time when we need them the most? Think about it: David Bowie, Alan Rickman, Leonard Cohen, Prince, Muhammad Ali, and Gene Wilder all passed away this year. Read the full article here.

Alexis Evans
Alexis Evans is an Assistant Editor at Law Street and a Buckeye State native. She has a Bachelor’s Degree in Journalism and a minor in Business from Ohio University. Contact Alexis at aevans@LawStreetMedia.com.
Share:
Related ItemsBest of the WeekCelebrity DeathsICYMIImprisoned JournalistsIn Case You Missed ItRadio stationsTurkey