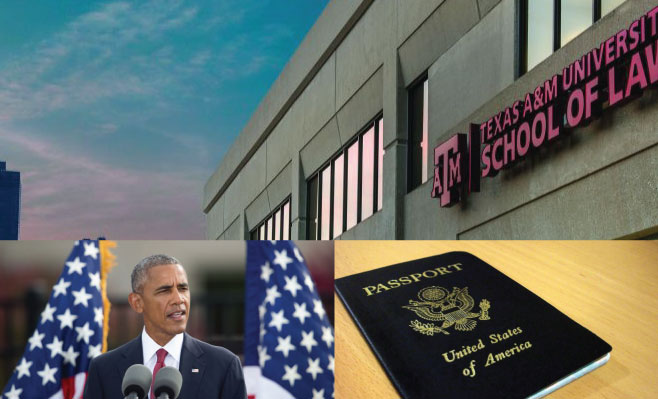 ICYMI–check out Law Street’s best of the week. Our top stories include Texas A&M’s use of technology in legal education, President Obama’s historic sexual assault bill, and the Department of Homeland Security’s immigration mistake.

Chocolate and sea salt, Supreme Court Justices Antonin Scalia and Ruth Bader Ginsburg, legal education and technology…these are all pairings that at first glance don’t seem like they mix together too well, but truly are the perfect combinations. And while legal education has traditionally been a field that hasn’t necessarily embraced the latest offerings in technology, one school in particular has broken away from the pack, and has begun offering innovative programs to students that embrace the power of technology. Texas A&M University School of Law has designed four programs–an LL.M. in Risk Management, an M.Jur in Risk Management, an LL.M in Wealth Management, and an M.Jur in Wealth Management–that use technology to bring innovative legal education to both lawyers and non-lawyers looking to expand their educations and skill sets. Read the full article here.

On Friday October 7 President Obama signed the Sexual Assault Survivors’ Bill of Rights; the most comprehensive sexual assault legislation to date. The new bill is a combination of existing laws from different states and will help make sure that rape survivors always know where their evidence is located, whether it has been tested, and the results. Previously, the legislation around rape and the handling of rape kits–the kit with materials and instructions for gathering evidence following a rape–has been unclear and repeatedly criticized. Read the full article here.

3. How Did the DHS Mistakenly Grant Citizenship to 858 Immigrants?

An Associated Press report released in September revealed that the Department of Homeland Security had “erroneously” granted at least 858 immigrants American citizenship. Typically, in any presidential election season, political parties would seize on a report like this, and would try to spin it to win the election. An issue concerning immigration is a political match to be lit, and the reactions could be explosive. Considering immigration reform has been one of the top priorities for legislators, the report may be especially relevant. Read the full article here.

Alexis Evans
Alexis Evans is an Assistant Editor at Law Street and a Buckeye State native. She has a Bachelor’s Degree in Journalism and a minor in Business from Ohio University. Contact Alexis at aevans@LawStreetMedia.com.
Share:
Related ItemsBest of the WeekDepartment of Homeland SecurityICYMIImmigrationIn Case You Missed ItObamaSexual Assault BillTechnologyTexas A&M