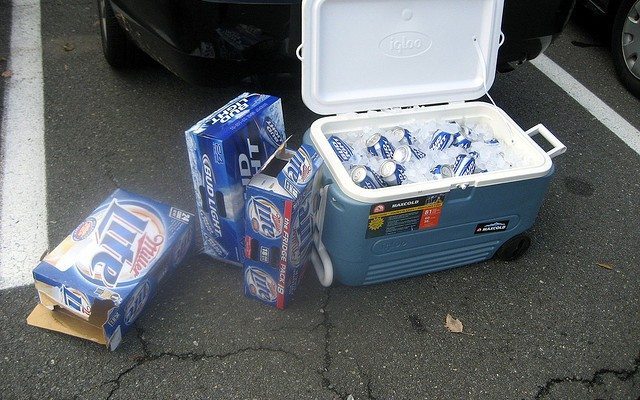 High School Student Punished for Being a Good Friend

After a young woman in North Andover, Massachusetts named Erin Cox was punished for picking up an intoxicated friend from a party, her story is receiving national attention. Formerly the varsity volleyball captain, she has been stripped of her captainship and suspended for five games.

The story of what happened that night shows that Cox is a strong, independent, and compassionate young woman. On a weekend evening early in October, she received a text from a friend who was at a party and intoxicated. Being a good friend, Cox decided to go pick her up. However she arrived there at the same time as the police, who had come to break up the rowdy underage party. About a dozen students were arrested, and another dozen or so were warned that they could be summoned to court for drinking underage.

Cox was one of the students who received that warning, despite the fact that she had just arrived and had not been drinking. In fact, a police officer at the scene who performed sobriety tests vouched for Cox’s claim that she had not had even a sip of alcohol.

Cox explained in an interview with the Boston Herald that she truly felt as though she was doing the right thing. “But I wasn’t drinking,” she told me. “And I felt like going to get her was the right thing to do. Saving her from getting in the car when she was intoxicated and hurt herself or getting in the car with someone else who was drinking. I’d give her a ride home.”

After the police reported the party break-up to the school, many students faced various punishments for breaking the school’s zero tolerance policy on drugs and alcohol. Cox was one of them. The school has claimed that simply because she was at the party when the police arrived, regardless of her purpose or sobriety, that she was in the wrong. They also claim that being a student athlete, moreover a student athlete with a leadership position, is a privilege that can be revoked for inappropriate behavior. Cox’s family is standing behind her, stating that they’re proud of their daughter’s attempt to be a good friend and responsible young adult. Her mother attempted to sue the school district, but was told that the district court did not have the appropriate jurisdiction. They are now expected to move onto a federal claim.

I have a few different issues with the punishment of Erin Cox. First, this sends a horrible message to students. Seniors in high school are taught to weight their worth on what they plan on doing after graduation. For some, the attempt to get into a college of their choice becomes all-consuming. The message that North Andover High School sent to its students preached selfishness—essentially Cox’s punishment indicated that helping your friends is not worth it because it may get you in trouble. That’s not the lesson that young people should be learning as they go out into college or the real world. High school isn’t just about algebra and AP Tests; it’s about teaching you how to be a decent human being. Furthermore, the school implicitly told Cox that she should have let her friend drive drunk, or get into a car with someone who had been drinking. Did that friend make a mistake? Yes. Did that mean she was unworthy of Cox’s help? Absolutely not.

This news story reminded me of another instance in which young high school athletes were present at a crazy, unruly party rife with underage drinking. The Steubenville case took the nation by storm, and raised important questions about appropriate behavior in teens. But Cox’s story is the flipside.

Let’s compare the two situations: Here, a young woman in Massachusetts who serves as the captain of her volleyball team is caught by the police, sober, picking up a drunk friend from a party. Her captain title is stripped, and she is suspended for five games. In Steubenville, two young men who are on the football team in non-leadership capacities are drunken underage at a party and sexually assault another teenager. Multiple partygoers take pictures, talk about the incident on social media, and harass this young woman. As recent grand jury indictments show, the high school these young men attend help them cover up the whole thing.

Now my comparison probably falls into the category of apples and oranges, but it is fair to ask: why the enormous disparity in the way these two incidents were treated? I’m not sure. It could be because of different policies at the schools. It could be because high school volleyball in Massachusetts is probably lucky to draw a 10th of the crowd as high school football in Ohio. It could be because Ma’Lik Richmond and Trent Mays were young men, but Erin Cox was a young woman. There are any number of reasons to explain why these two stories are so divergent, but none of them are particularly comforting. High schools are supposed to teach their students to be adults who are capable of acting appropriately, making good decisions, and determining right from wrong. Then these institutions of education are supposed to hold their students accountable to these standards. In my book, Stuebenville and North Andover, different as the cases may be, both failed.

Anneliese Mahoney
Anneliese Mahoney is Managing Editor at Law Street and a Connecticut transplant to Washington D.C. She has a Bachelor’s degree in International Affairs from the George Washington University, and a passion for law, politics, and social issues. Contact Anneliese at amahoney@LawStreetMedia.com.
Share:
Related ItemsCaseDesignated DriverErin CoxFootballHigh SchoolMassachusettsNorth AndoverSteubenvilleUnderage DrinkingVolleyball