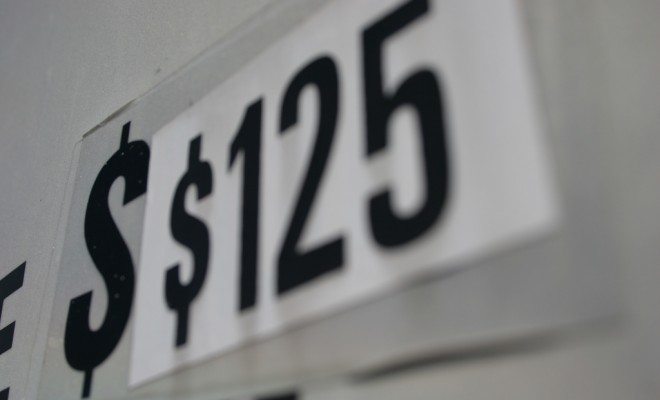 Health care costs have long been a hot topic of conversation in American culture. We’ve had problems with our health care system because the costs are high, of course, but also because sometimes they’re simply unknown. Often people who go in for a procedure, even with insurance, have no idea how much they’re going to owe until they receive a bill in the mail. One state has finally decided that that’s a bad way of doing things–starting this month, the state of Massachusetts is providing “price tags” for healthcare.

As of last week, if you are insured through a private company, you can go on that company’s website, type in what medical procedure you’re looking to get, and it will tell you how much it costs. This is part of an act that Massachusetts passed in 2012 that aimed to create greater transparency in healthcare costs, and make the system more efficient.

Now this system isn’t perfect, nor is it centralized. Not every single cost associated with a particular medical procedure will be listed–for example some places won’t list the cost of reading a scan or processing a test or an accompanying hospital stay.

The WBUR reporter who checked out the system, Martha Bebinger, also noticed some other interesting components. Health care costs vary by hospital or doctor, as well as by insurance provider. In some cases the difference was negligible, but in others, it was striking. For example, the cost of an Upper Back MRI ranges from around $600 to $1800, depending on where you go. Bebinger also noticed that the costs can change from day to day.

This is a valuable tool, because in addition to allowing patients to figure out where would be the best place to get a particular procedure, it also allows them to plan ahead. Some of the sites also create calculations of co-pays and the like, making the sites even more budget-planner friendly. Some of the sites allow the ability to leave patient reviews, so people can get some idea of the quality of the healthcare they will get before they actually commit. And while the system is by no means centralized, all of the big insurance providers in Massachusetts seem to have created some sort of online site with the ability to price-check.

The new requirements have also been applauded because of the hope that they may drive healthcare prices down. If people are able to readily access prices, they will shop around, and private doctors may offer slightly lower prices to incentivize customers.

The only possible concern I see is that people may be discouraged from going to the doctor’s office if they know in advance how much it will cost. However, I would imagine that those cases would be few and far between, and that overall, more transparency will benefit people who are on a budget.

Massachusetts has, in the past, introduced innovations in its health care system that ended up becoming national trends–the Affordable Care Act was loosely based on Massachusetts’s system of healthcare. Massachusetts may once again be in the position of testing an idea that could eventually end up a national norm.

Anneliese Mahoney
Anneliese Mahoney is Managing Editor at Law Street and a Connecticut transplant to Washington D.C. She has a Bachelor’s degree in International Affairs from the George Washington University, and a passion for law, politics, and social issues. Contact Anneliese at amahoney@LawStreetMedia.com.
Share:
Related ItemsACAAffordable Care ActDoctorsHealthcareHealthcare CostsHospitalInsuranceInsurance CompaniesMassachusettsObamacare