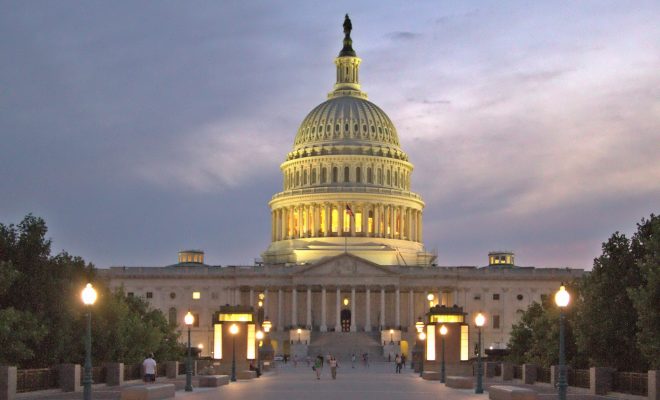 What’s Next in the Republicans’ Effort to Repeal and Replace Obamacare?

And the beat goes on: Republicans on Tuesday voted–with a tiebreaking assist from Vice President Mike Pence–to move forward and debate health care legislation. Next up in the seven-year Republican crusade against Obamacare: hours of debate, possibly dozens of amendments, and, eventually, a floor vote. But the ultimate trophy of repealing and replacing the Affordable Care Act with a Republican-backed alternative remains elusive. Here is what comes next:

With the 51-50 vote Tuesday night on the motion to proceed, Senate Republicans are in for a long couple of days. First, they will debate for dozens of hours the various versions of the bill that have been proposed in the House and the Senate. Senators will also debate what will likely amount to dozens of amendments.

A so-called “vote-o-rama” will commence after the debate. Lawmakers from both parties will be permitted to introduce amendments to the health bill–Democratic aides have hinted the party will flood Republicans with amendments to trip up their efforts. Each amendment will be allotted one minute of debate before a vote, and the entire process can go on as long as is needed.

Senate Majority Leader Mitch McConnell (R-KY) has been leading the repeal-and-replace charge over the past seven years, and it falls to him to corral his fellow Republican senators to agree on a bill. McConnell’s ideal scenario would be to repeal Obamacare and replace it with a health law that suits Republican priorities.

But the majority leader has so far struggled to align moderate GOP lawmakers and the Senate’s most conservative members behind a single bill. Several Senators have stated their opposition to prior health care legislation either because of Medicaid cuts or its insufficient conservative bona fides. McConnell scored a small victory with Tuesday’s motion to proceed vote, but can he rally enough of his troops to agree on a common strategy?

The first attempt at passing comprehensive legislation failed on Tuesday evening, as nine Republicans broke ranks and opposed the Better Care Reconciliation Act (BCRA) by a 43-57 margin in a crucial procedural vote. That bill was Republicans’ primary choice to repeal and replace Obamacare and included two amendments to try to reconcile the party’s disparate corners.

The first, introduced by Sen. Rob Portman (R-OH), would add $100 billion to a stability fund to help offset slashed Medicaid funds. A second amendment, introduced by Sen. Ted Cruz (R-TX), would allow insurers to sell pared down plans as long as they concurrently sell more comprehensive plans that meet certain Obamacare requirements. Further votes on various versions of the BCRA or alternative bills could happen later this week.

A number of Republican Senators have already stated they will not support a repeal bill in the absence of replacement legislation. As early as Wednesday afternoon, a vote could be held on a repeal bill similar to one vetoed by President Barack Obama in 2016. According to the Congressional Budget Office, that bill would lead to 32 million more uninsured Americans within 10 years.

Another idea that has been floated is known as a “skinny repeal,” which would eliminate a few of Obamacare’s provisions while still leaving intact others. The narrow repeal would get rid of Obamacare’s individual and employer mandates, which required individuals to have health insurance coverage and employers to provide insurance or pay a penalty. It may also repeal Obamacare’s medical device tax. It’s possible that the “skinny repeal” bill could dramatically change when the House and Senate meet to reconcile each chamber’s respective bills.

The road ahead is still long and filled with potentially unbridgeable divides. Immediately following Tuesday’s vote, a number of Republicans suggested they would not support a bill that is not significantly different than what has already been presented.

Sen. Dean Heller (R-NV) said: “If the final product isn’t improved for the state of Nevada, then I will not vote for it; if it is improved, I will support it.” And Sen. John McCain (R-AZ), who returned from his week-long absence on Tuesday to cast a “yea” vote on the motion to proceed, said: “Asking us to swallow our doubts and force it past a unified opposition–I don’t think that’s going to work in the end, and probably shouldn’t.” McCain, who was recently diagnosed with brain cancer, said it “seems likely” the effort would fail.

Alec Siegel
Alec Siegel is a staff writer at Law Street Media. When he’s not working at Law Street he’s either cooking a mediocre tofu dish or enjoying a run in the woods. His passions include: gooey chocolate chips, black coffee, mountains, the Animal Kingdom in general, and John Lennon. Baklava is his achilles heel. Contact Alec at ASiegel@LawStreetMedia.com.
Share:
Related ItemsACABCRACBOHealth CareJohn McCainMitch McConnellObamacareRepeal and ReplaceSkinny Repeal