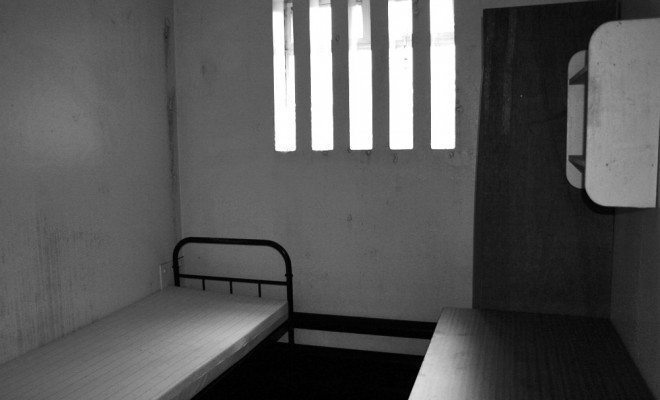 If you are an incarcerated individual in the United States, you can be found in one of two places: a government-run prison, or a private prison. Private prison is an interesting term though, as it doesn’t really explain what this kind of institutions is. A more appropriate label would be “for-profit prisons,” because at their essence, that’s exactly what they are. A small group of forward-looking thinkers in Washington, D.C. are starting to float the idea that there’s an alternative to these private, for-profit prisons. They base their concept on rehabilitation rather than punishment, and if their group continues to move forward, they could change the for-profit prison landscape for good.

Here’s a more in-depth look at private prisons and the problems they cause, but to sum it up, private prisons are the result of government prisons closing, and the government hiring private contractors to run prisons in their place. In 2011, there were 130,950 prisoners incarcerated in private facilities –more than 12 percent of the nationwide prison population. That number has grown quickly, nearly 700 percent from 1970 to 2005.

Given that the U.S. is pretty intent on locking up a larger proportion of its population than most any other country, it’s a smart business to be in. The top private prison contractor, the Corrections Corporation of America (CCA), posted $1.75 billion in revenue in 2012. And these contractors are smart enough to keep themselves in business — they have their own Super PACs and lobbying arms.

Finally, some individuals have started to point out that this isn’t a great idea. The whole purpose of prison is punishment,yes, but also rehabilitation. When the whole point of a business is making money off of those who have been incarcerated, what motive is there to rehabilitate them? Rehabilitation would almost certainly mean fewer repeat customers.

It was out of that idea that Citizens United for the Rehabilitation of Errants (CURE), a prison reform group, was born. Here is the group’s mission:

We believe that prisons should be used only for those who absolutely must be incarcerated and that those who are incarcerated should have all of the resources they need to turn their lives around. We also believe that human rights documents provide a sound basis for ensuring that criminal justice systems meet these goals.

CURE, which is composed mainly of those previously incarcerated, wants to create the first non-profit prison in the United States. They are focusing on Washington D.C., particularly on the Correctional Treatment Facility, one of D.C.’s two prisons. Given that CCA’s contract with the city will be up in 2017, CURE sees the prison as a place where they could potentially become involved and make a real change in the way prisoners are rehabilitated.

What both the private and government-run prisons are doing is just holding people. They’re playing defense; we need to play offense. We need to give people an opportunity to change their lives.

Right now the plan is by no means concrete. But the idea is there — the idea that our prisons can become more than just holding areas. That we can help those incarcerated turn their lives around. That our prison population does not need to keep growing at such a high rate. Whether or not CURE is successful, its work to change the way we in the U.S. handle prisoners can definitely have an impact.

Anneliese Mahoney
Anneliese Mahoney is Managing Editor at Law Street and a Connecticut transplant to Washington D.C. She has a Bachelor’s degree in International Affairs from the George Washington University, and a passion for law, politics, and social issues. Contact Anneliese at amahoney@LawStreetMedia.com.
Share:
Related ItemsCitizens United for the Rehabilitation of ErrantsCrime in AmericaCUREFor-Profit PrisonNon-Profit PrisonPrisonRehabilitationWashingtonWashington DC