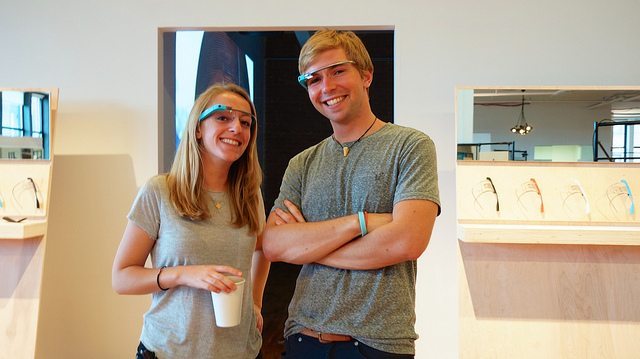 As technological advances make our lives easier, will our laws need to change to keep up with the times? That is the question that tech fans are asking after a run-in between a California woman named Cecelia Abadie and the police. Abadie was wearing one of the newest innovations in tech trends: Google Glass.

The idea behind Google Glass is simple. It’s sort of like a smart phone, but completely hands-free, and it communicates with the wearer through motions and voice commands. While Google Glass currently cannot be worn in lieu of prescription glasses, developers are hoping to add an ability to contain a prescription in coming years. Applications available on Google Glass include video capture and streaming, Google Maps, Gmail, Evernote, and The New York Times, among others. More applications are expected to be released as the technology becomes more mainstream and affordable.

Currently, Google Glass is not fully available the public, but for those in the tech industry, such as testers or developers, an “Explorer Addition” is available for $1,500.

Abadie, 44, from Temecula, California, was driving down a San Diego Highway when she was pulled over for speeding. While writing up her ticket, the officer noticed that she was wearing Google Glass and cited her for distracted driving. California Vehicle Code 27602 states that it is illegal to, “”drive a motor vehicle if a television receiver, a video monitor, or a television or video screen, or any other means of visually displaying a television broadcast or video signal that produces entertainment or business applications is operating and is located in the motor vehicle at a point forward of the back of the driver’s seat, or is operating and the monitor, screen, or display is visible to the driver while driving the motor vehicle.” According to California law, the mandatory minimum fine is $162.

Abadie claims that the glasses were turned off at the time of her arrest. The cop cited her because the monitor was in her view and because Google Glass has a small square in the top right corner that could block a person’s view. After returning home, she posted a photo of the ticket she received to some of her online profiles. Much of the feedback that she received encouraged her to take the ticket to court and fight it. She says she believes that whether or not the ticket gets upheld depends on the judge’s feelings towards technology. She stated, “It’s all in how a judge will interpret it and I suspect their love or hate and understanding of the technology might help or the opposite.”

It’s important to note that Google Glass has presented itself as a program to be used while driving. In the manual, it states that Glass can provide directions, whether “whether you’re on a bike, in a car, taking the subway, or going by foot.” However, the Glass FAQ does also point out that many states have laws preventing the use of such technology while driving. Some states have introduced legislation that specifically prevents the type of technology that Glass uses. West Virginia and Arizona specifically have created amendments that forbid drivers from “using a wearable computer with head mounted display.”

Technology often is ahead of law. I highly doubt that Google Glass will become a norm the way that using a GPS while driving has, but as this new technology develops so quickly, it may become difficult for law enforcement to keep pace. That being said, until Google Glass’s place within driving law becomes regularly accepted, intrepid tech-fans who are trying them out should assume that if they get caught driving while wearing Glass, they will pay the price.

Anneliese Mahoney
Anneliese Mahoney is Managing Editor at Law Street and a Connecticut transplant to Washington D.C. She has a Bachelor’s degree in International Affairs from the George Washington University, and a passion for law, politics, and social issues. Contact Anneliese at amahoney@LawStreetMedia.com.
Share:
Related ItemsArizonaCaliforniaCarsDriving LawsGoogle GlassLaw EnforcementSpeedingTechnologyTicketsWest Virginia