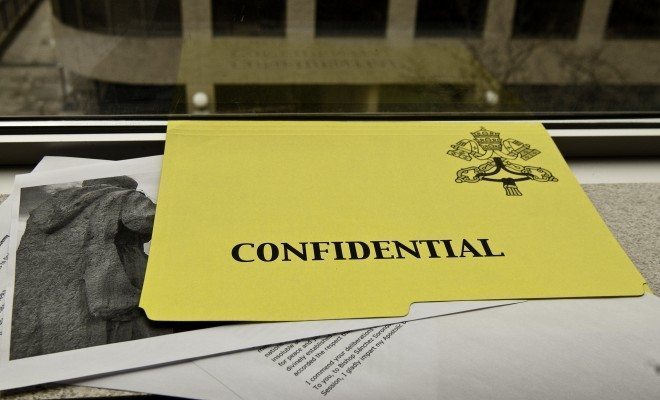 Former CIA employee Jeffrey Sterling was convicted on Monday of charges under the Espionage Act, closing a four-year case in which the government accused him of giving a reporter classified information about covert operations. This information included a plan that gave Iran officials flawed nuclear plans. Sterling allegedly gave author and New York Times reporter James Risen the information for his 2006 book, “State of War: The Secret History of the C.I.A. and the Bush Administration.”

Sterling was hired in 1993 and fired in 2001 after suing the CIA for racial discrimination, according to a 2002 New York Times article written by Risen. Prosecutors said that being fired gave him a motive to leak the information to Risen as revenge, according to the Washington Post. Having been interviewed by Risen before, the government argued that Sterling was also the only CIA employee who had a relationship with the reporter in addition to a motive.

Sterling pleaded not guilty in 2011 to 10 counts, including unauthorized retention and disclosure of classified information, mail fraud, and obstruction of justice. His defense attorneys argued that there were other CIA employees who could possibly have leaked the information to Risen.

To establish the connection between Sterling and Risen, prosecutors spent a large chunk of the the four-year ordeal trying to subpoena Risen to testify. Risen, however, vigorously fought back all the way up to the Supreme Court, saying that he’d rather go to jail than give up a source. He lost, but the government eventually let up. Attorney General Eric Holder guaranteed that Risen wouldn’t go to jail for refusing to reveal a source.

So, Risen did walk away from having to submit testimony against his will, but did hold up the case. Ultimately, that didn’t help Sterling, whose jury convicted him in an Alexandria, VA, U.S. District Court after deliberating over the course of three days. He is set to meet the jury again for his sentencing hearing in April and is free until then. Defense attorney Barry Pollack told the Washington Post that they plan to appeal the verdict.

Including the James Risen fiasco, the Sterling’s trial itself was “a daily spectacle worthy of fiction,” as the Washington Post’s Matt Zapotosky put it. By choosing to prosecute Sterling, a former CIA employee privy to classified information, the government put itself in the pickle of having to use the classified information against Sterling without revealing too much of it in the process, which would partially defeat the purpose. Several witnesses testified while hidden behind a gray screen in the courtroom and only used their first names and last initials. A Russian scientist involved in the faulty nuclear plans was asked to respond in only “yes” or “no” answers so as not to disclose more information than needed.

Despite the government’s risk of leaking information itself while prosecuting leakers, the Obama Administration has pursued many such cases. However, there is a contradiction between pursuing so many leak cases and Obama’s pledge of a “new era of openness” early in his first term.

Whether or not the Obama Administration ever truly does welcome a “new era of openness,” it doesn’t appear to define a clear line between whistle-blowing and illegal leaking. When a government makes mistakes, citizens of a country with freedom of speech and of the press ought to know whether or not they’re going to be tried under the Espionage Act. Better yet, the government could commit to its own pledge to openness.

Zaid Shoorbajee
Zaid Shoorbajee is a an undergraduate student at The George Washington University majoring in journalism and economics. He is from the Washington, D.C. area and likes reading and writing about international affairs, politics, business and technology (especially when they intersect). Contact Zaid at staff@LawStreetMedia.com.
Share:
Related ItemsCIAClassifiedIranIran Nuclear ProgramLeakNew York TimesRisenSterlingWhistle Blowing