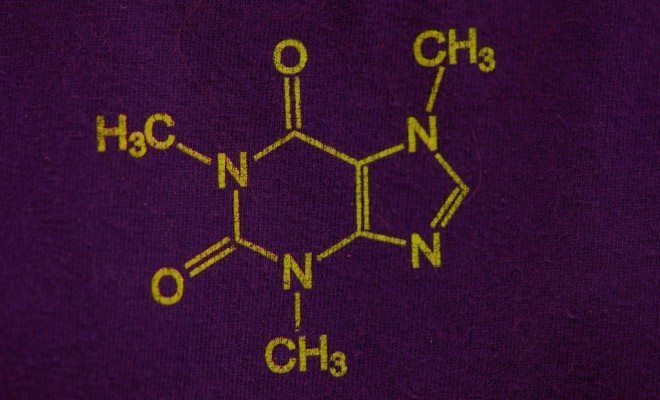 Are you a big fan of powdered caffeine? If so, you might want to watch out. There are some serious health concerns that accompany getting your fix that way. In fact, the Food and Drug Administration (FDA) has just sent warnings to five producers of powdered caffeine.

The five companies that the FDA sent warning letters to were SPN, LLC (Smartpowders), Purebulk, Inc., Kreativ Health Inc. (Natural Food Supplements), Hard Eight Nutrition, LLC and Bridge City Bulk. They all produce powdered versions of caffeine that seriously concentrate the drug–one teaspoon of powdered caffeine is equal to roughly 28 cups of coffee. According to the FDA, two teaspoons would kill most adults. What’s most worrisome about powdered caffeine is that it’s very difficult to tell the difference between a “safe” and “unsafe” amount. Given the potency of the product, the line between the two is very narrow.

However, consumers are attracted to the product because it gives an energy boost without the calories or additives inherent in other caffeinated products such as coffee, tea, or soda. It’s often sold in just a plastic bag, without a child lock or warning label. While it’s rare to find powdered caffeine in stores, it’s pretty easy to order online.

Deaths have occurred from the use of powdered caffeine. Two young men died in 2014 after consuming it. One, an 18-year-old teenager from LaGrange, Ohio, suffered cardiac arrhythmia, as well as a seizure, and was found to have a fatal amount of caffeine in his system during his autopsy. His death was noted as one of the catalysts for the FDA investigation.

In addition to the potential dangers of consuming powdered caffeine, the FDA is concerned about the fact that many don’t know how to recognize the symptoms of dangerous levels of caffeine. Given that many Americans indulge in a serving or few a day safely, the symptoms aren’t easily recognizable. In the letter to the five companies from the FDA, the agency stated:

While consumers of caffeinated products such as coffee, tea, and soda may be aware of caffeine’s less serious effects – such as nervousness and tremors – they may not be aware that these pure powdered caffeine products are much more potent and can cause serious health effects, including rapid or dangerously erratic heartbeat, seizures and death. Vomiting, diarrhea, stupor and disorientation are also symptoms of caffeine toxicity.

The FDA also warned of action it might be taking moving forward, explaining to the companies that it will be carefully monitoring the market, and if it needs to, seizing products or obtaining court injunctions to stop the sales. The warning letter doesn’t necessarily tell the companies to stop producing or selling powdered caffeine–although some may as a result. Others may take stronger precautions, such as using warning labels or including measuring devices. But it’s clear the FDA is no longer messing around when it comes to powdered caffeine.

Anneliese Mahoney
Anneliese Mahoney is Managing Editor at Law Street and a Connecticut transplant to Washington D.C. She has a Bachelor’s degree in International Affairs from the George Washington University, and a passion for law, politics, and social issues. Contact Anneliese at amahoney@LawStreetMedia.com.
Share:
Related ItemsCaffeineFDAFood and Drug AdministrationHealthOverdosePowdered CaffeineWarning Letter