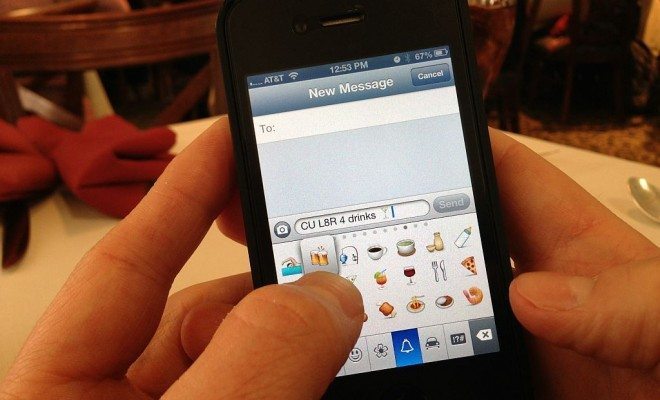 Emojis in Court: Does a :) Really Matter?

As someone who grew up firmly entrenched in the era of technology, interpreting what people say via plain text on a screen is almost second nature to me. Emojis, elongated words, abbreviations, as silly as it sounds, all convey their own unique meaning. So, it follows that how to deal with those unique meanings is an important question that jurors and the legal system were going to have to deal with someday. Well that day is today, as an argument over the significance of emojis and other kinds of virtual language have made their way into the much-anticipated trial of alleged Silk Road Founder Ross Ulbricht.

Silk Road was an online site where many illicit transactions took place–particularly the sale of illegal drugs. It was a virtual black market, hidden under layers of secrecy and encryption. In November 2013, the website was shut down and Ulbricht, 29, was arrested and accused of being “Dread Pirate Roberts,” the founder of the site.

Ulbricht is now on trial, facing charges of money laundering, computer hacking, conspiracy to traffic narcotics, and procuring murder. That last one refers to the fact that “assassins” allegedly advertised their services on Silk Road.

Well, parts of Ulbricht’s trial kind of sounds like a real life reenactment of an article warning parents about the acronyms that those darn kids nowadays are using.

That brings us back to the whole emoji issue too, because apparently this happened “IRL”:

He said “emoticon” literally every time there was an emoticon pic.twitter.com/deisI0nSEH

There was also a  particular message at issue in which a “smilie face” was used, and the prosecutor didn’t mention the smilie face after reading the message to the jury.

Essentially, the issue here is that the attorneys in this case are realizing that they can’t treat Ulbricht’s emails, chats, texts, or whatever other form of online communication like they’d treat a letter or an audio recording. The ways in which we communicate online have developed their own nuances, such as elongating certain words like “soooo” or using multiple question marks. Both of these were discussed in Ulbricht’s trial so far.

That’s why Joshua Dratel, Ulbricht’s attorney, wrote a letter to the judge asking that any forms of written communication–including emails, chats, and texts–be shown to the jury, not read aloud. He argued that the danger of different inflections, or ignoring parts of the message altogether (like just saying “emoticon”) was too high. The prosecution, obviously, disagreed.

Eventually Judge Katherine B. Forrest allowed a compromise. She allowed the chats and other text-based communications to be read into the record, but also instructed the jury to read them on their own and take note of any symbols.

This is just one part of a trial that in many ways deals with a world that has the potential to be utterly foreign to some of the jurors. Judge Forrest even recommended to both sides of the case that they develop a glossary for the terms that jurors may never have heard of, like Bitcoin, IP address, and Tor.

It’s a division in our society that is as inevitable as it is ubiquitous–knowledge of technology divides people of different ages, different social classes, and even different interests. That being said, it’s clear that the ways in which we communicate are ever-changing, and not as easy to interpret as they used to be. It’s easy to tell if someone is sarcastic from their tone when you listen to a recorded voicemail; it is not as easy when reading an email. The jurors will have to weigh these changes in technology along with the charges against Ulbricht, and moving forward, I bet we’ll see a lot more cases where the meanings of different facets of technological communication are up for debate.

Anneliese Mahoney
Anneliese Mahoney is Managing Editor at Law Street and a Connecticut transplant to Washington D.C. She has a Bachelor’s degree in International Affairs from the George Washington University, and a passion for law, politics, and social issues. Contact Anneliese at amahoney@LawStreetMedia.com.
Share:
Related ItemsChattingCommunicationCourtEmojisGenerationJuryPhoneRoss UlbrichtSilk RoadTexting