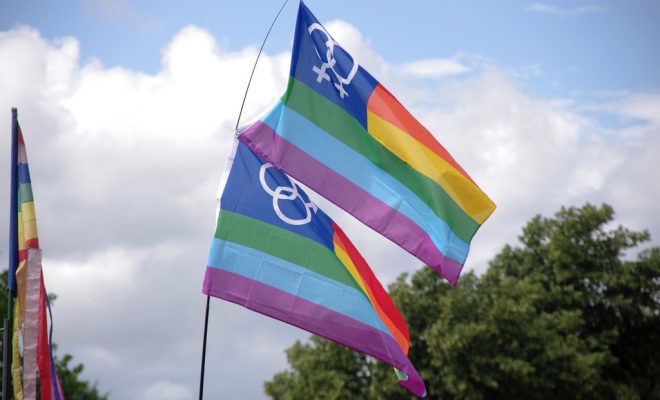 Just one day after President Donald Trump banned transgender Americans from serving in the military, a Chinese court decided in favor of a transgender man who had been wrongfully terminated from his job for “looking like a lesbian” and wearing traditionally male clothing.

This is one of China’s most signifiant steps ever when it comes to protecting the legal rights of the LGBTQ community. The court awarded the plaintiff, “Mr. C,” the equivalent of $297. The decision states that workers cannot be discriminated against “based on their ethnicity, race, gender or religious beliefs,” according to the Washington Post.

“The defendant terminated the contract with the plaintiff without a legitimate reason” and “infringed on the plaintiff’s equal employment rights,” the ruling said.

The 29-year-old plaintiff, referred to as “Mr. C” to protect his identity and his family, worked at Ciming Checkup, a health services firm, and was fired last year for his appearance as a man despite legally being considered a female. Mr. C claims he was mocked by some co-workers, and was told that he could damage the company’s reputation before he was fired.

LGBTQ activists praised the court’s decision. For one, the case was China’s first on transgender identity, and it resulted in a victory for the transgender individual. The outcome paves the way for China to institute future anti-discrimination laws in the workplace since workers currently are at the mercy of their employers.

“Personally, I think that in terms of employment discrimination, this judicial precedent goes beyond [current] legislation,” Wang Yongmei, the winning lawyer, said.

The victory marks a seminal moment for those pursuing LGBTQ acceptance in a country that restricts free speech, LGBTQ rights, and human rights more broadly.

The Chinese court’s decision stands in stark contrast to the U.S. Department of Justice’s recent comments that workplace discrimination is perfectly legal. The DOJ released an amicus brief concerning a case between a company and a gay employee claiming that Title VII of the Civil Rights Act only covers sex discrimination, not discrimination based on sexual orientation.

Despite the court’s decision, the situation for the LGBTQ community in China is far from perfect. The gay and transgender communities in the country still feel silenced in public spaces. In the past year, Chinese police canceled an LGBTQ conference in the city of Xian, and a month after that internet regulators began to ban LGBTQ content online, according to the Washington Post.

Mr. C is proud that his lawsuit sets a precedent for future employees who may be wrongfully terminated, but also recognizes China–and the rest of the world–still has a long way to go.

“Although the case has ended, we still have a long way to go,” he said.

Josh Schmidt
Josh Schmidt is an editorial intern and is a native of the Washington D.C Metropolitan area. He is working towards a degree in multi-platform journalism with a minor in history at nearby University of Maryland. Contact Josh at staff@LawStreetMedia.com.
Share:
Related ItemsChinaChinese RightsCourtEmployee RightsLabor RightsLGBTLGBT DiscriminationTitle VIITransgenderWorkers' RightsWorkplace Discrimination