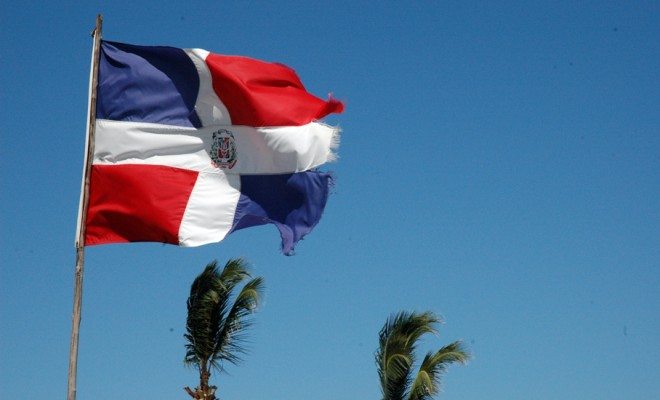 Hundreds of thousands of Haitian immigrants and Dominicans of Haitian descent currently face the risk of deportation from the Dominican Republic. Even though this process is meant to weed out only illegal immigrants, the practice has come under particular scrutiny. The Dominican Republic government has generated a lot of controversy in regards to this sudden deportation effort because many feel it is unjust.

For example, on Monday, Yayine Mesilus was snatched off the streets of her small village in the Dominican Republic and taken back to Haiti. She had migrated there eight years ago with her little brother, Clever, to look for work. She stated:

I was thrown back here because I was not carrying my document to prove I was already trying to register. They didn’t even give me the chance to explain what was happening,

Migrant workers were supposed to be given until the night of Wednesday, June 17, to register with Dominican authorities before being deported. If they had not completed the process, but began registration, they were supposed to be given a 45-day grace period. The government promised to open a path to naturalization for those who registered, after claiming to want to get a grip on its migrant work force.

The forthcoming deportation stems from a law passed last year that requires all foreign-born workers to register with the government within a year or face deportation. But this law followed a 2013 court ruling to strip the citizenship of children born in the Dominican Republic to foreign parents. For human rights advocates, this court ruling was viewed as discrimination against Dominicans with darker skin and Haitian migrant workers.

An international outcry resulted in the government later softening its stance. It promised citizenship to children whose births were in the nation’s civil registry, and a chance to nationalize those not formally registered. But with anything less then full citizenship, these people are left stateless, belonging to neither their birthplace nor their family’s homeland.

Nearly 240,000 migrant workers born outside of the Dominican Republic have started the registration process. But there are an estimated 524,000 foreign-born migrant workers in the country, about ninety percent of whom are Haitian. This leaves a huge population of migrant workers at risk for deportation.

Dominican Republic officials claim that providing illegal immigrants a path to naturalization is more generous than the policies of other countries, including the United States. But their mass deportations involve purging a racial group with which there has been a long history of tension.

Haitian workers have been crossing the border for generations to cut sugar cane, clean homes, and care for children. However, there has been racial tension since the massacre of tens of thousands of Haitian laborers ordered by Dominican dictator Rafael Trujillo in 1937. More recently, the Dominican Republic claims to be tired of bearing the brunt of Haiti’s economic troubles, both before and after the 2010 earthquake that sent Haitians fleeing across the border. The 2013 court ruling on citizenship further solidified the tense situation.

The Dominican Republic economy will most likely experience a large change when the migrants are deported. For generations, Haitians have assumed the jobs that many Dominicans do not want, filling a vital part of the labor market often below market rates. If a large portion of their labor force is removed, production costs could rise.

Moreover, this deportation policy illustrates the lack of empathy the Dominican Republic has for its Haitian born people and migrant workers. The government claims to be doing them a favor by providing them with options that have guidelines, but these options are not necessarily adequate. If the Dominican Republic wants to provide Haitians with a clear path to naturalization, it should do so–the current deportation situation illustrates that this simply isn’t the case.

Angel Idowu
Angel Idowu is a member of the Beloit College Class of 2016 and was a Law Street Media Fellow for the Summer of 2015. Contact Angel at staff@LawStreetMedia.com.
Share:
Related ItemsDeportationDominican RepublicEarthquakeHaitiImmigrationMigrant WorkersRafael Trujillo