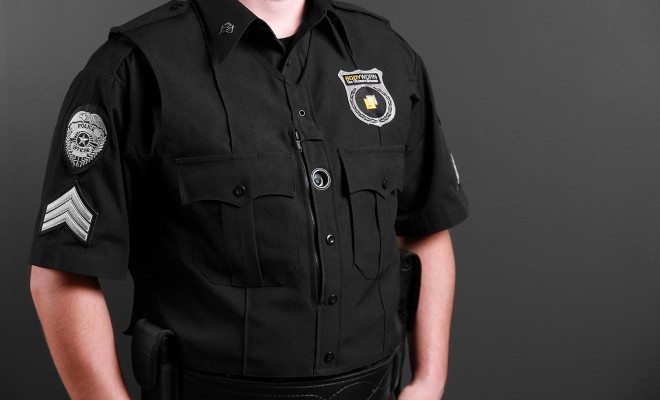 On August 11, 2014 Dillon Taylor was shot dead by Officer Bron Cruz. Cruz claimed that Taylor had a weapon and that he felt threatened by the situation because he was “100 percent convinced” it would end up in a gunfight. But no weapon was ever found on Taylor and only the first minute of the body cam footage on Cruz was released at the time of the court prosecution. Prosecutors in Utah declared the killing of Taylor justified in October 2014. But now the entire eight minute video of the shooting has been released. The video pretty convincingly demonstrates Taylor’s innocence, and continues to raise questions about the force used by police officers in the United States.

In the video, Cruz yells “Get your hands up, now!” Originally, it was reported that Taylor’s response was “No, fool” before turning around to face Cruz. Cruz said he believed that Taylor was holding a gun because when he turned around he briefly lifted his shirt, a movement that often indicates a person is reaching for a gun, and that he was going to attack Cruz. As a result of this information, the court ruled Cruz’s actions as justified. Another factor that allowed the judge to clear Cruz of any charges was that he was responding to a report of a man brandishing a gun in the area. When Cruz came across Taylor and the two men with him, he believed that they were the men that the report was referring to.

Contrarily, the full video that has now been released ten months later shows Taylor wearing headphones, explaining why he did not respond to Cruz’s command to put up his hands. The remainder of the graphic video shows Cruz bending over Taylor’s body and placing him in handcuffs instead of calling for medical attention. Cruz also does not attempt to slow the bleeding of Taylor’s wounds.

Taylor’s death falls into the larger pattern of police brutality that particularly became a national conversation last fall and has continued to be a controversial issue ever since. In 2015 alone, there have been 472 people killed by the police. While many of these victims were armed and many officers probably felt threatened, the number of deaths at police hands is directly contributing to the environment of heightened anxiety and fear.

This problem is going to keep coming back again and again. While body cameras are one proposed solution and numerous counties, cities, and states have implemented them into their police departments, that one solution is not enough. The entire footage from Cruz’s body camera should have been released at the time he was being prosecuted. Instead, only the first minute of the video was used as evidence during the court process.

Police brutality is not an issue that is going to disappear, and it shouldn’t disappear if there isn’t any reform. Police officers should not be trained solely to kill and police departments should not be so militarized. These steps towards reformation will reduce the anxiety and fear that permeates so many communities.

Editor’s Note: A previous version of this article stated the date of Dillon’s death as August 11, 2015; Taylor’s death occurred on August 11, 2014.