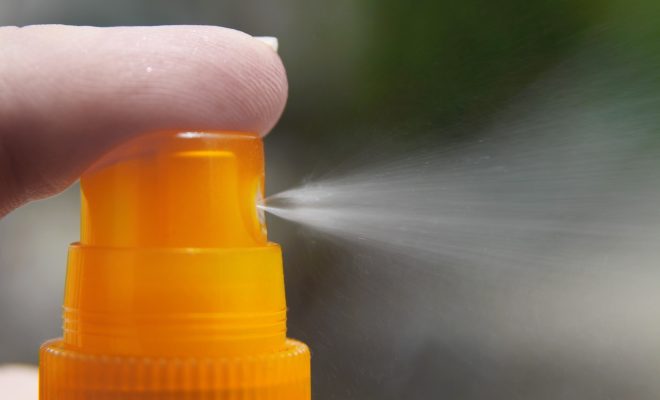 States Push to Allow Kids to Use Sunscreen in Schools

As a politician, there is a base expectation that–at one point or another–you will have to pick a side on a variety of different issues. Are you pro-choice or pro-life? What do you think about single-payer healthcare? Should recreational marijuana use be legalized? Yet even with this understanding, Utah state Representative Craig Hall must have been surprised when he had to step forward as an active proponent of sunscreen use.

Hall has four red-headed school-aged children and currently lives in the state with the highest rate of melanoma in the United States. He has even said that he buys sunscreen “in the Costco size,” so his seemingly-peculiar stance should not be a shock to anyone. But Hall cemented himself into this position earlier this year when he introduced legislation this year to allow kids to bring sunscreen to school.

“My colleagues’ first reaction to this bill was mostly, ‘Seriously? We need a bill for this?'” he told PBS Stateline.

The U.S. Food and Drug Administration classifies sunscreen as an over-the-counter drug product–right alongside ibuprofen or cough syrup–which means that students from kindergarten to 12th grade cannot bring it to school without a doctor’s note. Even with a note, it must be applied under the supervision of a school nurse.

Under this new sunscreen bill, students would be allowed to bring and self-apply their own sunscreen, without a parent or physician’s authorization. If need be, someone working at the school could help apply sunscreen on the student if a parent or legal guardian provides a signed consent form saying so. It was officially signed into law back in March and started a trend among other states to amend their sunscreen-in-school laws.

Alabama, Arizona, Florida, Louisiana, and Washington have all enacted measures that followed Utah’s example within the last four months. They joined California, New York, Oregon and Texas, which already have lifted the ban on sunscreen in school. Terry Cronin, a Melbourne, Florida, dermatologist and head of the advocacy working group for the dermatologic surgery society, attributes the quick results to how easy the issue is to get behind.

“It’s an issue that doesn’t seem to be politically divisive at all,” said Cronin. “Everybody sees that kids need to be protected from skin cancer and they should be protected with sunscreen.”

But sunscreen bills still face some roadblocks in legislatures across the country. One such bill in Mississippi cleared the Senate but died in a House committee, and a bill introduced in Georgia has stalled. In Rhode Island–where outdoor recess is mandated state-wide–a sunscreen bill was held up because the state’s association of school nurses cited concerns of potential allergies among students.

Some of the bills have continued to face challenges, even after they have become law. While many California school districts updated their sunscreen policies as a result of Billy’s Bill for Sun Safety–the nation’s first sunscreen bill enacted by the state in 2002–surveys have discovered that “many schools had not changed their practices even though the district had changed its policy,” said Jeff Ashley, a Burbank, California, dermatologist. Ashley believes this is because schools don’t want to become babysitters.

Even so, states such as Illinois, Ohio, and Massachusetts are still pushing for change. Dr. Henry Lim, president of the American Academy of Dermatology, said that the risk of developing melanoma in adulthood is strongly related to a history of sunburns as a child and teen.

“Children’s skin is much thinner, so the ability for the sun to penetrate the skin is significantly higher as compared to adults,” he said. “Having availability for kids to be able to use sunscreen saves them from a lot of sun damage and saves them from the development of skin cancer.”

Gabe Fernandez
Gabe is an editorial intern at Law Street. He is a Peruvian-American Senior at the University of Maryland pursuing a double degree in Multiplatform Journalism and Marketing. In his free time, he can be found photographing concerts, running around the city, and supporting Manchester United. Contact Gabe at Staff@LawStreetMedia.com.
Share:
Related ItemsDermatologyRhode IslandSkin CancerSunscreenUtah