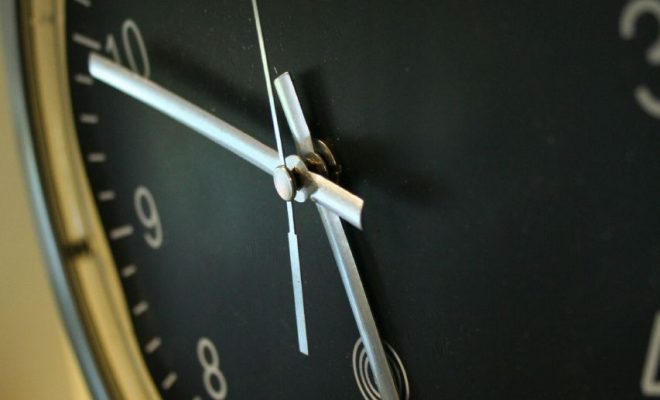 In his State of the Union address last year, President Barack Obama acknowledged the need for an update to the nation’s overtime pay rules: “We still need to make sure employees get the overtime they’ve earned,” he said. To the delight of Obama and perhaps millions of workers nationwide, but the chagrin of employer groups and some Republican lawmakers, this need has been addressed.

The Department of Labor (DOL) announced a severe adjustment to overtime pay rules on Wednesday, raising the salary threshold for those eligible for overtime pay from $23,660 per year to $47,476. The rule update–which goes into effect December 1–is designed to give 4.2 million Americans who previously did not qualify for overtime pay the money they earned from working hours beyond 40 per week. The DOL expects the new rules to generate $12 billion in wages over 10 years. The rules will be updated to reflect inflation every three years, starting in 2020.

“Increasing overtime protections is another step in the President’s effort to grow and strengthen the middle class by raising Americans’ wages. This extra income will not only mean a better life for American families impacted by overtime protections, but will boost our economy across the board as these families spend their hard-earned wages,” read the official statement from the White House released on Tuesday, a day before the new rules were announced.

In 2014, Obama issued a directive to the Secretary of Labor to “update and modernize” overtime pay regulations, suggesting a $50,440 threshold, which is slightly higher than the figure that was announced on Wednesday.

Critics of the newly designated threshold, which is nearly double the previous one, fear that it could lead to less jobs and less opportunity for upward mobility within a career. Citing an Oxford Economics study, the National Retail Federation (NRF), an advocate of the retail industry that opposes the new rules, sees a handful of hidden costs in raising the overtime pay threshold. While overtime pay would increase, they agree, base pay and hours worked would drop, leading to an overall decrease in take home pay. The study estimates a $745 million cost for retail and restaurant businesses.

“We would hope it would be a reasonable and responsible update and this final rule is not even close to that,” Lizzy Simmons, Senior Director of Government Relations at NRF said in an interview with Law Street. “[The new threshold] doesn’t reflect reality, the math is bad.”

She added that employers–in retail and other fields–will not have sufficient time to deal with the threshold increase (they have six months to adjust, Simmons said 12-18 months would be more realistic), and would have liked to see a less “reckless” increase in the new threshold.

And although both Democrats and Republicans see a need to overhaul overtime pay rules, Republicans in the House and Senate announced legislation–the Protecting Workplace Advancement and Opportunity Act–in an effort to preempt the DOL’s ruling.

“The Obama administration’s decision to drastically redefine overtime will hurt our workforce and our employers. It will lead to reduced hours, confusion for job creators, and will limit growth opportunities for employees,” said Senator Tim Scott (R-SC), a member of the Senate Labor Committee, one of the sponsors of the bill.

As the fight over the minimum wage rages on, the other issue middle class Americans hope will provide a boon to their bank account–overtime pay–has been settled for now. Exactly what that means for employees and employers remains to be seen.

Alec Siegel
Alec Siegel is a staff writer at Law Street Media. When he’s not working at Law Street he’s either cooking a mediocre tofu dish or enjoying a run in the woods. His passions include: gooey chocolate chips, black coffee, mountains, the Animal Kingdom in general, and John Lennon. Baklava is his achilles heel. Contact Alec at ASiegel@LawStreetMedia.com.
Share:
Related ItemsDemocratsGOPObamaOvertimeOvertime PayRepublicansThresholdTim ScottWhite House