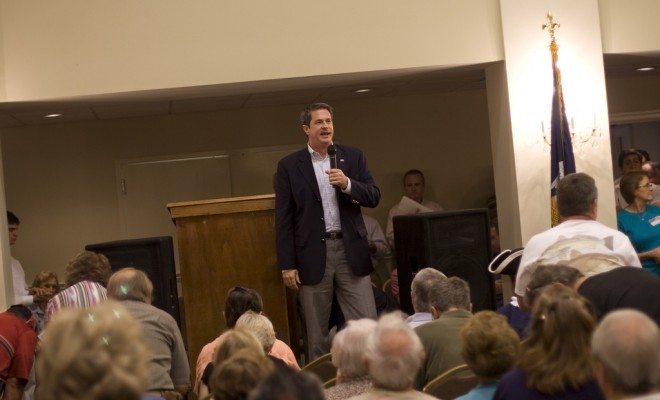 After a long battle, the Louisiana governor’s race has been decided. John Bel Edwards, a Democrat, defeated Republican David Vitter. The runoff election was held yesterday, and ended with Edwards winning 56 percent of the vote. It was a big surprise, given a consistent trend over the last few election cycles that have shown Democrats not faring well in state-wide or local elections. So what exactly happened in Louisiana?

The answer to that question isn’t simple, but there are certainly some clear things that the Vitter campaign did poorly, and some things the Edwards campaign did very well.

Let’s start with the current political environment in Louisiana, for example. Current Governor Bobby Jindal isn’t particularly well liked there–a recent poll found that he only had a roughly 20 percent approval rating overall, and even worse, 55 percent of Republicans in the state don’t approve of his job performance. So, painting Vitter as a successor to Jindal was a good move for the Edwards campaign–failing to distance himself from Jindal was something that Vitter did poorly.

The recent debate over the Syrian refugee crisis also didn’t play well for Vitter and and gave Edwards an advantage, as Edwards was able to attack Vitter on the fact that he had missed key hearings on the situation in Syria as a senator. While Vitter tried to spread fear about Syrian refugees in Louisiana, that tactic didn’t fare so well as the example he used of a Syrian refugee fleeing the state was quickly debunked.

Finally, there were the candidates themselves. Before running, Edwards was relatively unknown, but compared to scandal-plagued Vitter, that was a good thing. But what was known about Edwards played well in Louisiana–according to the New York Times he’s:

A Catholic social conservative from a family of rural law enforcement officers who graduated from West Point and served eight years of active duty in the Army.

In contrast, Vitter was still fighting to bury a prostitution scandal from 2007, when his name was included on a list of clients of the infamous “D.C. Madam.”

So, is the race in Louisiana a lesson for Democrats who are struggling to win statewide offices? Maybe–Edwards’ campaign certainly was a success. But whether or not it was a replicable success is difficult to ascertain. Many of the factors that helped Edwards be successful–Jindal’s notable unpopularity, the current Syrian refugee controversy, and the two candidates’ relative backgrounds–uniquely fit together to spell success for Edwards. So, while this is great news for the Democrats in Louisiana, statewide races are still going to be tough for the left to win.

Anneliese Mahoney
Anneliese Mahoney is Managing Editor at Law Street and a Connecticut transplant to Washington D.C. She has a Bachelor’s degree in International Affairs from the George Washington University, and a passion for law, politics, and social issues. Contact Anneliese at amahoney@LawStreetMedia.com.
Share:
Related ItemsBobby JindalDavid VitterDemocratGovernorJohn Bel EdwardsLouisianaRepublican