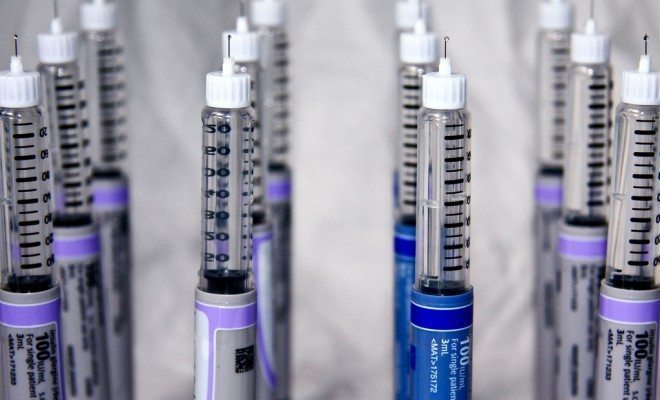 The World Health Organization (WHO) recently announced that Cuba is the first county in the world to eliminate mother-to-child transmission of HIV and syphilis.

“Eliminating transmission of a virus is one of the greatest public health achievements possible,” Dr. Margaret Chan, the WHO director-general, said in a Tuesday press release. “This is a major victory in our long fight against HIV and sexually transmitted infections, and an important step towards having an AIDS-free generation.”

Preventive treatment for mother-to-child transmission of HIV and syphilis is not 100 percent effective, so the WHO defines elimination as a reduction of transmission to a level that it no longer constitutes a public health problem. So the country must demonstrate that it has seen less than 50 infections from this particular route of transmission per 100,000 live births for at least one year. Cuba has surpassed those requirements. In 2013, only two babies were born with HIV and five with syphilis. Officials claim that this recent milestone shows that an end to the AIDS epidemic is possible, and that they expect more countries to seek validation from the WHO.

There are 16 million women worldwide who are living with HIV, and each year, about 1.4 million of them will get pregnant. The risk of passing the virus to the child is only around 1 percent if anti-HIV drugs are provided during phases of potential infection, which span through the pregnancy until breastfeeding. However if completely untreated, the risks are much greater, with a 45 percent chance of the child being infected during one of the pregnancy stages. Even though syphilis does not receive as much attention, infection during pregnancy and the absence of antibiotics can lead to stillbirth or neonatal death.

In order to reduce the mother-to-child transmission rate, the WHO and Pan American Health Organization began to work with Cuba and other countries back in 2010. The initiative worked to improve testing and treatment for these infections, caesarian deliveries, prenatal care, and breastfeeding substitutes. Some of their services also include prenatal care. Maternal and child health programs are integrated with HIV and STD programs. Similar services, which are a part of Cuba’s universal health system, are being implemented in a number of other countries to help work toward the global target of less than 40,000 new infections annually.

Worldwide, the number of children born with HIV dropped to 240,000 in 2013 from 400,000 in 2009, the WHO reported. In order to reach the target of no more than 40,000 new child infections in 2015, officials say more efforts will be needed around the world. But while Cuba may have been the first country to receive the WHO validation, that does not mean other countries have not reach elimination status. According to the Pan American Health Organization’s Director Carissa Etienne, it’s likely that the U.S. and Canada have already eliminated mother-to-child transmission of both of these infections, but haven’t sought validation.

So what do Cuba’s recent medical advances mean for the United States now that a relationship has been formed?

Cuba has one of the most advanced medical biotechnology industries in the world and invests heavily in the production of new treatments and medications. The Cuban biotech industry is said to hold around 1,200 international patients, and markets pharmaceutical products and vaccines in more than 50 countries–but not in the United States. For the 26 million people in the United States who have diabetes and the 80,000 Americans who suffer from diabetics amputations a year, this has significance. Because of the government’s continuous funding, Cuba has developed a safe and effective medication that reduces the risk of amputation by 78 percent.

This is just one example of how Americans can benefit from all of Cuba’s medical advances. Cuba’s medical prowess is impressive–eliminating HIV and syphilis transmissions are just one example of its potential. Even with the new relationship recently announced, Cuba and the United States have a lot of work to do to improve their relationship. But hopefully this new relationship will encourage Cuba to share its medical advances, and improve health worldwide.

Angel Idowu
Angel Idowu is a member of the Beloit College Class of 2016 and was a Law Street Media Fellow for the Summer of 2015. Contact Angel at staff@LawStreetMedia.com.
Share:
Related ItemsAmericaCubaHIVSyphilisWHOWorld Health Organization