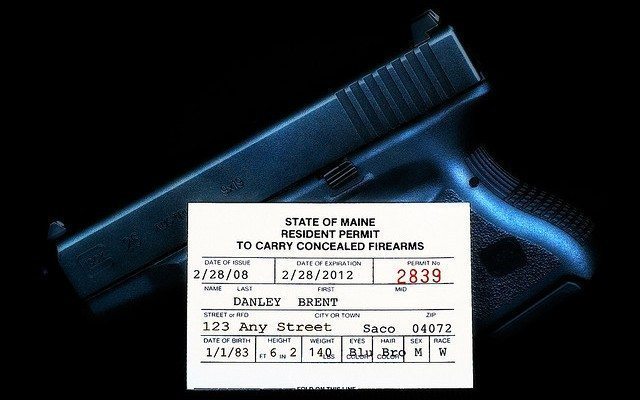 Until last year, there was only one state without a conceal carry law, and that state was Illinois. A Federal Appeals Court stated last winter that the ban on carrying concealed weapons was unconstitutional. The court required the Illinois legislature to draft a conceal carry law by July 9th, 2013, for implementation by January of 2014.

The law has been written, and is ready to take effect, but it has led to a lot of confusion in Illinois. There are a lot of places where it is still forbidden to carry a concealed weapon, and there were many caveats inserted into the brand new law. For example, one of these complications is that it is illegal to take a concealed gun to a large fair or parade. But you can have a gun on the street normally. So, if you happened to be walking home with your legal concealed gun, and run into the parade, your gun suddenly becomes illegal. This makes things very complicated, because if someone was arrested for having a gun in a public gathering, they could just claim they were walking home.

Now I think the fact that restrictions are put on where concealed firearms can be taken is a good thing. I live in the one single, solitary place in the United States where it is still illegal to carry a concealed weapon–Washington DC–and I am completely okay with that. But I have to admit that these laws in Illinois do seem unnecessarily confusing.

Colleen Lawson, who owns a gun training facility stated, “it’s like a Byzantine maze. It’s possible to get through it without breaking any laws, but it’s tricky.”

The confusing law seems to be the result of the short period of time that the Illinois Legislature had to cobble it together, as well as the conflicting lobbies fighting for their say, leading to weird contradictions and Catch-22s.

a scenario in which an armed person goes to a restaurant for a meal and decides to take a CTA train home. In that case, the permit holder would have to unload the gun and put it in a purse, backpack or other encasement. But the trick is removing it from the holster and unloading it. That can’t be done in public view. You can’t even go to a restroom inside the station and do it. To do it legally, the carrier would have to find a place nearby that allows firearms and go there to unload and put away the gun.

Like I said, it’s hard for me to say that conceal carry laws should be looser, because personally I’m not a fan of conceal carry on principle. But I really do believe that if you’re going to make a law, it shouldn’t be full of such gaping contradictions and complications the way this new Illinois conceal carry law is. It will make patsies out of innocent people who didn’t realize they were breaking the law, and that’s just not right.

Anneliese Mahoney
Anneliese Mahoney is Managing Editor at Law Street and a Connecticut transplant to Washington D.C. She has a Bachelor’s degree in International Affairs from the George Washington University, and a passion for law, politics, and social issues. Contact Anneliese at amahoney@LawStreetMedia.com.
Share:
Related ItemsChicagoConceal CarryFirearmsGun ControlGun LawsGunsIllinoisIllinois LegislatureWashington DC