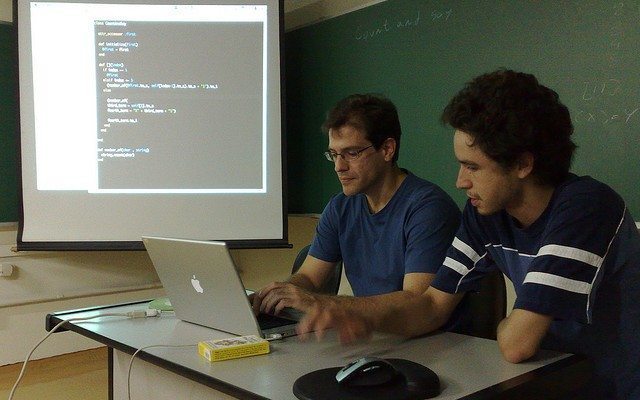 Computer Programming as a Foreign Language?

A new idea is being proposed that could dramatically change education requirements in United States public schools. In New Mexico, State Senator Jacob Canderlaria, a democrat, has proposed a bill that would allow computer programming to count towards student’s foreign language requirements. Candelaria claims this measure would help promote the teaching of computer coding since its inclusion in a school’s curriculum would be funded by the state. Schools would still be able to choose which languages they offer to their students, as they currently do, but also would provide any computer programming language to students as an alternative to a traditional foreign language. New Mexico is not alone in offering this intriguing suggestion; Kentucky has had a similar bill mentioned in its own state legislature. State Senator David Givens, a republican, sponsored the Kentucky bill, and stated that the measure would make it easier for students to begin studying computer science.

It is true that state sponsorship of computer programming classes could have many benefits. The salaries for computer programming jobs are much higher than the national average, and students pursuing computer science could expect to receive a good income. In addition, there is evidently a greater need for understanding computer code in this digital age, and incentivizing early learning of computer programming could boost the number of college students who choose to major in the field. The National Center for Education Statistics (NCES) found that in 2010, only 2.4 percent of graduates received degrees related to computer science. With a low number of college graduates receiving education in this lucrative field of study, it is evident that the nation could benefit from some kind of incentive for schools to teach computer programming.

There are a multitude of reasons why learning foreign languages is extremely important.  As globalization increasingly links countries together in business, foreign relations, trade and other areas, knowledge of other languages can be the deciding factor when choosing candidates for higher level jobs. In addition, the United States is already way behind other countries in terms of the percentage of their population who understand multiple languages. According to data from 2010, while 53 percent of Europeans know at least one other language besides their native tongue, just 18 percent of Americans speak an additional language. Most European schools begin instructing their pupils in different languages in elementary school, while only a third of US elementary schools include this vital component of education. This is especially troubling as studies have shown that people are better able to master languages when they start at young ages.

The United States is still very much in the mindset of an English centered world in which English is the lingua franca. Many Americans know that English, for the time being, remains an extremely important language that citizens of many other countries are learning. However, the comfort of only needing to speak English could be challenged as the years go by. As China continues to increase its economic power, many other countries are starting to focus on Mandarin as well as English. Additionally, other areas of the world that speak languages like Arabic, Russian, Hindi and others are becoming increasing important for business and diplomacy. And even closer to home, the English dominance of America will soon be challenged: it is projected that by 2050, Spanish will replace English as the most widely spoken language in the country. It is crucial that Americans begin to learn other languages to prepare for the future, and the first step should be to focus on strengthening foreign language programs in schools.

Schools should not be opposed to finding more ways for computer programming to enter their curriculums but not at the expense of foreign language.

Sarah Helden
Sarah Helden is a graduate of The George Washington University and a student at the London School of Economics. She was formerly an intern at Law Street Media. Contact Sarah at staff@LawStreetmedia.com.
Share:
Related ItemsComputer ProgrammingEducationLanguagePolicySchoolTechnologyUnited States