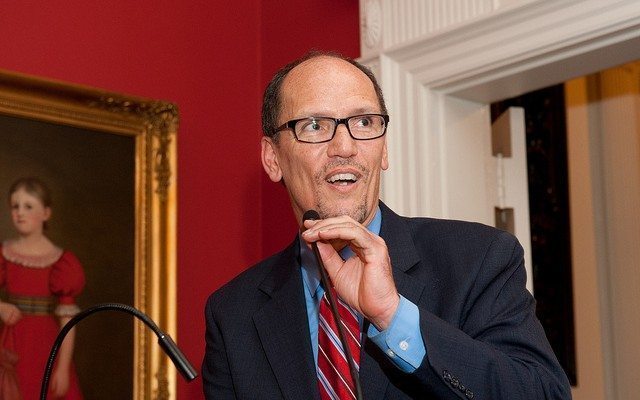 The Senate ended debate on Tom Perez, President Obama’s Labor Secretary Nominee, with a cloture vote of 60-40, the minimum amount necessary to proceed to a final vote.  Six Republicans, two Independents, and all 52 Democratic Senators made up the coalition that led to the end of debate.  The vote came after Senator Marco Rubio (R-Fla.) called for his colleagues to continue debate on Perez who reportedly did not cooperate with an investigation into his work at the Justice Department.  Despite Senator Rubio’s claims, there were still many who defended Perez, like Senator Tom Harkin (D-Iowa) who said “The contentions made by the senator from Florida are just absolutely wrong.”

Kevin Rizzo
Kevin Rizzo is the Crime in America Editor at Law Street Media. An Ohio Native, the George Washington University graduate is a founding member of the company. Contact Kevin at krizzo@LawStreetMedia.com.
Share:
Related ItemsClotureConfirmationPerezSenate