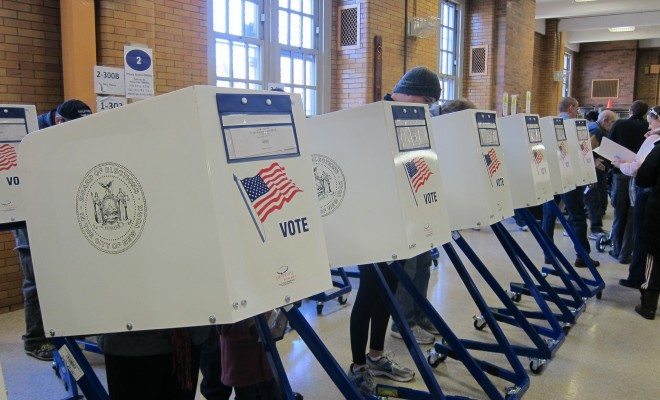 Last night, in an incredibly heated runoff election, Mississippi Senator Thad Cochran narrowly defeated his Tea Party challenger, Chris McDaniel, by 6,600 votes. This was a come-from-behind victory for Cochran and practically guarantees him a seventh term that many never thought he would see. This is a win for Republican establishment figures, who are still reeling from the defeat of Eric Cantor just two weeks ago. Cochran’s victory will be finalized as soon as McDaniel decides to concede, but that could take a while given he is considering legal action.

In order to understand why a legal challenge may be fair here, it’s important to understand what exactly happened in the primary. McDaniel is upset because of the methods Cochran employed to win the race. Cochran knew he was trailing among the Republican voters, so he turned to Independents and Democrats for support. In Mississippi, that essentially meant appealing to the African American population. Cochran courted African American voters by playing up his credentials as a veteran senator who knows how to bring money into the state. At the same time, he showed them how he would be a better option overall than McDaniel. You can watch this video to see some African American voters explain their decision to support Cochran.

Under Mississippi Law, any registered voter may vote in a primary election, but they must have the intention of voting for the winner of that primary in the general election. The law reads, “no person shall be eligible to participate in any primary election unless he intends to support the nominations made in the primary in which he participates.” Looking beyond the glaring naiveté of this law, it is easy to see McDaniel’s complaint. It is improbable that the African American voters who voted for Cochran would vote Republican in the general election.  In his “anti-concession” speech McDaniel declared, “today the conservative movement took a backseat to liberal Democrats in Mississippi.” Ray Nicholson, the founder of the Mississippi Tea Party, claimed, “this is such a perverting of a fair election system that we are outraged the secretary of State has not stepped in.”

McDaniel was concerned enough about the African American vote to have supporters watch the polls to make sure fraud did not ensue, which caused the NAACP to install their own poll watchers. Thankfully, this had little effect on voter turnout for the election, but the whole ordeal felt like a battle to keep African Americans from voting. Some McDaniel supporters have called Cochran’s move dirty politics, but McDaniel’s move to limit free voting is even dirtier.

Looking at Mississippi’s primary law, it is possible to see where McDaniel could present a legal challenge, but it is very hard to imagine any way in which he could win it. McDaniel would obviously claim that many of the African Americans who voted for Cochran would not vote for any Republican in the general election, meaning that they should not have been able to vote in the party’s primary. But this is a nearly impossible law to enforce without seriously infringing on a person’s right to vote. For one, the general election is four months away. It would be easy for a voter to say they do not know who they would support for that election or to just pretend they intend to vote for the winner. There is no plausible way to enforce this law on a mass scale. Therefore, McDaniel, if he insists on blaming someone for his loss, should blame the Mississippi primary system. And then he should stop being a sore loser and just concede.

Update: A week after his loss, McDaniel still has not conceded. He is currently fundraising for a legal challenge, asserting that Cochran stole the election. In his fundraising pitch, McDaniel wrote, “last week’s runoff election was a sham, plain and simple.” A representative for the Cochran campaign brushed off the legal challenge, saying this is most likely an effort to pay off campaign debts. The representative called McDaniel’s efforts “pure sore loserism.”

Update: It’s been well over a month, but Chris McDaniel has still not let his loss to Thad Cochran go. Yesterday, McDaniel announced that he will formally challenge the results of the runoff election. McDaniel is demanding that the Central Committee of the Mississippi GOP–a sort of governing body made up of 52 members–vote at a public hearing to declare him the winner. If this does not happen, he will consider a challenge in court. McDaniel is claiming that there were 15,000 ballots cast by ineligible voters, meaning voters who did not intend to vote for the winner of the Republican primary in the general election. Voting in a primary but not intending to vote for the winner of the primary in the general election is against the law in Mississippi. McDaniel lost by 7,667 votes, so if he those 15,000 votes are dismissed, he will win.

While it is easy to understand the logic of McDaniel’s anger, it is still misplaced anger. Most of these 15,000 “ineligible votes” were cast by Democrats who did not vote in the Democratic primary. So while these Democratic voters might have no plans to vote for Thad Cochran, there is no way to prove it. In fact, many voters from both political parties may not vote in the general election, including McDaniel supporters, because Thad Cochran is going to win easily. So unless McDaniel can also prove every single person who voted for him will vote for Cochran in the general election, I suggest he focus his efforts on election reform. He should have a lot of time to do so, because its highly unlikely he is going to be a United State’s Senator.