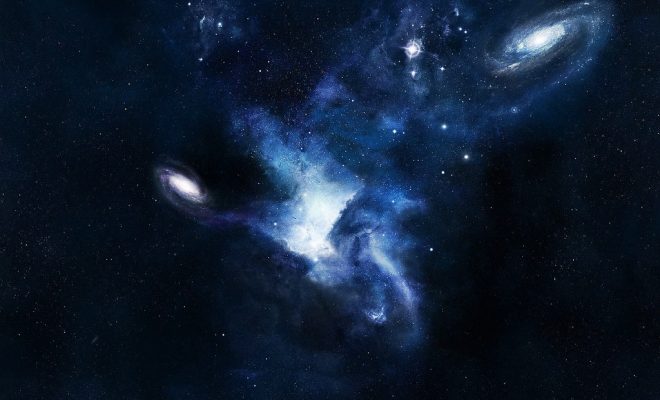 China just launched the world’s largest single-dish radio telescope, which will search for gravitational waves, radio emissions from stars, and extraterrestrial life. The telescope, located in Guizhou province, started operations on Sunday. It took five years to construct and is a demonstration of China’s intention to show off its scientific power and gain international prestige.

The telescope cost $180 million to complete and has a diameter of 1,640 feet, or 500 meters. It surpasses the second biggest telescope in the world, Arecibo Observatory in Puerto Rico, which is 1,000 feet in diameter. It’s also twice as sensitive and five to ten times faster. It’s called The Five-hundred-meter Aperture Spherical Telescope,or FAST, and might even find some intelligent alien life.

“The ultimate goal of FAST is to discover the laws of the development of the universe,” said researcher Qian Lei of the National Astronomical Observatories of the Chinese Academy of Sciences to state broadcaster CCTV. “In theory, if there is civilization in outer space, the radio signal it sends will be similar to the signal we can receive when a pulsar (spinning neutron star) is approaching us.”

But the search for aliens has required the relocation of more than 9,000 villagers in the area, in one of the poorest provinces in China. The area is ideal for a telescope, being surrounded by huge hills that protect it from noise and wind. The telescope needs a three-mile radius of complete radio silence to work properly. The state has said that the displaced people will be compensated with money or new houses, but the decision was not welcomed by some villagers, many of whom have lived in the area for several generations.

“I’ve lived here all my life. My ancestors arrived here in the Qing dynasty over 200 years ago,” said local carpenter Huang Zhangrong to the New York Times. He said he didn’t want to leave and that he heard others saying the housing they were relocated to was poorly built. “We don’t want to leave, but the government says it’s for the good of the country.”

Jokes about China and aliens popped up fast on Twitter.

It is clear that China has its focus set on international fame and Nobel Prizes. Even though scientific investments rarely pay off fast, any accomplishments can bring international prestige.

“Astronomy is an ultimate expression of ‘pure’ science that has little immediate practical benefits. It is a luxury that only the most advanced economies enjoy,” said Luis C. Ho, the director of Kavli Institute for Astronomy and Astrophysics at Peking University to the Times.

While historically competing with the West, China has in recent years become an economic super power. Now they are aiming to be a scientific and astronomical power as well. And considering their history of prominent astrology and astronomy, that might very well happen. As part of this attempt, China’s space program wants to send an astronaut to the moon by 2025 and to land an unmanned vehicle on Mars by 2020. They want to build the biggest particle accelerator in the world, and opened their second space station in September.

The Chinese state broadcaster recently reported that the telescope had picked up radio signals during a test from a pulsar that was 1,351 light years away from earth. But so far, no intelligent life form has made contact.

Emma Von Zeipel
Emma Von Zeipel is a staff writer at Law Street Media. She is originally from one of the islands of Stockholm, Sweden. After working for Democratic Voice of Burma in Thailand, she ended up in New York City. She has a BA in journalism from Stockholm University and is passionate about human rights, good books, horses, and European chocolate. Contact Emma at EVonZeipel@LawStreetMedia.com.
Share:
Related ItemsAliensAstrologyAstronomyChinaExtraterrestrial LifeFASTScienceSpaceSpace ProgramSpace TravelTelescopeUniverse