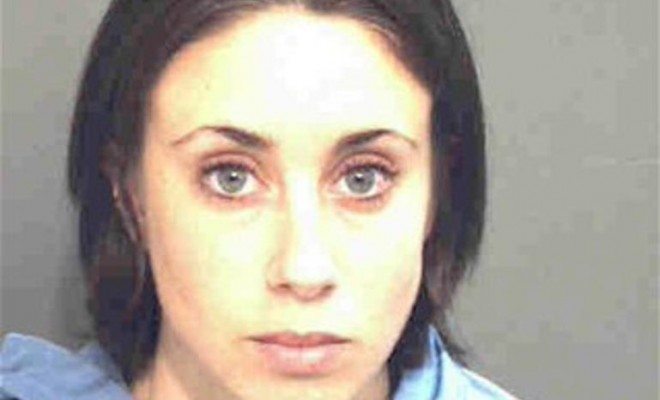 Casey Anthony May Be Deposed in Civil Suit

There’s a chance that we may see a familiar name in the news cycle in coming weeks. A woman named Zenaida Gonzalez is suing the now infamous Casey Anthony for defamation. During the 2008 investigation of the disappearance of Caylee Anthony, Casey Anthony’s two-year-old daughter, Anthony made a number of false statements about what exactly had happened to her child. One of these statements was the allegation that a nanny by the name of Zenaida “Zanny” Fernandez-Gonzalez had stolen her child while working for Anthony.

It was later determined that no nanny by the name of Zenaida Gonzalez ever worked for Anthony. During the 2011 murder trial, Zenaida Gonzalez herself testified that she had never even met or heard of Casey or Caylee Anthony. She also claimed that she had been having problems finding employment since Anthony’s false allegations hit the media. Anthony’s mother Cindy Anthony claimed that the wrong Zenaida Fernandez-Gonzalez had been found and asked to testify, but given the relative obscurity of the name as well as a complete lack of evidence to prove that Anthony had ever hired someone by that name, her statements were not taken seriously.

Anthony was acquitted of murder, manslaughter, and child abuse on July 5, 2011, but was found guilty of giving false statements to the police. Now Gonzalez is suing Anthony for the false statements that accused her of kidnapping a toddler she had never even met. Anthony is slated to be deposed by Gonzalez’s attorneys from the Orlando based firm Morgan & Morgan on Wednesday October 9th. This deposition will be public.

Anthony’s attorneys have attempted to block this deposition on two grounds claiming first that they were not properly given notice to prepare and second that Gonzalez’s claims lack merit. Early last week, her attorneys filed documents asking that a judge grant a protective order so that Anthony will not have to answer questions under oath. They have also moved one step further, arguing that if she must testify, she should be able to answer questions remotely, and that the deposition should be sealed from the public.

This civil suit, or one of the other civil suits that Anthony is facing, could provide answers to questions that have never been fully answered since the disappearance of Caylee Anthony transfixed the world. Anthony is also being sued by Roy Kronk, the man who found Caylee’s body. Anthony accused him of being involved in her daughter’s death immediately after his gruesome discovery. In addition she is being sued by a non-profit called Texas Equusearch that spent resources searching for her daughter after, they claim, Anthony already knew Caylee was dead.

The situation at hand is in some ways eerily reminiscent of the 1997 OJ Simpson civil case. After Simpson was found not guilty in 1995 for the murder of Nicole Brown Simpson and Ronald Lyle Goldman, the families of the deceased sued him for damages and won. Certain testimony made by Simpson during his criminal trial was proved to be incorrect. While this is obviously a slightly different situation, the ability of Zenaida Gonzalez and others to compel Casey Anthony to testify in a separate civil trial may give those who knew Caylee closure, much as OJ Simpson’s case gave some closure to Brown and Goldmans’ families.

Anneliese Mahoney
Anneliese Mahoney is Managing Editor at Law Street and a Connecticut transplant to Washington D.C. She has a Bachelor’s degree in International Affairs from the George Washington University, and a passion for law, politics, and social issues. Contact Anneliese at amahoney@LawStreetMedia.com.
Share:
Related ItemsCasey AnthonyCaylee AnthonyCivil SuitDepositionFloridaLawsuitMorgan & MorganOJ SimpsonTrialZenaida Gonzalez