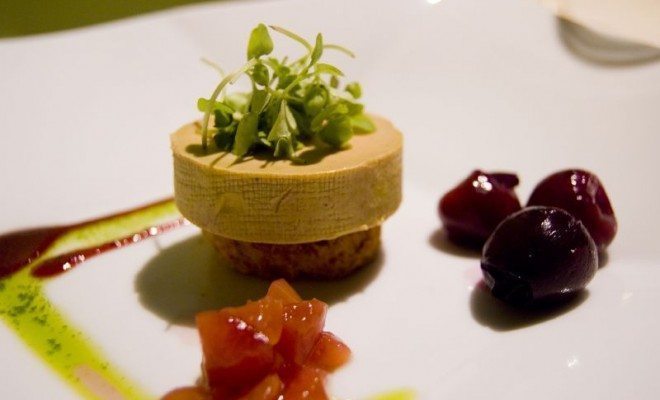 Can Pamela Anderson Convince the French to Give Up Foie Gras?

Canadian “Baywatch” babe and PETA activist Pamela Anderson appeared before the French Parliament Tuesday to endorse a new bill that, if passed, would ban controversial production methods used in making one of France’s most beloved delicacies–foie gras.

Foie Gras is made by force-feeding ducks in a practice known as “gavage.” The controversial method involves breeders using a tube to pump excess amounts of food into the ducks 2-4 times a day. The ducks, like other migratory birds, are then able to store the excess fat in their livers until they grow to be diseased and 10 times their normal size, which as it turns out, makes for a rich, buttery delicacy beloved by millions for centuries.

In her speech, Anderson compared the practice to the clubbing of baby seals, and pleaded with the French people to stop eating the luxurious eatable. Anderson said,

I would like to respectfully call for the abolition of an industry that profits from horrific misery and abuse to produce a product that is toxic to not just the bodies of those that consume it but is also toxic to the hearts and souls of all of humanity.

Anderson’s attendance was, in effect, a  well coordinated publicity stunt on behalf of France’s Green Party. It’s clear that animal rights activists thought the actress’ star power would have some impact on persuading lawmakers, and to some extent it very well may have. According to Forbes, the former playboy model drew a record attendance in France’s male-dominated Assembly. However, according to Fortune, the vast majority of parliament does not support the ban. So, I guess this means we won’t be saying au revoir to foie gras anytime soon.

Alexis Evans
Alexis Evans is an Assistant Editor at Law Street and a Buckeye State native. She has a Bachelor’s Degree in Journalism and a minor in Business from Ohio University. Contact Alexis at aevans@LawStreetMedia.com.
Share:
Related ItemsAnimal CrueltyAnimal RightsDucksFoie GrasForce FeedingGavagePamela Anderson