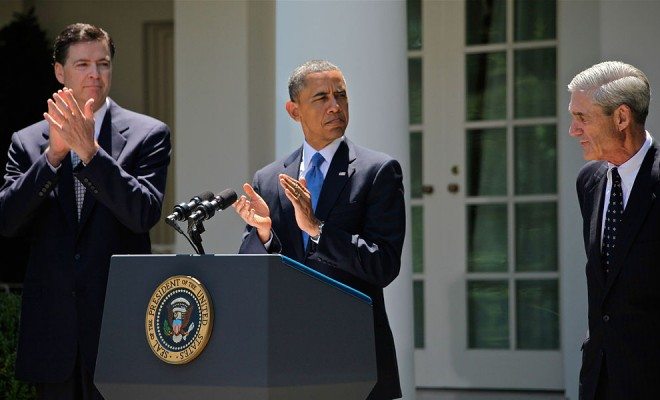 Image courtesy of [Federal Bureau of Investigation via Flickr]

The fight between the FBI and Apple over a locked iPhone definitely isn’t going to be resolved anytime soon. On Tuesday, Apple General Council Bruce Sewell and  FBI Director James Comey both went before the House Judiciary Committee to answer questions relating to the investigation into one of the San Bernardino shooters’ phones.

If you need a refresher from my last post, the case pretty much boils down to these three facts:

During Tuesday’s hearing Director Comey attempted to defend his agency’s motives to lawmakers. Comey explained that the FBI’s intent is to gain as much information as possible regarding the San Bernardino attack, and not to expand its surveillance power. He said,

We are asking to ensure that we can continue to obtain electronic information and evidence pursuant to the legal authority that Congress has provided us to keep America safe.

But as it turns out, the only reason the FBI even needs Apple’s help is because “there was a mistake made” in the 24 hours after the attack. FBI officials believed they could reset the phone’s iCloud password in order to access information, but instead it ended up completely locking them out. According to the New York Times, the FBI’s ineptitude drew criticism from both Democrats and Republicans at the hearing.

Sewell also testified in Apple’s defense, reiterating prior assertions that creating this type of technology for the FBI would create a backdoor that could be used on other iPhones and compromise customers’ privacy. Sewell stated,

We don’t put up billboards that market our security. We do this because we think protecting security and privacy of hundreds of millions of iPhones is the right thing to do.

Recently Apple had a major win in the case after a New York judge ruled in another case that the government can’t force the company to break an iPhone’s passcode security. The precedent-setting case involved a similar situation where the FBI wanted Apple to create software to access a meth dealer’s iPhone data.

Ultimately, the question to be answered in this matter, and in others like it across the country, is not whether the government should be able to force Apple to help it unlock a specific device; it is instead whether the All Writs Act resolves that issue and many others like it yet to come. I conclude that it does not.

The All Writs Act (AWA) is a 227-year-old federal statute that essentially authorizes federal courts to compel people to do things within the scope of the law. Orenstein found the FBI’s use of the statute to be a stretch and said that “he found no limit on how far the government would go to require a person or company to violate the most deeply-rooted values.”

This decision will undoubtedly help Apple with its continued resistance against the FBI, but as of yet there is no definitive outcome in sight.

Alexis Evans
Alexis Evans is an Assistant Editor at Law Street and a Buckeye State native. She has a Bachelor’s Degree in Journalism and a minor in Business from Ohio University. Contact Alexis at aevans@LawStreetMedia.com.
Share:
Related ItemsAppleFBIHouse Judiciary CommitteeiPhoneSan Bernardino