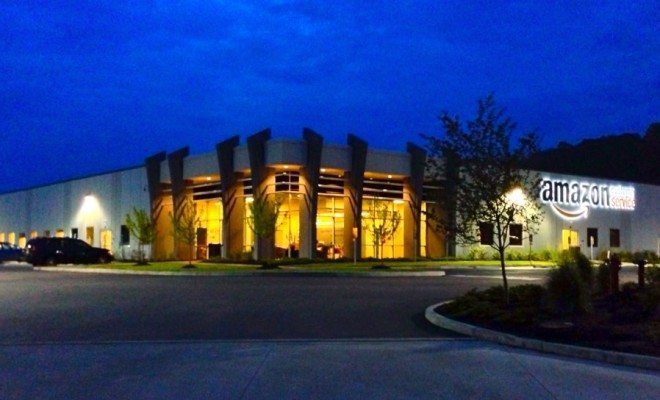 This may be the one of the only stories you see about Amazon today that does not involve a mention of drones. But as sexy as that drone story might be, what else is happening with the retail giant has the potential for a much more immediate and far-reaching impact.

For years, Amazon has gotten away with not charging state sales tax. They have a few different tactics to avoid these taxes. The most popular is a constitutional argument. The constitution prevents states from interfering in interstate commerce. Multiple Supreme Court cases, included National Bellas Hess v. Department of Revenue and Quill Corp. v. North Dakota have affirmed this, stating that unless a company has a physical nexus in a state, they do not have to collect sales taxes. Of course, the Constitution, as well as both Bellas Hess (1967) and Quill (1992) were written before something like Amazon could be imagined. During the time of Hess and Quill, mail-order companies existed, but the potential of Internet shopping had not yet been realized.

Jeff Bezos, Amazon’s CEO has said that Amazon would be perfectly happy to collect sales taxes, but has claimed that local sales taxes are outdated and complicated. In 2008, he complained, “that local tax collection was so ‘horrendously complicated,’ that it imposed ‘an undue burden’ on his company.”

Amazon also plays dirty to avoid collecting sales taxes, essentially holding states hostage. For example, Amazon will announce that they are building a distribution center or warehouse in a particular state. But, in South Carolina, unless the state agreed to pass some sort of special agreement or law to exempt Amazon from collecting sales tax, they would cancel plans to build that warehouse. This led to a Catch-22 situation for South Carolina—either they could exempt Amazon and lose revenue, or they could lose much-needed jobs.

Texas had a similar story. When Texas attempted to make Amazon collect sales tax, they fired workers and shutdown their warehouse that employed 119 people. Often states or local municipalities create a deal rather than enter into an expensive fight with Amazon. For example, the three small municipalities in Texas that will be future Amazon warehouse sites have agreed to rebate significant portions of sale taxes collected—up to 85%–back to Amazon.

It is estimated that states lost more than $23 billion last year because of Amazon (as well as other online retailers). Well, this trick is becoming less popular—Amazon does collect sales taxes in 16 states now.

This large debate has turned into a series of lawsuits. Most recently, the New York Court of Appeals ruled that while Amazon had no nexus in that state, Amazon’s affiliations with third-party retailers that are based in New York and receive commissions meet the nexus benchmark and necessitate that Amazon should be collecting sales tax. Today, the case took another twist when the Supreme Court decided not to get involved in the states’ efforts.

Amazon, drones or no drones, has certainly revolutionized the world of not just online shopping, but shopping in general. By not charging sales tax, Amazon is able to undercut the prices of their competitors with physical stores who do have to adhere to state laws. It is clear that Amazon has been cheating states out of millions of dollars. It’s about time they pay.

Anneliese Mahoney
Anneliese Mahoney is Managing Editor at Law Street and a Connecticut transplant to Washington D.C. She has a Bachelor’s degree in International Affairs from the George Washington University, and a passion for law, politics, and social issues. Contact Anneliese at amahoney@LawStreetMedia.com.
Share:
Related ItemsAmazonLaw SuitsNew YorkSouth CarolinaSupreme CourtTaxesTexas