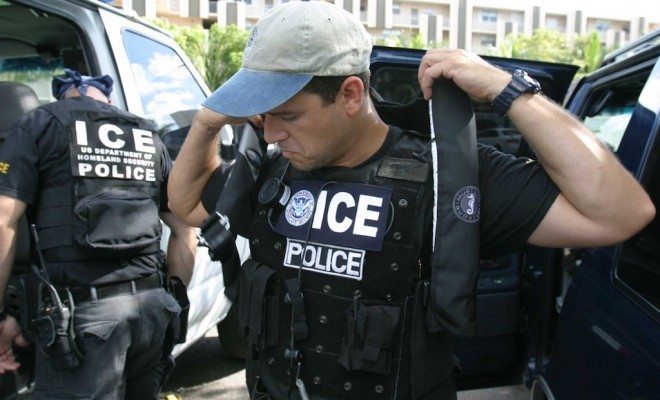 Deporting immigrants with criminal records, in theory, seems like it makes sense. Often, those up for deportation have been convicted of an “aggravated felony.”

Let’s start with some history: when the term was first used in 1988, an aggravated felony could only be murder, or certain types of federal drug or arms trafficking. But the definition has since expanded—in 1996, the Antiterrorism and Effective Death Penalty ACT (AEDPA) was passed. Since then, many more crimes, a list of over thirty, can be classified as aggravated felonies. According to the Immigration Policy Center, aggravated felony includes “more than thirty types of offenses, including simple battery, theft, filing a false tax return, and failing to appear in court. Even offenses that sound serious, such as ‘sexual abuse of a minor,’ can encompass conduct that some states classify as misdemeanors or do not criminalize at all, such as consensual intercourse between a 17-year-old and a 16-year-old.”

Now, according to the Illegal Immigration Reform and Immigrant Responsibility Act (IIRIRA), the United States is allowed to instantly deport any immigrant who is facing a one-year prison sentence or more. After an immigrant is convicted of an aggravated felony they are detained by Immigrations and Customs Enforcement officers. They can then be automatically deported without any sort of hearing or appeals process. They are ineligible to plead any sort of asylum, and they’re usually prohibited from ever coming back to the United States.

The legal parameters by which these “aggravated felons” are convicted are also at issue. Often due process, as required by the 14th amendment and guaranteed to anyone on US territory, is not followed. Defendants in an immigration court don’t have a constitutional right to a lawyer, as most people who stand trial in the United States do. An organization called the Transactional Records Access Clearinghouse or (TRAC) has stated that the enumerated policy of the ICE to “remove aliens who pose danger to national security or risk public safety.” But as TRAC has pointed out, “deportation is no longer a mere administrative matter; it is being used as a punitive measure for the sorts of crimes that are usually accompanied by due process.”

This troubling intersection of law and immigration leads to stories like Lundy Khoy, a woman who made news last year because of her unfair deportation. A Thai-born Cambodian immigrant who had come over with her family as part of a long quest to escape Pol Pot’s oppressive regime, Khoy attended George Mason University in 2000. At 19, she was pulled over by a bicycle cop, reported having a few tabs of ecstasy she intended to sell, and then pled guilty when charged. She served three months out of a five-year sentence and then turned her life around. She completed four years of drug-tested probation. But in 2004, she was jailed again, which was possible because of her status as a permanent resident rather than a citizen. If she had been a citizen, she would have been able to fight these actions taken against her. She did not receive a trial, and US officials attempted again and again to deport her to Cambodia, despite the fact that she has never been there. She came to the United States at 12, and barely even remembers her upbringing in a Thai refugee camp. She considers herself American to the core.

Khoy absolutely made a mistake, and she deserves to pay for it, but the thing is that she does not deserve to pay any more than an American born 19-year-old young woman who intended to sell a few tabs of ecstasy.

Obviously, not everyone who is being deported for aggravated assault has a story like Khoy. But it is safe to say that many of these immigrants are getting deported without the due process they deserve, and that’s simply not the American way.

Anneliese Mahoney
Anneliese Mahoney is Managing Editor at Law Street and a Connecticut transplant to Washington D.C. She has a Bachelor’s degree in International Affairs from the George Washington University, and a passion for law, politics, and social issues. Contact Anneliese at amahoney@LawStreetMedia.com.
Share:
Related ItemsAEDPAAggravated FelonyCrime in AmericaDeportationICEImmigrationImmigration Policy CenterLundy Khoy