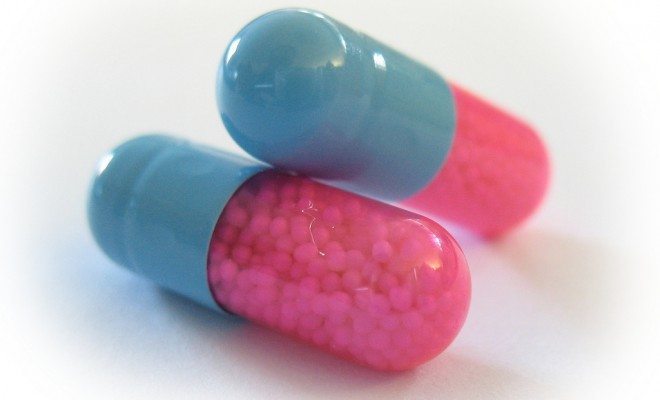 The Adderall Epidemic: Speed for Success

Stories about marijuana and alcohol abuse on university campuses seem to consume the media, but what about prescription drug abuse? Students who abuse prescription pills tend to be overlooked because many of them do not fit the “criminal” profile; yet Adderall and other medications can be incredibly dangerous and very addictive.

Although many cases easily slide under the radar, in April of 2014, University of Colorado officials decided to crack down when two students were arrested for selling Adderall at their school. Christopher Valentine and Graham Hankin will be facing felony criminal charges for selling their prescriptions, at $4-$5 per pill.

According to CNN, “researchers estimate about 30 [percent] of students use stimulants non-medically.” This is becoming an epidemic in universities, and has even trickled down into middle school and high school communities.

These teens and young adults are not drug addicts; they are students with motivation and goals. As a matter of fact, many of them go to Ivy League schools and have professional plans. But good intentions can quickly turn bad when an innocent pop of a pill becomes a dangerous addiction. The scary thing about prescription drugs is that one might assume that they are safe because they are regulated by the FDA. However, assuming that prescription drugs are harmless is very dangerous–Adderall is an amphetamine, comparable to cocaine or speed, and when taken in non-regulated doses it can be lethal.

How Does Adderall Work?

Adderall creates a constant flow of dopamine. It continuously sends a supply of the feel-good neurotransmitter to the prefrontal cortex of the brain, which regulates behavior, emotional processing, and cognition. According to Synapse, Penn’s Undergraduate Medical Connection research center, “stimulating this region of the brain predictably causes increased alertness, wakefulness, and concentration.”  These chemical reactions cause the high that students report feeling.

What are the Side Effects Associated with Unregulated Use?

The side effects of excessive usage are not pretty. Because of the “speed” like qualities and caffeine in Adderall, it has been linked to “cardiovascular complications.” In extreme cases Aderall abuse can lead to a stroke. More common side effects include heart palpitations and a rapid heart beat. Physically, Adderall can cause teeth grinding, and since it’s an appetite suppressant, it can cause extreme weight loss.

Psychological disturbances such as depression, paranoia, and anger have also been reported. When a regular user decides to quit the drug, they will experience symptoms similar to those felt by recovering narcotics addicts. According to a source from Study Drugs, “I slept an hour a night for a week straight [while on Adderall.]” Once she stopped taking the drug, she slept and ate non-stop for several days in a row to compensate for her loss of sleep. At the rate at which her brain was processing information, the source claims that, “she wasn’t living in the moment.”

To hear three personal perspectives from students check out this clip:

How do so Many Students get Their Hands on Adderall?

Many students are prescribed Adderall for ADHD; yet those students can sometimes function without their medication, so they sell their prescriptions for an elevated price. The dealer makes a profit, and the student buyer has a steady dose of Adderall to get them through exams and papers.

Here’s a shorts news clip and interview on the fad:

Just as any fad catches on, someone who tries Adderall talks about the success that they have with the drug and their grades. The word spreads, and other students begin to seek out someone who has a  prescription. Students that have never even touched alcohol or narcotics want the drug for its practical purposes. They have very little knowledge of what they are taking; or even if they do, they feel that the positive effects of the drug outweigh the negative health and psychological effects. Sometimes it’s too late, and similarly to any addiction, the users’ decision-making becomes overpowered by their desire to have the drug.

Who is to Blame for this Epidemic?

According to the Partnership for Drug-Free Kids:

Recent media reports underscore the massive surge in the prescribing of prescription stimulants to our nation’s children. Combine the existing daily damage from prescription opioid abuse together with a range of other medicines that are abused, and we ourselves have created this crisis.

In 2009, youth abused marijuana the most, but prescription drugs ranked second. Acquiring prescription pills is not difficult for the average student. Students can easily go to a psychologist and claim that they are experiencing ADHD-like symptoms and receive a prescription. Whether the student abuses their own prescription or buys from a friend, prescription stimulants are not regulated or penalized nearly as often as they should be.

How do we stop it?

On June 11, there was a conference held at Temple University in Philadelphia to promote the safety and regulation of prescribed pills at universities.  Michael Botticelli, the  director of National Drug Control Policy, led the conference and spoke about methods to manage the abuse of prescription pills. A few of his tactics included pharmaceutical regulation and personal assessment of the distributor and the situation. He also suggested the importance of “disposal programs,” which emphasize throwing away prescriptions after the patient is finished with the bottle.

A less passive way to regulate the illegal sale of Adderall would be to crack down on the overall drug trafficking on campuses. Search and seizure policies have led to students being kicked out of universities for many years. If campuses crack down, there will be a large number of students who will face either educational consequences, or in more extreme cases, criminal convictions. Legal action will cause students to take the issue more seriously; they are more likely to stay away from these illegal behaviors if there is a clear consequence.

Madeleine Stern (@M3estern) is a student at George Mason University majoring in Journalism and minoring in Theater. Her writing on solitary confinement inspired her to pursue a graduate degree in clinical counseling after graduation. Madeleine is an avid runner, dedicated animal lover, and a children’s ballet instructor. Contact Madeleine at staff@LawStreetMedia.com.