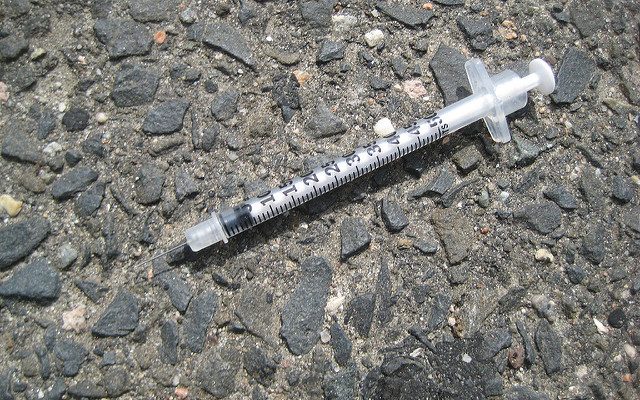 The Department of Health and Human Services has declared widespread opioid abuse to be a serious public health issue. Officials across the country are searching for ways to combat the epidemic and are increasingly calling for “public health responses, not a war on drugs.” However, reports indicate the Ohio city of Washington Court House has begun charging people who survive opiate overdoses with “inducing panic.” Although city officials claim the new practice is not meant to worsen the conditions of those struggling with opioid addiction, the policy directly opposes the prevailing logic regarding addiction and rehabilitation.

In the past month, police used Naloxone, a drug that reverses the effects of opioids, to revive seven people before charging them with a misdemeanor. In an interview with the city’s local ABC affiliate, Washington Court House officials argued charging overdose survivors “gives [the city] the ability to keep an eye on them, to offer them assistance and to know who has overdosed.” The court summons is meant to ensure the city is able to “follow up” with overdose survivors and show them the city cares and wants to help them, not jail them, the officials said.

Nonetheless, those charged with “inducing panic” could face up to 180 days in prison or a $1,000 fine. Regardless of whether or not Washington Court House attorneys plan on convicting the addicts who have been charged, the move is misguided. The criminal justice system is not equipped to assist drug addicts, and attempting to address addiction by using the system only perpetuates the criminalization of drug addiction and addicts.

The U.S. has a long history of criminalizing drug addicts rather than providing them the medical assistance they require. According to the Federal Bureau of Prisons, those found guilty of drug related offenses constitute 46.4 percent of the prison population. In a 2010 report, the National Center on Addiction and Substance Abuse estimated 65 percent of the prison population “meet medical criteria for substance abuse or addiction” but only 11 percent receive any kind of treatment for their addiction. Furthermore, the availability of drugs within prison walls is well documented, and relapses are common.

There is an expert consensus that addiction is a medical condition and ought to be treated as such. While officials throughout the nation are recognizing the need for cogent and compassionate public health responses, Washington Court House continues the detrimental criminalization of drug addiction.

Callum Cleary
Callum is an editorial intern at Law Street. He is from Portland OR by way of the United Kingdom. He is a senior at American University double majoring in International Studies and Philosophy with a focus on social justice in Latin America. Contact Callum at Staff@LawStreetMedia.com.
Share:
Related ItemsAddictionDrug AddictionDrugsHeroinHeroin EpidemicInducing PanicMass IncarcerationOpioid EpidemicOpioidsWar on DrugsWashington Court House