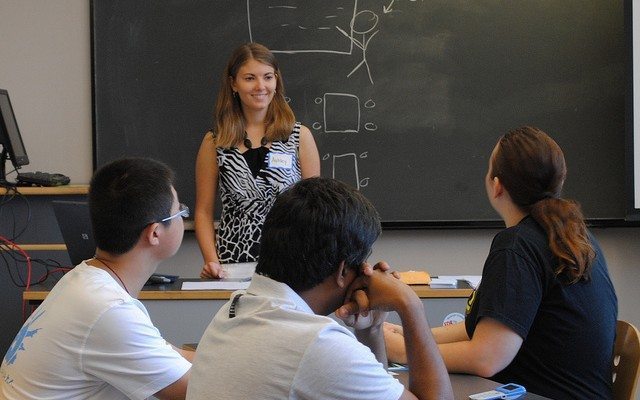 A New Role for the NEA: Turning Campfires into Brushfires

The morning of January 23, 2014, I had the privilege to attend an event at the Center for American Progress. It was called, “The Changing Role of Teachers Unions: Ensuring High Quality Public Education for America’s Students.”

The overall theme of the discussion was how the NEA is trying to transform its function from an organization that focuses on mostly collective bargaining and lobbying functions, to one that also plays a large part in policy, advocacy, and professional development. They want to provide teachers with the ability to collaborate and control the direction of their profession by advocating a new student-centered approach.

During his keynote, Dennis Van Roekel used a metaphor for the NEA’s goals that continued throughout the symposium. He described how the American education system is very good at creating “campfires,” but as any good Boy or Girl Scout can tell you, a perfect campfire just stays burning in the place where you put it; it doesn’t spread. He described how the new goal of the NEA and the American Education system should be to create brushfires–fires that spread through connections, improved training, and leadership development.

The panel dealt with a number of questions about how these new priorities would be implemented. Both of the on-the-ground state representatives, Toner and Wawro,  highlighted how teachers are on board with many policy changes, including Common Core, different types of teacher evaluations, and more leadership training, but are overwhelmed by how quickly they’re happening. They both emphasized that it’s going to take time to make it work, but everyone is optimistic. There was also a large emphasis on the partnerships that can be formed between teachers, the NEA, and other organizations, such as an organization called Teach Plus, a national non-profit that helps urban teachers.

There was some concern about how this will all work. Silva pointed out that much of what is happening right now is experimentation. But it’s very high risk experimentation, as it happens in the real world. If things go wrong in a school where something new is being tried out, it could harm the students. Schools, and the NEA, could get in a lot of trouble if any changes do fail. But it seems that the potential for failure seems better than the subsistence existence that many schools are in right now. After all, as Van Roekel pointed out, high school graduation rate is only about 75%, and it’s even lower in inner-city schools. Experimentation needs to happen, but Silva is right, it is dangerous, and schools need to be ready to make quick changes if necessary.

I found the part of the talk that dealt with the changing efforts of NEA to be interesting and informative, but I was actually even more interested in a section of the discussion that diverged a bit. One of the introductory points that Van Roekel used was the fact that we need to make sure that our teachers are qualified and ready to teach from day one. He gave the example of going to the emergency room–upon arrival, no one would think to ask if their doctor was licensed. Van Roekel wants it to be the same in the classroom–every teacher is licensed and ready to teach starting on the first day they walk into a school. There was some debate on this subject, as Silva pointed out that doctors aren’t necessarily ready to work on patients beginning the first day, but that its rather a learning process over a number of years.

This led to a fascinating conversation about recruitment. In order for our teachers to be ready to teach from the beginning and qualified, they need to be the right people for the jobs. But there are significantly less people going into the teaching profession. Van Roekel partly attributed this to the fact that in past decades, excellent women and minority students went into teaching because it was one of the only things they could do. But as opportunities widened, less people are choosing to teach.

Besides increased equality, the panel’s best guess for this phenomenon is that less people are going into the teaching profession because they are not encouraged to do so. Toner said that when he first went into teaching, he saw some of his old teachers, who asked him what he was doing. He told them he was a teacher, and they expressed disappointment, telling him he was too smart for that. I’ve had friends who’ve decided to take on teaching majors and have received similar reactions from their friends and family. The truth of the matter is that teaching is no longer respected the way it was in the past, and many intelligent young people are steered away because they are convinced that they would make more money in another field. The idiom, “those who can, do; those who can’t, teach,” is still alive and well. This of course, isn’t to say that the individuals who are entering the education field do not deserve our applause, support, and thanks. The problem is that there’s just less of them, especially as baby boomers start to retire.

Teaching is no longer being viewed as worth it, which is really sad. I attended public school almost my entire life, and many of the teachers I had were the most wonderful, intelligent, thoughtful, and engaging individuals with whom I have ever had the privilege to spend time. They absolutely shaped my life, and I feel so incredibly fortunate to have had access to a public school like that. The teaching profession does need to change, if only to ensure that such great people do continue to enter the field, and I applaud the NEA, CAP, and other organizations’ attempts to do so. Let’s hope they do turn those campfires into brushfires.

Thanks to the Center for American Progress for their great work on this event.

Anneliese Mahoney
Anneliese Mahoney is Managing Editor at Law Street and a Connecticut transplant to Washington D.C. She has a Bachelor’s degree in International Affairs from the George Washington University, and a passion for law, politics, and social issues. Contact Anneliese at amahoney@LawStreetMedia.com.
Share:
Related ItemsCenter for American ProgressCommon CoreNEAPublic SchoolRecruitmentSchoolTeaching