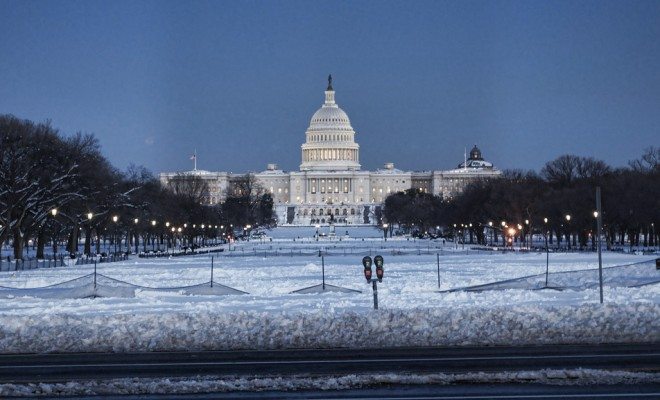 The 2014 midterm elections weren’t the only reason to pay attention to political news this year. Keep scrolling to check Law Street’s top 10 political stories of 2014.

This winter, revelations about Governor Chris Christie’s involvement in the shutting down of the George Washington Bridge came to light. The whole scandal raised a lot of questions about Christie’s ability to be a contender on the national stage, quite possibly as the 2016 Republican Presidential nominee. Whether or not Christie chooses to run, there will be a lot of eyes on his handling of “Bridgegate.”

The states of Colorado and Washington voted to legalize recreational marijuana in 2012, and the sale and use started moving into the public sphere earlier this year. However, given that Colorado and Washington were the first two states to do so, many were left with questions about how exactly the legalization worked, what affects it could have on society, and how the Washington and Colorado laws would interact with federal law.

3. Drone Rules: Are They Enough to Protect Civilians?

Drones have evolved from being a futuristic fantasy to real part of American military strategy. However, like any new innovation, the legality is developed after the technology itself. In early 2014, the Obama Administration’s drone strike policies were a hot topic of conversation, especially after the disclosures regarding a December 2013 strike in Yemen.

4. Hobby Lobby: They Want to Remove the Corporate Veil — and Your Birth Control Coverage

Another hot political topic in 2014 was the Supreme Court case that’s widely become known as Hobby Lobby. It questioned whether or not the Affordable Care Act (ObamaCare) required employers to provide contraception for their employees, regardless of the company’s religious beliefs. Concerns about the case extended far beyond whether or not those particular employees would get contraceptive coverage, as it could have set a dangerous precedent for all sorts of discriminatory policies.

5. Obamacare Is Here to Stay! But It Still Kind of Sucks

The much maligned Affordable Care Act (Obamacare) finally went into effect this year, with the first open enrollment period. The act provided healthcare for many who previously didn’t have it, but that doesn’t mean that it was anywhere close to perfect. Partisan bickering over the law remained steady, but the Affordable Care Act can certainly be considered a step in the right direction.

6. Stuck in McAllen: Jose Vargas and the Texas Immigration Crisis

This summer, the arrival of undocumented youth at the Texas border sparked political debates, some outrage, and acts of compassion. One of the biggest advocates for these young people was a man named Jose Vargas, a prominent undocumented immigrant who works as a journalist and advocate. When Vargas traveled to McAllen, Texas, one of the towns most heavily affected by the arrival of the children, he was briefly detained and then released–cementing his status as one of the lucky few.

As the cost of living in the United States continues to creep upward, and the American economy rebounds from one of the worst economic crises in recent history, many people still struggle to meet ends meet. Minimum wage jobs are an important sector of our economy–but what exactly do we mean when we say minimum wage? It’s an important political question that has yet to find an exact answer.

For some time, the “gay panic” defense served as a way to claim a sort of self-defense in regards to hate crimes. While it doesn’t have a strong track record of actually succeeding, there were no laws specifically forbidding it. This fall, California became the first state to actually ban the “gay panic” defense, an important step in the fight against homophobia.

In the wake of Citizens United and other landmark court decisions, our rules about campaign finance have seen some extreme changes in the last few years. These changes will have a huge impact on the 2016 Presidential elections, and pretty much every election moving forward, unless more changes happen. Given the topsy-turvy world that is the debate over campaign finance, anything is possible.

10. Just Get Ready For It: Another Clinton in the White House

We’ve all barely recovered from 2012, not to mention this year’s midterms, but speculation about 2016 has, predictably, already begun. Probably the Democratic front-runner at this point, Hillary Clinton has a lot of support. There are many reasons to get on the Hills bandwagon–including feminism, foreign policy, and her awesome facial expressions.