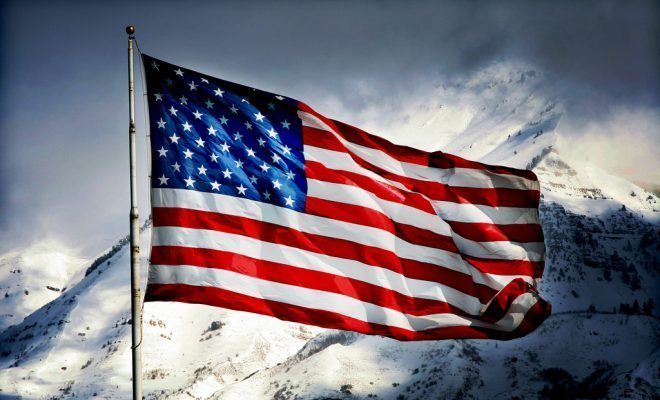 Is the United States a Superpower in Decline?

There are a lot of different viewpoints on the role of the United States in the global arena. Is the country still as influential as it once was? Are other countries catching up? And what about globalization and the multilateral approach to global governing? Read on to learn about the history of the United States’ status as a superpower.

How did the United States become a superpower?

The United States’ pilgrimage toward becoming the world’s superpower started at the dawn of the 19th century. After the 1898 Treaty of Paris, it became a colonial power with overseas territories, including Puerto Rico, the Philippines, and the Island of Guam. At that point in time, the United States could already be viewed as a great power or emerging superpower. After the two World Wars, France, Germany, Japan, and Great Britain were in decline due to immense economic hardships and military losses. At the same time, the United States and the Soviet Union were rising to power, but creating a dangerous rivalry for global dominance.

After the end of the Cold War and the collapse of the Soviet Union, the United States became the world’s sole superpower. The world moved from bipolarity to unimultipolarity, meaning that one nation began to project its influence to other nations. During the next several decades, the United States waged wars in Afghanistan and Iraq, the 9/11 terrorist attacks occurred, the global War on Terror was started, the Middle East broke into chaos, and Latin America was defined by multiple American interventions. All in all, many significant events have happened, but how did they influence America’s international standing?

Is the United States a superpower now?

If the United States is still a superpower and not in decline, it should maintain military, political, economic, cultural, and scientific superiority as to exercise global dominance.

In fact, the United States has one of the most advanced militaries in the world. As of 2012, American military expenditures accounted for 4.35 percent of its GDP, and 37 percent of global military spending. Even though the U.S. military spending decreased by six percent in 2012, American military expenditures still outnumber those of China and Russia. The U.S. spends approximately $600 billion a year on its military, more than many countries combined. It has military bases all over the word, numbering at least 1,000, while other nations generally have few military installations outside their territories. In addition, the American drone air fleet is able to reach almost anywhere without deploying ground troops or aircraft carriers.

Economic development has slowed and debt has risen, but the American economy is one of the most advanced in the world. According to the CIA Factbook, “the U.S. has the most technologically powerful economy in the world.” Even though its GDP is third to China and the European Union, America maintains its economic dominance when comparing Purchasing Power Parity (PPP). Its GDP per capita is significantly higher than those of China and Russia, accounting for $54,800 in 2014. But, there are also some problems, including:

In addition, the United States has the second largest foreign debt, and its account balance is $385 billion in the red. Its unemployment rate is also rather high at 6.2 percent in 2014, which is more than China and  Russia.

On the bright side, the United States has the most impressive world trade profile. Only China and the European Union export more than the U.S., while no other country imports more. But most importantly, the U.S. stock market is still the base of global finance, and the U.S. dollar is the global currency. More than 80 percent of worldwide transactions and 87 percent of foreign market transactions are conducted in the U.S. dollar.

America also has Hollywood, Silicon Valley, Ivy League Universities, and can be considered the cultural, educational, and technological hub. More people immigrate to the United States than to any other country, contributing to the economy and innovation.

According to Michael Beckley, Assistant Professor at Tufts University and a former research fellow at the International Security Program at Harvard University, the United States is not in decline, but quite the opposite–it’s thriving. In this view, globalization is attracting economic activity, reinforcing American power in the global arena.

Robert Kagan, senior fellow at the Brookings Institution and chairman of the World Economic Forum’s Global Agenda Council on the United States, argues a slightly different viewpoint. He believes that the United States has never had its way in foreign affairs to start with. According to Kagan, the decline of the United States’ influence is a myth and an illusion:

Much of today’s impressions about declining American influence are based on a nostalgic fallacy: that there was once a time when the United States could shape the whole world to suit its desires.

It’s commonly believed that the United States is experiencing the decline of its global power. Christopher Layne, Distinguished Professor of International Affairs and Robert M. Gates Chair in National Security at the Bush School of Government and Public Service, argues that global power is shifting from West to East, leading to an American decline in influence and loss of global dominance.

Those who support the notion that America’s superpower status is fading often argue the following:

Some even compare the United States with the British Empire, referring to its collapse a century ago. But, at the very least, this viewpoint suggests that America has lost the favor of many countries. Meanwhile, China has reached the status of a great power, and globalization has become omnipresent.

Stephen Walt, Belfer Professor of International Affairs at Harvard’s John F. Kennedy School of Government, argues that “the real issue is whether developments at home and overseas are making it harder for the United States to exercise the kind of dominant influence that it did for much of the latter half of the 20th century.”

According to this view, the United States is not declining and is still one of the most powerful countries in the world, but its capacity to lead global order has been diminished due to the array of domestic and foreign policy failures. As the Cold War ended, international relations also changed, making it more difficult for the United States to exercise its influence in the world.

Further, Ian Bremmer, President of the Eurasia Group, argues in his book “Superpower: Three choices for America’s Role in the World” that the United States is still a global superpower. Watch the video below with Ian Bremmer to learn more about possible scenarios.

How will the future world order look?

As world affairs become more hectic and complex, with multiple players reaching regional influence and certain countries, such as China, steadily gaining more power in the global arena, the world is turning toward multipolarity. According to Global Trends 2030, compiled by the National Intelligence Council, the United States will lose its superpower status by 2030. Global networks and coalitions will run the show, and no single country will have superpower status. Interestingly, Asia is predicted to experience greater democratization, and the region itself is expected to become more influential in global affairs.

And what about China?

During the last several decades, many countries have improved their global standings due to economic growth and strategic foreign policy moves. According to the Congressional Research Service (CRS), “The balance of global economic power is shifting from the United States and Europe to a number of fast-growing and large developing countries.” Among those countries are China, India, and Brazil. Russia and the European Union are also influential in the global arena.

China is often invoked as the most likely competitor of the United States in terms of superpower status. A Pew Research Center public opinion survey found that an increasing number of Americans view China as the next global superpower. However, China is still seen as “not yet influential.” While China’s economy grows, its military is still lacking. Many Chinese are still impoverished, it has serious water and soil-pollution problems, and its Communist Party is highly stratified and rigid. China’s geopolitical position is another issue. Most of its neighbors are allies of the United States and strong global powers, including Japan, South Korea, and Australia. North Korea and Taiwan are also risk factors.

The United States is still enjoying its superpower status, but times are changing. Other countries are rising and America’s power may be waning. In order to preserve its global leadership, the United States should nurture global relationships and behave according to international law and its democratic principles and values. As the world is moving toward multipolarity, America should also make more friends, not enemies. It should be setting an example of global leadership and stay true to its principles without abusing its power.

Forbes: Why the U.S. Remains the World’s Unchallenged Superpower

RealClearWorld: Why China is Still No Super Power

Time: These Are the Five Reasons Why the U.S. Remains the World’s Only Superpower

On Point: The Declining Superpower?

Foreign Affairs: Whether or Not the U.S. is Declining is the Wrong Question

New Republic: Not Fade Away