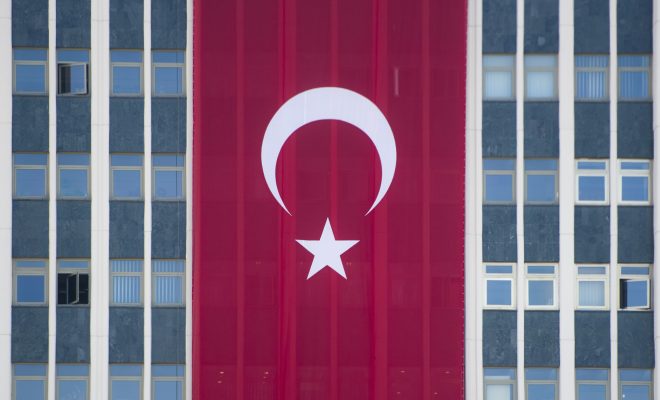 The Coup That Wasn’t: Inside Turkey’s Failed Military Takeover

On the night of Friday, July 15, while President Recep Erdogan was on vacation, members of the Turkish military attempted a coup. The effort involved members of several branches of the Turkish military and was only thwarted after the President took to social media to call on the people to rise up and protect the existing government. Although Erdogan was able to fend off a challenge to his rule, the history behind the coup attempt and Turkey’s significance both in the fight against ISIS and in Europe’s refugee crisis cannot be understated.

Read on to find out more about the coup itself and what it would mean if such an attempt was successful both in Turkey and throughout the region.

The Coup in Turkey

The coup started late on a Friday night when tanks dispersed into the Turkish capital of Ankara, passage to Europe along the Bosporus Bridge was blocked, and soldiers took to Taksim Square in Istanbul claiming the elected government was illegitimate and that the military has taken over the country.

However, before the military could completely seize power, President Erdogan did an interview with CNN Turk. Using Facetime, President Erdogan urged citizens to stand up to the coup and protest. This proved to be a catalyst for action, as many Turkish people took to the streets and faced down the military. By the time Erdogan landed in the early morning hours of Saturday, the coup was over and his administration was back in power. At the end of the incident, nearly 300 people were killed and an additional 1,400 were injured.

The video below details the failed coup:

The recent attempted coup was far from the first effort by the military to exert control over the country. Since 1960, three military coups have taken place and a fourth movement led by the military effectively forced out a sitting government in 1997. Although military coups take on the image of power-mad army officers bursting into cabinet offices, Turkey’s case is slightly different.

That is because the Turkish military has long served, at least in its own eyes, as the protector of the modern state of Turkey, which was founded by Mustafa Kemal Ataturk in 1909. As this earlier Law Street article on the history of the Turkey illustrates, the military has played a crucial role in the development of the modern Turkish state. Chief among the army’s self-imposed responsibilities is keeping the country secular and free of the religious sentiment that has gripped many Middle Eastern countries to its south.

The following video looks at the history of coups in Turkey:

In the most recent coup attempt, the army officers in charge seemed to be rebelling against President Erdogan himself. Erdogan has won a series of elections each time consolidating more power for himself while neutralizing and even arresting his opponents.

While President Erdogan himself has blamed Fethullah Gulen, his former ally who now lives in Pennsylvania, Erdogan’s opponents cite his disregard for laws and the constitution. Erdogan is now in the process of seeking Gulen’s extradition from the United States, but the U.S. government has remained relatively resistant to his request.

In the aftermath of the failed coup, many outside observers worried and some have even warned President Erdogan about using it as a justification to eliminate his rivals and further consolidate his power. These fears quickly seemed to be coming to fruition with Erdogan’s crackdown to oust from the government and military people he suspects were involved in the coup attempt. It started with the military, as thousands of personnel, including over a hundred generals and admirals, were detained. After that, it spread to educators, government officials, and members of the judiciary who allegedly had ties to the coup plotters as well.

The following video looks at the aftermath of the failed coup:

President Erdogan also targeted members of the media who have been critical of him in the past. Many of these arrests have come with little or no evidence of wrongdoing. Amnesty International recently reported concerns that detainees were being beaten, tortured, and even raped while in custody.

This is hardly the image of democracy triumphing over a military dictatorship that Erdogan trumpeted after the coup failed. Following the coup, Erdogan extended a state of emergency across the country that dramatically expanded the authority of the president with little oversight from the Turkish Parliament.

A Crucial Time for the West

The reason why the outcome of Turkey’s attempted coup is so important is because Turkey is a central actor in two of the biggest events currently affecting the western world. First, there is Turkey’s role in fighting ISIS and within the larger Syrian conflict.

Turkey is currently in a particularly complicated position when it comes to Syria. While it plays a large role in facilitating U.S. airstrikes against ISIS, Turkey is fighting Kurds within its own borders. The Kurds have been central to efforts to regain territory from ISIS and Turkey’s domestic issues with the ethnic group has complicated its role in the larger conflict. Turkey has also been supporting several rebel groups that are fighting the Assad regime in Syria. So far, some have criticized Turkey’s level of engagement in the fight against ISIS, as many hoped it would take on a larger role after ISIS carried out a string of bombings in multiple Turkish cities, including of the Istanbul airport.

However, that outlook may change following the coup. Lately, Turkey has been refocusing inward, purging its own military ranks of many officers suspected in the coup. This has the negative impact of reducing Turkey’s ability to fight. So far, Turkey has been an important U.S. ally in the fight against ISIS by serving as an airbase for the United States. However, Erdogan and many Turkish officials have started to argue that the United States played a role in the recent coup attempt. If relations between the two countries begin to sour–particularly if a battle to extradite Fethullah Gulen erupts–then the U.S. efforts to fight ISIS could face significant setbacks. Lastly, Turkey is home to some of NATO’s nuclear missiles, making political instability there even more concerning.

In addition to Turkey’s role in the fight against ISIS, it plays a crucial role in the international effort to deal with the refugee crisis. Turkey is home to the largest refugee camp of Syrians in the world, with 2.5 million living there. In a deal with Europe earlier this year, Turkey promised to do its best to keep refugees in exchange for more than $3 billion in aid as well as a promise to reconsider Turkey’s candidacy for EU membership. The deal, however, was also contingent upon Turkey improving its human rights practices, which the recent crackdown will likely call into question.

In the aftermath of the failed coup in Turkey, chaos reigned. First, it was very unclear who actually led the coup. While it appears to have been a coordinated effort by many in the military, no central figure ever came forward to claim responsibility, which may be another reason why it failed. Some speculate that the United States may have been behind the coup, training dissidents and allowing Gulen a safe haven to denounce Erdogan’s government. Other reports suggested Erdogan himself may have been behind the poorly planned insurrection, as it gave him cover to finally purge many of his foes from the government and military.

It remains unlikely that we will know the full story behind the coup anytime soon. What is indisputable, though, is Turkey’s significance to the scope of European Union, NATO, and U.S. operations. While the United States may not agree with Erdogan’s subsequent power grab or the methods of his crackdown, he has been a strong ally for the most part. For now, it appears as though the west and Turkey will need to work together, but if instability continues or worsens that cooperation could face serious challenges.

CNN: Turkey Coup Attempt: How a Night of Death and Mayhem Unfolded

Law Street Media: Turkey: A Country Perpetually at a Crossroads

Time: Turkey’s President Is Using the Coup Attempt to Crack Down on the Media

PRI: Turkey’s Coup Failed, but it Can Still Hurt the Fight Against ISIS

Michael Sliwinski
Michael Sliwinski (@MoneyMike4289) is a 2011 graduate of Ohio University in Athens with a Bachelor’s in History, as well as a 2014 graduate of the University of Georgia with a Master’s in International Policy. In his free time he enjoys writing, reading, and outdoor activites, particularly basketball. Contact Michael at staff@LawStreetMedia.com.
Share:
Related ItemsCoupErdoganISISPolitical InstabilityRefugee CrisisSyrian Civil WarTurkey