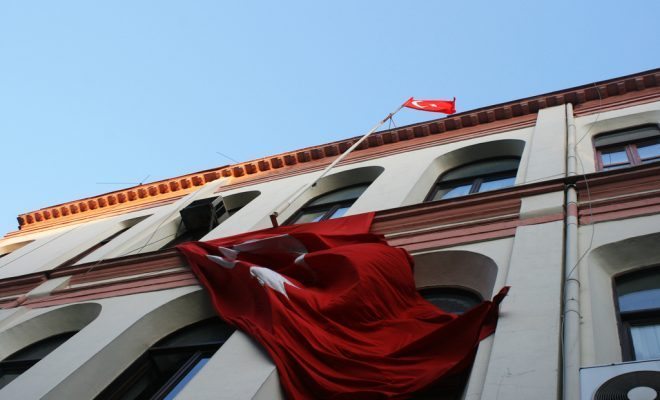 Turkey: A Country Perpetually at a Crossroads

The nation of Turkey sits at a crossroads. Stretching from Europe to Asia, the country serves as the major path between the two continents and has done so through one form or another for centuries. The nation is also proverbially stuck between two competing forces as well. While it has advanced economically, politically, and through foreign policy much further than many of its Middle East neighbors, recent setbacks have shown just how far this process has yet to go. On top of this is the continued threat of ISIS and homegrown groups that recently reached such a fevered pitch that Turkey has called on its NATO allies for assistance. Read on for a look at this critical junction for Turkey, examining its past, politics, economy, and security situation.

Present day Turkey was formerly known as Anatolia in ancient times and was part of many of the world’s strongest and longest-lasting empires such as the Romans and Byzantines. Beginning in the 11th century however, it was invaded by a number of Turkic tribes from the Asian Steppe. These groups spent the next 200 years warring with each other, as well as with the Byzantines. Through this fighting the region gradually came to have an overwhelmingly Turkic population, leading to the origins of the nation’s present name, Turkey.

Out of that chaos rose the Ottomans, who slowly expanded the borders of the burgeoning Anatolian state and moved to finally crush the Byzantium Empire to the west. Finally in 1453, after nearly 100 years, the Ottomans conquered the Byzantine capital Constantinople. The city was renamed Istanbul and rechristened the capital of the Ottoman Empire. Following this rapid rise, the Ottomans then spent the next 300 years building and consolidating their empire.

The tide of history began to work against them though, in the 18th century, as the empire was pinned in under threat from all sides; the Austrians to the west, the Russians to the north, and Persians to the east and south. This led a gradual decline of the Ottoman Empire, which was soon dubbed “the sick man of Europe.” Ironically, the empire survived only through efforts of European nations, which were anxious to maintain it as part of the balance of power.

This weakness was exacerbated by defeat in the Crimean War and the independence of a number of the regions under Turkish rule in the late 1800s. This also led to a reform movement, which culminated with Ataturk and the Young Turks who took control over the country in a bloodless coup in 1909 and ushered in a modern European-style democracy.

Aside from imitating European democracy, Ataturk also modernized Turkey in other ways including through farming, education, and even the Turkish language. His most lasting objective though and the most divisive to the present day, was to make Turkey a secular nation. While its inhabitants are still overwhelmingly Muslim, the country is modeled more after others in which the church and state are separate.  The video below provides an in-depth look at Turkey’s history.

Turkey and the EU

When Ataturk imitated European life he dreamed of one day ingratiating Turkey into the continent or at least being strong enough to challenge it. This has translated through the years into a desire by Turks to join the European Union. In fact, it has been a candidate for membership since 1999. The partnership would be a natural one for a number of reasons including Turkey’s growing economy, as well as its existing partnerships within NATO and the G20.

Nevertheless, after more than 15 years, Turkey remains on the outside looking in. Despite its strong economy and its capital, which is technically in Europe, the Turks have not been able to convince the EU it is worthy of membership. This is due to a number of reasons that extend beyond Turkey’s Muslim population, which it alleges is the main problem.

To start, while Turkey is wealthy, that wealth is unequally concentrated at the top. Thus while Turkey’s economy overall is growing and there are extremely wealthy people, the majority live in poverty. This could be problematic for the EU because it would bring a population even larger than Germany’s into the fold, which might need extensive government help. This is even more of a concern in the wake of the repeated bailouts of Greece, a much smaller country than Turkey both economically and population-wise. Additionally, Turkey brings further baggage through its problems with the Kurds, the contentious issue of who rules Cyprus, and its democracy, which looks increasingly less representative and more like a dictatorship.

Perhaps most importantly though, in light of Greece’s recent issues, is the slowing Turkish economy. Since its rise from the ashes of the IMF bailout it received in 2001, the economy of Turkey boomed averaging between five and ten percent annually. However, this growth has stalled and plummeted the last few years, averaging closer to three percent.

This is a result of less innovation and deregulation of the economy, regulations which helped it climb out of its earlier hole. At the center of much of this, is former Prime Minister Recep Erdogan. Erdogan has been criticized for intervening too much in the nation’s economy, particularly concerning its central bank. Erdogan claims that the central bank acting as if it is under a foreign authority has reduced confidence in the economy and the government.

Speaking of its government, since the founding of the modern state by Ataturk, Turkey has made a concerted effort, unlike its neighbors, to be secularist and not become dominated by Islamists. This attempt has been carried out, historically, by the military, which has initiated a number of coups to preserve the country as is.  The following video depicts the military’s role in the government.

However, these efforts are under threat of being rendered moot, thanks to Turkey’s most powerful politician since Ataturk, Recep Erdogan. Erdogan built his political career piece by piece, rising from professional soccer all the way to the position of Prime Minister. After serving the maximum allowable 12 years, he became the first ever directly elected president in the country’s position.

While Erdogan has been immensely popular during his rule, many view him as a threat to Turkey’s secular identity. This is due to many factors, including his religious upbringing, laws he has attempted to pass that prohibit certain freedoms with regard to Islamic doctrine, and his political leanings. The fear is growing because Erdogan is now attempting to alter the constitution in a way that grants the president far-reaching powers, which would be a massive shift for a position that until now has been mostly ceremonial. Erdogan has also had a combative foreign affairs history, including alienating a once-close ally in Israel and in failing to live up to promises offered to Kurds living in the south.  The accompanying video details Erdogan’s political career.

The Kurds represent just one of the two major threats to Turkey emanating from its south. The other is ISIS whose power base in Syria and Iraq touches the nation’s southern border and threatens to spill over it.

Turkey’s longest term enemy is within its own borders. The Kurds are led by the Kurdistan Workers Party (PKK). Since the party was outlawed by Turkey in 1984, 40,000 people have been killed as a result of the conflict. Erdogan negotiated a tentative peace with the group, however when the Kurds asked for assistance in fighting ISIS they were met with indifference.

The issue came to a head again recently when Kurdish members of the PKK ambushed and killed two Turkish police officers. This has led Turkish officials to state that they see no difference between groups such as the PKK and ISIS, in that both are viewed as terrorists. This explains recent air strikes then, against Kurdish positions in Iraq and Syria by Turkey, which effectively ends the ceasefire.  The video below discusses the issues between the Kurds and Turkey.

For the most part Turkey has tried and been successful in avoiding conflict with the barbaric terrorist group, but recent signs suggest this may be ending. Following a recent attack by militants and in light of the nearly two million refugees flooding into Turkey from Iraq and Syria, the country is no longer able to sit on the sidelines.

On July 26,  Turkey, as a member of NATO, called for a meeting under Article 4 of the treaty organization’s charter. It was only the fifth such time since the organization’s inception that such a meeting has been called. The Turks proposed a buffer where no militants will be allowed to operate within 68 miles of their border. In return for the assistance, the Turks will also give greater access to U.S. troops and aircraft fighting ISIS.

While the coalition fighting ISIS has long desired a foothold in Turkey for targeting the group, any agreement would come with strings attached. Not only would it mean condoning attacks by the Turks on the PKK, it would also condone many of the other undemocratic actions taking place within the country.

Turkey is literally a land at a crossroads between Europe and Asia, Christianity and Islam. For nearly a century, the country has maintained this tenuous position by adhering to the principles of the founder of the modern Turkish state, Ataturk. He called for a secularist nation and when the country strayed from this path, it was and has been repeatedly corrected through military intervention.

Secularism was made easier following the turn of the millennium as Turkey’s economy hummed, its relations with the Kurds improved, and a path to joining the E.U. looked open. However, life has a way of presenting obstacles and Turkey has begun to encounter several, ranging from its flat-lining growth and its power-hungry leader to its continued assault on minorities within its borders and beyond. It is this intersection that now presents Turkey with its most difficult decisions in the future to come. The choices it makes could very well change its direction.

All About Istanbul: Ataturk and the Modernization of Turkey

Debating Europe: Arguments For and Against Turkey’s EU Membership

Telegraph: How Turkey’s Economy Went From Flying to Flagging and Could Get Worse

Michael Sliwinski
Michael Sliwinski (@MoneyMike4289) is a 2011 graduate of Ohio University in Athens with a Bachelor’s in History, as well as a 2014 graduate of the University of Georgia with a Master’s in International Policy. In his free time he enjoys writing, reading, and outdoor activites, particularly basketball. Contact Michael at staff@LawStreetMedia.com.
Share:
Related ItemsEuropeEuropean UnionISISKudsMiddle EastNATOTurkey