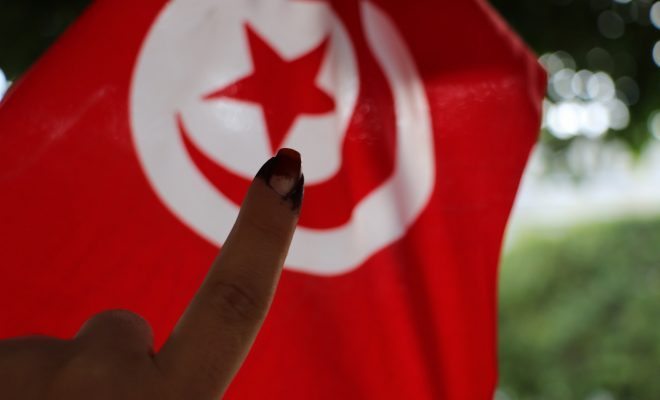 Tunisia: The Last Vestige of the Arab Spring?

On Monday, April 4, Tunisia became the first country to announce that it would reopen its consulate in Tripoli, the capital of Libya. While Tunisia did so out of concern for its citizens living in Libya, as well as for trade considerations, the move also reinforced Tunisia’s place as an outlier. Approximately five years after the Arab Spring, Tunisia is the only country left standing with a democracy and not mired in a civil war or an authoritarian takeover. While its neighbors, especially Libya, have all but collapsed, Tunisia has remained above the fray, even as the threat of ISIS rises.

Read on to find out how the Arab Spring affected Tunisia, how it is handling the ISIS threat, and what unique qualities have allowed the country to succeed following the Arab Spring when every other nation has essentially failed to live up to its promises.

The settling of the land where Tunisia now sits has been ongoing for thousands of years thanks to the country’s access to both the Mediterranean and the inland Sahara region. In classical times, Tunisia was home to Carthage, the powerful empire that challenged Rome but ultimately lost. After its defeat, it was ruled by Rome and later by the Berbers who converted to Islam in the 7th century after their defeat by Arab invaders. Tunisia was then ruled by a series of Muslim empires until 1881 when it was conquered by the French, becoming one of its colonies.

The French maintained control over Tunisia through a mixture of repression and concession, but that was not enough to stem the Tunisian independence movement, known as Destour. In the 1930s, Habib Bourguiba, who later became Tunisia’s first president, started the Neo-Destour party to renew the independence effort. Bourguiba was imprisoned in France but was later released by the German occupiers during World War II, at which point he began advocating for the gradual independence of Tunisia. In 1956, France officially granted Tunisia complete independence with Bourguiba as the head of state.

Habib Bourguiba served as Tunisia’s president from 1957 to 1987. During his tenure in Tunisia, Bourguiba ruled as a one-party leader who led a relatively western-style government. The first few years after its independence were marred by residual conflicts with France. Other significant events occurred later in Habib’s rule, such as when the Arab League and the PLO temporarily relocated their headquarters to Tunisia. In 1987, Bourguiba was replaced by his prime minister, Zine el-Abidine Ben Ali in a nonviolent coup. Problems with corruption and human rights violations led many to become dissatisfied with Ben Ali’s rule, eventually sparking a revolution.

Tunisia and the Arab Spring

Perhaps it is fitting that Tunisia is the last country espousing the promise of the Arab Spring since it was in Tunisia where protests initially started. In December 2010, an unemployed man named Mohamed Bouazizi lit himself on fire in protest after Tunisian police stopped him from selling fruit on the street. This act sparked protests that led to mass unrest. The protests eventually prompted the end of Ben Ali’s rule, forcing him to flee to Saudi Arabia. Since then, the country has had two democratic elections and enjoys relatively high levels of freedom.

However, things in Tunisia did not go off without a hitch. The first election was won by an Islamist group in 2011. By 2013 however, the momentum behind this group had stalled and was accompanied by the assassination of a prominent opposition candidate. Instead of collapsing, the party in charge looked at its neighbor in Egypt, which was seeing a nearly identical situation unfold, and agreed to try something different. In Tunisia, the ruling Islamist party agreed to step down while maintaining a role in the election process. This negotiation was orchestrated by four groups of activists which eventually earned them the Nobel Peace Prize.

Despite some success, the country faces several significant challenges. Namely, Tunisia has been slow to clamp down on corruption or hold security forces accountable for their history of violence. It is also struggling to deal with the growing influence of extremism among its citizens. Still, it bears asking, how or why has Tunisia succeeded while every other country involved in the Arab Spring failed?

One explanation of Tunisia’s success appears to be the very same Islamist party, Ennahada, which was elected after the revolution and then subsequently gave up power. Unlike many of its regional neighbors, such as the Muslim Brotherhood, Ennahada is much more secular and abhors the ideals of radical Islam. Aside from its ideology, what probably preserved democracy in Tunisia as much as anything else was its decision to give up power, which is one of the pillars of any democracy. By stepping aside in a volatile environment, Ennahada showed that change can be achieved peacefully through democratic means.

Despite these encouraging signs, more work needs to be done. In a recent poll, 83 percent of Tunisians stated they believed the country was going the wrong way. Much of this discontent is focused on slow-moving political reforms, especially when it comes to the economy. Many of Tunisia’s educated young working class have had a hard time finding jobs and are losing faith in the government’s ability to solve the problem. On top of all this is the security threat from Libya and ISIS. Tunisia has kept the democracy experiment alive through voting and the peaceful transition of power, but many Tunisians are getting frustrated with the current path.

The following video looks at Tunisia in the context of the Arab Spring and how it has been successful:

The Threat of ISIS

Tunisia’s success with democracy is all the more impressive given the large influence that ISIS has in the region and within the country. This paradox is most clearly illustrated by the fact that, despite being the most democratic and literate countries in the Islamic World, Tunisia is also the largest source of foreign fighters for ISIS. Between 6,000 and 7,000 Tunisians have left their homes to join ISIS with another 15,000 barred from making the trip. Even more interesting, many of these fighters have come from middle-class, even affluent, backgrounds. This throws the traditional narrative of terrorist breeding grounds into question. Some locals and experts attribute ISIS’s success in recruiting to a sense of disappointment with the post-Arab Spring government.

While Tunisia grapples with being simultaneously being the Islamic world’s most promising democracy and at the same time home to the most ISIS fighters, it must also look to danger from abroad. In 2015, Tunisia was home to two terrorist attacks that left 38 and 21 people dead respectfully. These attacks were conducted by ISIS and targeted tourists. As a result, the tourism industry, which makes up close to 10 percent of Tunisia’s economy, fell decreased significantly.

Perhaps Tunisia’s greatest threat, though, comes from neighboring Libya. Libya is where many Tunisian ISIS recruits go to train before coming back to plan attacks. One such attack was beaten back earlier this year in March when Tunisian security forces managed to fight off an invasion attempt from ISIS soldiers in the town of Ben Guerdane. Although they managed to successfully repel ISIS in Ben Guerdane, the fear and likelihood of more attacks remain strong. In fact, Tunisia is now constructing a wall along its border with Libya with help from the United States and Germany.

The video below takes a closer look at Tunisian government’s difficulty preventing its citizens from joining ISIS:

Five years after the start of the Arab Spring the results do not look promising. Three of the countries involved are engaged in civil war–Yemen, Libya, and Syria–and in Bahrain, the monarchy clings to its power. Meanwhile, authoritarian rule has been restored in Egypt. By most accounts, Tunisia is the only power to experience any meaningful progress toward democratization. Tunisia’s success is even more inexplicable because it is also the number one source of foreign fighters for ISIS and it remains under the constant threat of attack by ISIS fighters who are based in Libya.

But Tunisia and its Arab Spring idealism continue to endure. The nation is certainly not without difficulties and it nearly succumbed to the same problems that doomed Egypt. How was Tunisia able to navigate this mine field when everyone else failed? A leading explanation is Tunisia’s peaceful transition from one government to another, despite its political and social chaos.

Ultimately, though, people’s patience is not infinite and new polls suggest concerns over the political process, the economy, and national security may threaten the long-term success of democracy in Tunisia and the Arab Spring in general. But if Tunisia can solve these problems it will be a testament to a movement that believed that democracy is possible in the Islamic world.

Libya Herald: Tunisia to Reopen its Tripoli Embassy and Consulate

Time: Why the Arab Spring Has Not Led to Disaster in Tunisia

The Wall Street Journal: How Tunisia Became a Top Source of ISIS Recruits

The Atlantic: Tunisia Is Still a Success

U.S. News and World Report: 5 Years After the Spring

Michael Sliwinski
Michael Sliwinski (@MoneyMike4289) is a 2011 graduate of Ohio University in Athens with a Bachelor’s in History, as well as a 2014 graduate of the University of Georgia with a Master’s in International Policy. In his free time he enjoys writing, reading, and outdoor activites, particularly basketball. Contact Michael at staff@LawStreetMedia.com.
Share:
Related ItemsArab SpringDemocracyISISIslamismMiddle East and North AfricaTunisia