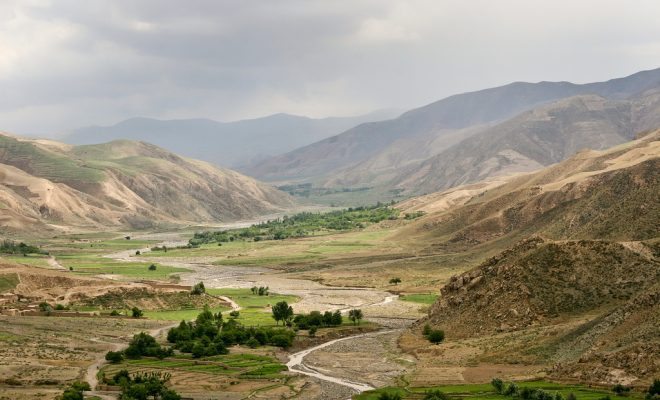 The Taliban Captures Kunduz: Should the U.S. Still Leave Afghanistan as Planned?

ISIL and the Iran Nuclear Deal have dominated the news in the Middle East as of late. But this week brings another headline contender, the actions of the Afghan Taliban. On Monday, the Taliban gained serious headway by capturing the major Afghan provincial capital of Kunduz. This is a real setback for the U.S.-trained Afghan security forces. The attack also raises the question of whether the U.S. will pursue the same exit plan from Afghanistan as it had intended.

The Attack on Kunduz

By the end of this summer, the Taliban and Afghan government were at an essential stalemate after months of back and forth. There weren’t any real victories nor losses; however, that quickly changed on Monday. Taliban forces took the city of Kunduz within hours of attacking. Kunduz was last under the Taliban’s control in 2001, before the U.S. entered Afghanistan and the Taliban fell from power. The city was considered one of the regional “centers of the American troop surge” five years ago. It is also the first major city to fall to the Taliban in fourteen years.

Kunduz, Afghanistan’s fifth largest city, was estimated to contain 300,000 residents in 2013. However, with the recent exodus of refugees in the Middle East, the number is probably lower. The city sits in the far north of the country, and is considered a main trading center as it contains essential supply lines and smuggling routes. The city is located approximately forty miles from the Tajikistan border.

During the siege, the Taliban freed hundreds of prisoners held in Kunduz. Crowds following the lead of a Taliban fighter with a megaphone chanted “Death to America! Death to the slaves of America!” Of the 600 freed inmates, 144 are reportedly members of the Taliban.

As for casualties, a spokesman for the Public Health Ministry, Wahidullah Mayar, tweeted that 30 people had been killed and more than 200 injured. He also stated that 90 percent of them were civilians. The main trauma center, run by Doctors Without Borders, reported receiving 171 wounded people, including 46 children. A representative from the center also expressed extreme concern over limited supplies and a growing number of wounded civilians.

After the attack, the newly elected emir of the Taliban, Mullah Akhtar Mohammad Mansour, issued a statement to the residents of Kunduz. The statement hit five focal points: the Taliban would safeguard the city and the people inside, it would refrain from “extrajudicial killings, looting or breaching,” residents should feel safe in returning to work as normal, the Taliban would not retaliate against security forces or the government, and lastly, the Afghan government should discontinue blaming “outside intelligence agencies” for its defeats. However, according to the New York Times, alleged reports and videos from inside the city counter these promises. According to one official, electricity and phone services are out in most of the city. Roads to enter and leave the city have also been blocked.

A Lack of Preventative Measures?

The fall of Kunduz has left some questioning the strength and pragmatism of the Afghan government led by President Ashraf Ghani.

First off, the success of the attack itself may have been able to be prevented. Over the course of the past year, local officials in Kunduz reported Taliban movement surrounding the city. Meanwhile, some members of the Afghan government, along with Western officials, didn’t appear to take these concerns seriously. They believed the Taliban’s gain to be minimal and isolated to rural areas. Mohammad Yousuf Ayoubi, the head of the Kunduz provincial council, stated that although 70 percent of the province surrounding the city remained under Taliban control, zero efforts were made by security forces to make an offensive move or reinforce the city. This lack of preparation is being partly blamed for the fall of Kunduz.

As of Wednesday, the counter-attack had yet to see much success. On Tuesday, Afghan security forces fought back, including at least two U.S. air strikes. But by Wednesday morning, the situation seemed worse. Afghan reinforcements were held in the Baghlan Province, completely stopped or delayed by Taliban ambushes. One report cited 1000 Afghan soldiers and police officers held in the northern part of Baghlan.

The Taliban further advanced Tuesday night, surrounding the local airport, where hundreds of Afghan forces and civilians retreated. During the course of the night, “at least 17 members of the Afghan National Civil Order Police were wounded and one was killed defending the area around the airport.” The situation mildly improved after the U.S. air strikes, but U.S. attempts to airdrop food and ammunition reportedly failed. By noon on Wednesday, 60 soldiers had surrendered or had been taken by the Taliban.

So, how does this recent development fit into the relationship between the United States and Afghanistan?

The U.S. and Afghanistan

The End of the War

On December 28, 2014, the U.S.-led coalition ended its combat mission in Afghanistan. The war began October 7, 2001, when the Taliban harbored and refused to give up Osama bin Laden and al Qaeda after the 9/11 attacks. U.S and NATO allies have remained ever since in order to train Afghan military forces and police officers to be self-sufficient, even after the fall of the Taliban.

“Over the course of a decade,” stated Army General John Campbell, chief of the International Security Assistance Force, “our Afghan partners and we have built a highly capable Afghan army and police force of over 350,000 personnel.” December 2014 marked the end of the longest war in American history and the transition to the NATO Resolute Support mission. The mission called to gradually reduce troops on the ground and “train, advise and assist” Afghan Security Institutions. Twenty-eight NATO Allies and 14 partner nations contributed to the mission.

The Removal of U.S. Forces in Afghanistan

Before the formal end of the war, President Obama laid out a removal plan of U.S. forces in Afghanistan in May 2014. He planned to remove all but 9,800 American troops by the end of 2014, cut that number in half by 2015, and eventually pull the remaining troops by 2016. By the end of his presidency, President Obama planned the U.S. presence in Afghanistan to be that of a normal embassy with a security assistance office in Kabul.

This past May the plan was modified. During a meeting at the White House, President Ghani asked for the withdrawal plan to be slowed down. The meeting clearly reflects a serious concern on behalf of Ghani that a Taliban resurgence could manifest once U.S. forces have departed. Obama agreed to keep the number of U.S. forces at 9,800 until the end of the year, but still vowed to uphold his decision to remove all forces by 2016. Obama’s approval of the additional 5,000 troops shows confidence in Ghani’s leadership. Relations between the Obama administration and Ghani’s predecessor, Hamid Karzai, had rapidly crumbled before Karzai’s term ended. Unlike Ghani, Karzai refused to sign a bilateral security agreement in exchange for a continued U.S. military presence. Obama called Ghani’s leadership “critical to the pursuit of peace.”

The current removal plan from Afghanistan is very reminiscent of the removal of U.S forces from Iraq in 2011, which did lead to severe consequences. Although the Obama administration exudes confidence in the status of the Afghan security forces, some Republicans and other critics fear history will repeat itself. Violence erupted in Iraq after the withdrawal of U.S. troops. Critics claim the void of leadership allowed the growth of ISIL.

The fall of Kunduz promptly led to statements equating it to Iraq.

Rep. Mac Thornberry (R-Texas), chairman of the House Armed Services Committee, stated “The fall of Kunduz to the Taliban is not unlike the fall of Iraqi provinces to ISIL…it is a reaffirmation that precipitous withdrawal leaves key allies and territory vulnerable to the very terrorists we’ve fought so long to defeat.”

In a similar tone, Sen. John McCain (R-Ariz.), stated “It is time that President Obama abandon this dangerous and arbitrary course and adopt a plan for U.S. troop presence based on conditions on the ground.”

If anything, the current state of Kunduz doesn’t promote confidence in Afghanistan’s forces maintaining control.

The Taliban’s control of Kunduz may very well be short-lived. But it could also be a warning sign. The strength and leadership of the Afghan government’s security forces needs to be able to stand on its own. We may be looking at a conflict that draws the United States back in. As of this moment, peace talks between the Ghani government and Taliban have been all but abandoned, and the situation seems to be worsening–what happens next will depend on the many players wrapped up in the growing conflict.

Jessica McLaughlin
Jessica McLaughlin is a graduate of the University of Maryland with a degree in English Literature and Spanish. She works in the publishing industry and recently moved back to the DC area after living in NYC. Contact Jessica at staff@LawStreetMedia.com.
Share:
Related Items9/11KunduzTalibanTerrorUnited StatesWarWar in Afghanistan