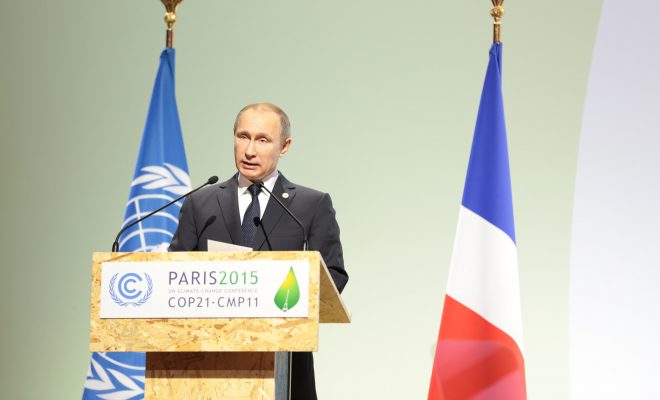 The Story Behind the U.S.-Russia Relationship

On Thursday, December 29, President Barack Obama placed sanctions on Russia for its alleged hacking of several American institutions. While the sanctions themselves are not unprecedented–the U.S. had sanctioned Russia two years earlier–they point to another unfortunate episode in an increasingly contentious relationship between the two nations. This relationship has eroded as these former adversaries have clashed over Crimea, the nation of Georgia, Syria, and U.S. presidential elections, all within the past decade. While some recent developments suggest the relationship may start to improve, much of the future remains uncertain. Read on to see how the U.S.-Russia relationship has developed over the years, where exactly it stands now, and what it will look like in the future.

The United States and the Empire of Russia

The relationship between the United States and Russia, then the Russian Empire, dates back to before the U.S. government was even firmly established. During the American Revolutionary War, Russia ultimately decided to remain neutral and not offer any support to the British despite being a British ally at the time. The next time the two nations went to war, in the War of 1812, Russia was once again involved as it offered to serve as a mediator. While the offer was declined by the British, a relationship between Russia and the United States was forming.

Although the relationship had initially been positive, a degree of tension arose between the two nations when the Holy Alliance–Russia, Austria, and Prussia–threatened to intercede in Central and Latin America, a perceived violation of the U.S. sphere of influence established by the Monroe Doctrine. The issue was ultimately resolved and no serious conflict resulted. Russia would get back in America’s good graces when it nominally supported the United States during the Civil War, including sending ships to the American East and West Coasts. While historians contend this move was actually to avoid having those ships blocked or destroyed by British and French troops during the Crimean War, and although Russia never provided physical support, the presence of the Russian sailors was positive.

Perhaps the most significant interaction between the two, prior to World War II, was the purchase of Alaska, completed in 1867. Russia was keen to sell the land because it was too far away to administer and also because it needed money following the Crimean War. The United States initiated the purchase in 1859 but held off on actually buying the land until 1867 following the Civil War. The sale price was $7.2 million and was initially viewed as a mistake until large mineral deposits were discovered.

The United States and Russia continued their relationship into the 20th century during several important events. The first was the United States getting Russia and several European empires to agree to an Open Door Policy in China, which ensured its territorial integrity. The second was the United States, under Theodore Roosevelt, mediating the Russo-Japanese War of 1904-1905.

Even when the relationship was strained, the U.S. offered substantial aid to Russia following the outbreak of World War I and later during a massive famine in 1921-1923. However, the United States, along with other Allied governments, also sent troops in to undermine the new communist regime following their takeover and subsequent withdrawal from World War I. When the USSR was declared in 1922, all diplomatic ties were severed.

The United States did eventually reestablish diplomatic ties with the USSR in 1933. During World War II, the two countries would become allies, with the USSR receiving supplies from the U.S. as part of the Lend-Lease program and later when both countries fought the Axis Powers. These two nations, along with France, China, and the U.K. would also become the five permanent members of the U.N. Security Council following the war.

That was the high point, however, and for the next 45 years or so, the relationship was increasingly tense during the Cold War. This was particularly true with the “Iron Curtain” descending on Eastern Europe in 1947 and America introducing its policy of containment. The two sides then squared off in a stalemate, which was occasionally punctuated by major events like the Cuban Missile Crisis in 1962. Both countries also engaged in a heated space race with the USSR launching the first satellite in 1957 and United States becoming the first and only country to land a man on the moon in 1969.

Tensions normalized somewhat in the 1970s with the first talks on reducing nuclear weapons stockpiles and for cooperation in space. However, they flared once more in the 1980s with the Soviet invasion of Afghanistan. The decade closed, though, with resumed talks on disarmament. The 1990s began with a bang, or more specifically a coup in 1991. The coup failed and so did the USSR soon after, breaking into 15 countries later that year. The video below looks at the history of the Cold War:

The fall of the Soviet Union was greeted hopefully by the United States with the Nunn-Lugar Cooperative Threat Reduction Program, aimed at collecting nuclear material, infamously named “loose nukes,” from the former Soviet Republics. The two also collaborated again on the space program, culminating with the International Space Station.

Relations began to cool again after both George W. Bush and Vladimir Putin came to power, particularly when President Bush withdrew from the Anti-Ballistic Missile treaty in 2002. This was followed by Russian opposition to the Iraq war, U.S. support for Kosovo gaining independence, and an American anti-missile defense system proposed for Poland. Relations between the two countries declined precipitously following the 2008 invasion of South Ossetia and the subsequent war between Russia and Georgia.

Following this episode, the then-incoming Obama Administration called for a policy “reset” in 2009. Things certainly seemed promising with the New START agreement that called for nuclear arms reduction between the United States and Russia in 2010, along with Russia agreeing to new sanctions on Iran’s nuclear program. From there, however, the situation took a turn for the worse again, when Russia supported Bashar al-Assad in Syria, alleged Russian spies were detained in the United States, and Russia cracked down on human rights in 2012 following Vladimir Putin’s election as president. Russia also expelled USAID from the country and made all NGOs register.

Although both countries came to some agreements to strengthen sanctions on North Korea following its nuclear weapons test in 2013, relations continued to deteriorate when Russia granted asylum to Edward Snowden later that year. This intensified significantly with Russia’s seizure and subsequent annexation of the Crimean Peninsula, as well as its support for separatists in Eastern Ukraine. These actions led the U.S. to place economic sanctions on Russia and expel it from the G8.

Most recently, the United States and Russia have continued to bicker over the Syrian conflict and Russian support for the Assad regime. However, the greatest spat appears to have come in the wake of the recent election when several U.S. intelligence agencies concluded that Russia had interfered in the presidential election through targeted hacking and leaking. This news caused President Obama to increase sanctions and expel 35 Russian nationals from the country. The CIA updated its assessment to conclude that not only did Russia interfere in the election, it did so to help elect Donald Trump.

While Russia and the U.S. have shared a tense relationship for more than a decade, the two countries see signs of hope with the election of Donald Trump. President Trump has seemed to confirm this with what he has already said concerning Russia. For evidence, one need look only as far as President Obama’s recent sanctions against Russia and President Trump’s subsequent praise of Vladimir Putin’s intelligence for not responding in kind. The following video looks at the potential relationship with Donald Trump as president:

President Trump indicated that he hopes to warm relations between the two countries not just with his words but also with his recent actions–namely, by nominating Rex Tillerson for Secretary of State. Tillerson was formerly the CEO of Exxon Mobile and has a lot of business experience working with the Russian government. In fact, Tillerson was once awarded Russia’s Order of Friendship by Vladimir Putin himself. While all of Tillerson’s experience with the country comes from his work in the private sector–acting on behalf of Exxon Mobil rather than the American government–early indications suggest that Russia is pleased with his selection.

Nevertheless, the U.S.-Russia relationship is dictated by more than just the president and his cabinet and that is where things start to get complicated. While Trump sang Putin’s praises for exercising restraint, Republican members of Congress were happy to see additional sanctions placed on Russia, which many considered overdue. In some cases, such as with Senator John McCain, the sanctions were not enough and he pledged to work for even tougher measures. Thus the jury remains out on the future of the relationship; however, the opportunity for improvement appears to be there.

The relationship between Russia and the United States has ebbed and flowed. At first, like many other countries in Europe, Russia treated the United States as a trading partner but not much else. However, with the dawn of the twentieth century and the ascension of the United States as one of the preeminent powers in the world, Russia began to take notice. This situation came to a head following World War II when they were the only two superpowers left standing, prompting competition for ideological control of the world.

However, following the collapse of the Soviet Union, early indications seemed to suggest the United States and Russia could finally work together and form a more collaborative relationship. Unfortunately, this was not to be the case, as the early 21st century featured more disagreement and mutual antagonism. With the rise of Vladimir Putin and his sustained grip on power, the situation has only deteriorated further. While newly elected President Trump has suggested a closer partnership, it remains to be seen if that will stand the test of his term or if Congressional Republicans will even allow it. In the meantime, the United States and Russia will continue their long, circling dance, interacting when necessary and quarreling regularly.

Michael Sliwinski
Michael Sliwinski (@MoneyMike4289) is a 2011 graduate of Ohio University in Athens with a Bachelor’s in History, as well as a 2014 graduate of the University of Georgia with a Master’s in International Policy. In his free time he enjoys writing, reading, and outdoor activites, particularly basketball. Contact Michael at staff@LawStreetMedia.com.
Share:
Related ItemsDiplomatic HistoryForeign PolicyForeign RelationsHistoryRussia